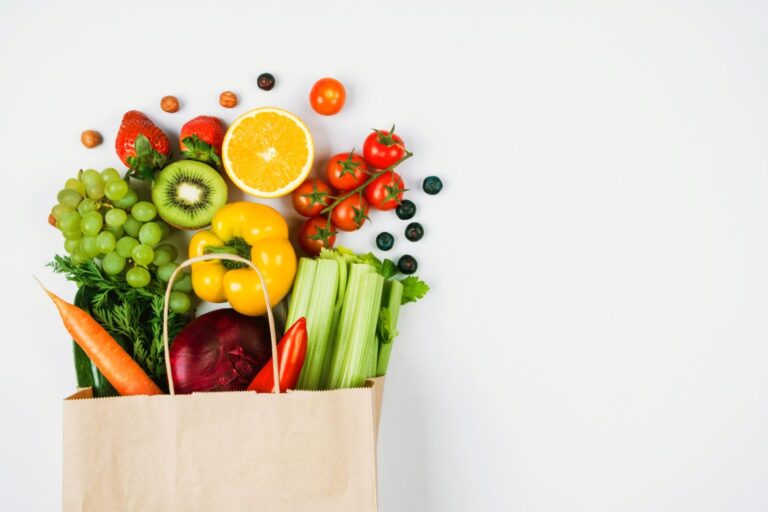 According to the American Diabetes Association, 37.3 million Americans, or 11.3% of the population, had diabetes in 2019, and 96 million Americans (38.0% of the adult US population) had prediabetes. Diabetes was the seventh leading cause of death in the U.S. in the same year, and it usually comes together with other co-morbidities, particularly heart disease and cancer. And yet, the odds can be reversed through proper nutrition. Let’s explore together what you and your loved ones can do to optimize nutrition to treat diabetes effectively, or even better, avoid it in the first place.

A healthy plant-based diet is a good recipe for the prevention and treatment of diabetes but also other chronic conditions, such as cardiovascular disease, healthy body weight, blood pressure, or cholesterol.

A 2014 meta-analysis found that a plant-based diet significantly improves blood sugar control in type 2 diabetes. In some studies, the benefit of leaving out meat, cheese, and eggs was as much as 0.7 points in HbA1c, a marker of long-term blood sugar control, and averaged about 0.4 points overall. That means that a plant-based diet is more effective both in the prevention and treatment of diabetes compared with other conventional diets and brings some additional benefits to heart health.

What is it about plant foods that help people with diabetes so much? First, it’s the high intake of fiber that slows down the digestion of carbohydrates and helps with blood sugar control, satiety, and weight management. Second, the high content of polyphenols and other antioxidants is an independent factor that helps in diabetes management. And third, a plant-based diet changes your gut microbiome composition and promotes healthy gut bacteria.

2. Start and Finish Eating Your Meals Early in the Day

Starting and finishing your meals early in the day will help reset your body clock and the clock genes and improve your metabolism.

One study enrolled men with prediabetes and compared an early time-restricted eating regimen (a 6-hour eating window with the last meal eaten before 3 pm) with a control schedule (a 12-hour eating window). The early time-restricted eating improved insulin sensitivity, the ability of beta-cells to produce insulin, and reduced blood pressure, oxidative stress, and appetite, compared with the 12-hour eating window. Therefore, starting and finishing your meals earlier in the day makes sense for your overall cardio-metabolic health.

Being publicly-funded gives us a greater chance to continue providing you with high-quality content.Click here to Support Us

3. Having a Big breakfast Every Day Will Help Burn More Calories During the Day

A randomized clinical trial in 23 obese people compared eating breakfast every day to fasting until noon for six weeks. Eating breakfast daily resulted in a 76 percent greater physical activity thermogenesis during the morning compared with fasting during that period, despite no difference in energy intake. Morning fasting resulted in partial dietary compensation (i.e., greater energy intake) later in the day. Furthermore, insulin sensitivity (the way your body responds to ingested carbohydrates) increased with breakfast relative to fasting. So, starting your day off with a nice quality breakfast is like jump-starting your day.

4. Eat at Least 5 Servings of Fruits and Vegetables for a Healthy Heart

So, how much fruit and vegetables should we consume every day? The average daily consumption in the US is one serving of fruit and 1.7 servings of vegetables, which allows increasing the intake at least to the minimum recommendations of 5 daily servings. The study also showed a linear relationship between fruit and vegetable consumption and the risk of coronary heart disease and stroke, suggesting an increased benefit with additional servings beyond five servings a day. So, the more fruits and vegetables, the better for your heart.

This extensive meta-analysis also seems to confirm the old saying about an apple a day. Apples are, among others, a good source of quercetin. An average apple will give you about 13 mg of quercetin. The association between quercetin intake and the risk of several chronic diseases was studied in a large prospective study that included data from more than 10,000 men and women in Finland. People with higher quercetin intakes (4-5 mg of quercetin a day on average) had lower mortality from ischemic heart disease by 21 percent compared with people with low intakes of quercetin. So, one apple’s got you covered. And you’ll be happy to know that it will also strengthen your immune system.

5. Eat Meals at Regular Times and Your Body Will Process Calories More Efficiently

What role does regularity in eating your meals play in your heart health and your metabolism? Two randomized cross-over trials compared the effects of regular meals with eating irregular meals with varying meal frequency (3-9 meals/day) in lean and obese adult women. In both studies, eating meals at regular (consistent) times improved blood lipids and insulin response to a test meal.

In addition, in women with extra body weight, having regular (consistent) mealtimes for meal consumption also resulted in eating fewer calories, and increased the thermic effect of food, i.e., the amount of energy released after meal ingestion in the form of heat. That means that regular (consistent) mealtimes improved the metabolism of lipids (fats) and carbohydrates in both lean and obese women, and additionally, they also positively affected the energy balance in women with extra body weight.

6. Make Dinners the Lightest Meal of the Day and Skip Them a Few Times a Week

There was a marked difference between the groups in metabolic risk factors. Women in the group who ate a large breakfast experienced reductions in fasting plasma glucose and insulin, along with decreased insulin resistance and improved glucose tolerance, compared with the group of women consuming a large dinner. These studies suggest that eating meals earlier in the day may positively influence your glucose metabolism and reduce your risk of diabetes.

But even less extreme shifts in food intake may have profound effects on cardiometabolic risk markers. One study was testing carbohydrate metabolism and blood sugar control in 32 young, normal-weight women after two weeks of eating an early or a late lunch (at 1 pm and 4:30 pm, respectively) with the same nutrition content. Post-meal blood sugar was 46 percent higher after the late lunch compared with the early lunch. Additionally, late lunch blunted the daily cortisol profile.

This study suggests that glucose tolerance (our ability to efficiently use carbohydrates) is decreasing sharply during the afternoon, and even a late lunch may disrupt the circadian rhythms of some hormones. It’s smart to make your dinners the lightest meal of the day or ever skip your dinner, at least a few times a week.

The data from more than 50,000 participants in the Adventist Health Study-2, a healthy US study population, showed a linear relationship between the number of meals eaten per day and the probability of gaining weight over more than seven years. The more snacks people were eating, the more likely they were to gain weight, compared with eating three meals a day. Interestingly, two meals a day were even better for weight management than three.

An analysis from the Nurses’ Health Study of more than 13,000 women tracked the women’s intake of fruits and vegetables for 11 years and compared these values with their cognitive brain function when the women were in their 70s. The study found that total vegetable intake was significantly associated with less cognitive decline. More specifically, women who ate the greenest leafy and cruciferous vegetables—both high in folate and antioxidants—had less decline in brain function than women who ate these vegetables less frequently.

These findings were later confirmed by a systematic review of nine studies with a total of 44,004 participants, which showed that increased intake of vegetables was associated with a lower risk of dementia and slower rates of cognitive decline in older age.

Some studies have demonstrated the protective effects of polyphenols, found in different fruits and vegetables, such as resveratrol (found mainly in grapes and berries), in cardiovascular disease, cancer, diabetes, and neurodegenerative diseases, possibly by modulating the gut microbiota and by interacting with circadian clocks and rhythms. That means that the timing of eating foods rich in polyphenols may also be important.

Soy isoflavones (phytochemicals found in soy foods) seem to have antioxidant properties and may be beneficial for your heart and brain. A few studies in Japan, where people consume a lot of soy products, have shown that a diet high in soy foods and isoflavones may help in the prevention of dementia and cognitive decline.

9. Limit Your Eating Window to 6 Hours and Eat Two Meals a Day

Eating two meals a day, breakfast and lunch, incorporates the best parts of intermittent fasting. It puts the emphasis on eating your calories early in the day, allows us to get satiated typically during a 6-hour eating window, and provides major benefits of a prolonged fasting period that is aligned with the circadian rhythms. It is more sustainable in the long term. Many people living in Loma Linda, California, one of the Blue Zones where people are the healthiest and live the longest, have been practicing this way of eating for decades and are reaping its health benefits.

10. Include an 18-Hour Fasting Window Every Day, or at Least a Few Times a Week

The analysis of the data from the National Health and Nutrition Examination Surveys (NHANES) showed that each 3-hour increase in nighttime fasting was associated with a 19 percent risk reduction of having an elevated HbA1c, a marker of long-term glycemic control. That means that longer nighttime fasting may help in the prevention of prediabetes and diabetes. Women with a long night’s fast also had lower concentrations of CRP (C-reactive protein, a marker of inflammation). In other words, longer nighttime fasting seems to be beneficial in the prevention of prediabetes and diabetes, and also decreases inflammation.

Intermittent fasting reduces your fat stores and your leptin levels, promotes the diversity of the gut microflora, enhances the integrity of the gut lining, reduces systemic inflammation, and optimizes immune function.

Being publicly-funded gives us a greater chance to continue providing you with high-quality content.Click here to Support Us

For more Animal, Earth, Life, Vegan Food, Health, and Recipe content published daily, subscribe to the One Green Planet Newsletter! Also, don’t forget to download the Food Monster App on the App Store or Google Play Store. With over 15,000 delicious recipes, it is the largest meatless, vegan, and allergy-friendly recipe resource to help reduce your environmental footprint, save animals and get healthy! Lastly, being publicly funded gives us a greater chance to continue providing you with high-quality content. Please consider supporting us by donating!