23 High-Protein Vegetables To Add To Your Diet 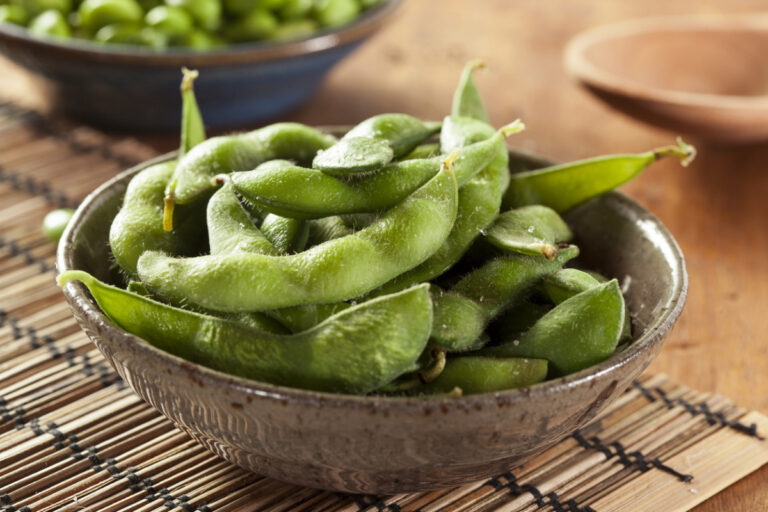 Switching to a primarily plant-based diet has been repeatedly shown to benefit health in many ways, but if you’re used to getting the vast majority of your protein from animal sources, you may be wondering what plants in particular to replace your beef, chicken and other meat sources with.

“It’s possible to get all the protein you need from plants but it takes careful planning,” says registered dietitian Miranda Galati, RD. She says that this is because many plant proteins are incomplete, meaning they don’t provide all the essential amino acids we need to consume from food. “To make sure you’re getting enough protein on a plant-based diet, eat a variety of foods with plant protein regularly, including whole grains, beans, legumes, nuts, seeds and minimally processed soy products,” Galati says, adding that a good goal to aim for is two plant proteins per meal.

What does this look like, exactly? Use this list of 23 high-protein vegetables as your guide. It includes the types of foods Galati mentioned (like different types of whole grains, beans and soy) as well as foods you’ll find in the produce section.

Related: 10 Protein Sources That Will Help You Lose Body Fat

23 High-Protein Vegetables to Add to Your Diet

Judy Simon, RDN, a registered dietitian, owner of Mind Body Nutrition, and faculty member at the University Washington Nutritional Sciences Program, says that beans are a great protein source and are also super high in fiber, a nutrient most people in the U.S. don’t get enough of. “The fiber in beans helps slow the digestion of their carbohydrate energy sources and promotes excellent blood sugar control,” she says, adding that beans are also a great source of iron, folate and magnesium.

Similar to beans, Simon says that lentils also are high in both protein and fiber. One serving of lentils has 24 grams of protein and 10 grams of fiber. Cooked lentils can be enjoyed in soups, stews, dals and curry.

One cup of chickpeas has 12 grams of protein. In addition to being enjoyed in their whole form, incorporated into salads, stews, and even in pasta, they can also be enjoyed as hummus. Either way, you’ll be getting a lot of great protein!

Don’t make the mistake of bypassing the produce section when shopping for high-protein vegetables. “Peas contain eight grams of protein per serving,” Simon says. This is exactly why the veggie has become a core ingredient in many protein powders.

Despite their name, black-eyed peas are technically beans. Just half a cup of black-eyed peas has a whopping 20 grams of protein. Don’t just save this food for New Year’s!

Another produce item with protein is corn. One cup of corn has five grams of protein. While it may not be as much protein as some of the other foods on this list, it certainly adds up—especially when combined with other vegetables.

As Galati mentioned earlier, soy is a vegetable full of protein. One of the most commonly consumed soy-based foods is tofu. “Because of the way [soy-based foods] are processed, they tend to be a more efficient source of protein than some other plant foods. For example, three oz of firm tofu contains nine grams of fiber and less than one gram of carbohydrate,” she says.

Like tofu, tempeh is also made of soy, but while tofu is made with condensed soy milk, tempeh is made from fermented soybeans. Tempeh is actually slightly higher in protein than tofu. Both are great sources to consider.

Galati says that edamame is another soy-based food that’s high in protein, with 18 grams per cup. Edamame also has fiber, calcium, magnesium, phosphorus and potassium.

Just like other soy-based foods like tempeh, tofu, and edamame, soybean sprouts have a similar nutrient profile—protein included. Soybean sprouts can be enjoyed as a side dish or added to stir fries, salads, or soups.

Many people think of potatoes for their carbohydrates and potassium, but tubers are also full of protein. One large red potato has almost seven grams. Sweet potatoes also have a small amount of protein.

One cup of broccoli has almost three grams of protein, which isn’t a ton, but it’s also more than most people expect from a green veggie. Adding broccoli to your meal is an easy way to up both the fiber and protein at the same time.

“Don’t forget that whole grains are an excellent source of protein,” Simon says. One of her favorites is black rice, which she says has six grams of protein per cup, slightly higher than the protein in white rice.

Similar to black rice, wild rice has six grams of protein per cup. Wild rice has a slightly chewier texture and grassier taste compared to white rice and is especially delicious as a pilaf with vegetable broth and other veggies, like mushrooms, carrots and celery.

Quinoa is another whole grain that Simon says is full of protein, with eight grams per cup. Other nutrients quinoa brings to the table include fiber, calcium, magnesium and iron.

Mushrooms also contain protein. Oyster mushrooms in particular are especially high, with five grams of the nutrient per cup. Combine the ‘shroom with wild rice and a few other vegetables on this list and you have yourself one nutrient-rich, high-protein meal!

Galati says that nuts and seeds are best thought of as a fat source, but they do contain protein. “Some nuts and seeds contain more protein than others. For example, three tablespoons of hemp seeds contain 10 grams of protein,” she says, highlighting one often overlooked source.

Related: Registered Dietitians Reveal the 10 Healthiest Nuts to Snack On

Another seed that’s particularly high in protein, according to Galanti, is pumpkin seeds. “One-third cup of shelled pumpkin seeds contains 15 grams of protein,” she says. Similar to nut butters, you can also find seed butters, including pumpkin seed butter, at many grocery stores.

Hemp and pumpkin seeds may rank high on the protein front for seeds, but what about nuts? Good old peanuts are a great go-to. Just a quarter cup has nine grams of the nutrient.

While technically a fruit, avocados are one of the most nutrient-dense foods you’ll find in the produce section. You may already know that avocados are a good source of healthy fats and fiber, but did you know they contain protein too? One cup of mashed avocado has almost five grams of the nutrient.

One medium-sized artichoke only has 60 calories, but the veggie has four grams of protein making it a great way to up the amount in your meal when combined with other veggies on this list. Artichokes also support good gut health because they contain soluble fiber.

Want to choose a green that has protein? Go for collard greens, which have two grams per cup. It’s not high enough in protein to be used as a primary protein source, it has more protein than some other types of greens, such as spinach and kale.

As Galati mentioned earlier, nuts and seeds all contain protein. One that’s often overlooked that’s worth calling out is chia seeds. One ounce has almost five grams of protein, making it a great addition for smoothies, in oatmeal, or mixed into yogurt.

As you can see, there’s no shortage of high-protein vegetables to incorporate into your diet. But both dietitians emphasize that variety and planning are both important. “Meeting your overall nutrient needs on a plant-based diet takes careful planning,” Galati says. “Although they can offer adequate protein, plant-forward diets may be deficient in vitamin B12, omega-3 fatty acids, calcium, iron and zinc.” For this reason, she recommends talking with a healthcare provider, dietitian, or nutritionist if you are considering a plant-based, vegetarian, or vegan diet. That way you can be sure to get all the nutrients your body needs through food and, if needed, supplements.

Next up, check out this list to see the top 20, according to registered dietitians.