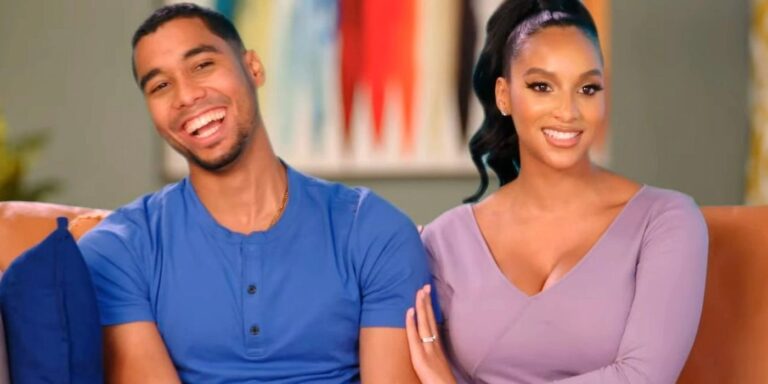 These 90 Day Fiancé couples lost weight together, while giving each other emotional support. The before and after photos are dramatic.

Apart from 90 Day Fiancé cast members who have shared weight loss journeys with fans, there have also been couples who started fitness transformations together. Fans have watched several stars from the TLC franchise detailing their workout routines, diet plans, and weight loss secrets, as they tried to achieve their health goals. Ariela Weinberg, Winter Everett, Natalie Mordovtseva, and Molly Hopkins are among the top cast members who continue shocking fans with their “before and after” weight loss photos.

The ways in which these 90 Day Fiancé stars lost weight varied widely. Ariela claimed that she lost almost 50 pounds from breastfeeding, and then there’s Winter, who went to Mexico for risky gastric bypass surgery after getting inspired by TikTok’s “weight loss Barbie.” Natalie shed over 30 pounds in three months, by going on a Keto diet, doing intermittent fasting, and working out. Another star who shed pounds is Molly, who is now about half her size. She claims to have lost 24 pounds by taking Plexus supplements.

There are cast members whose 90 Day Fiancé icon partners inspired them to get thinner, and since then, they have shown off dazzling results. Interestingly, some of these people have been supportive of their better halves, right from the beginnings of their significant others’ transformations. However, one 90 Day Fiancé star did accuse his partner of being envious of his makeover. Nonetheless, these weight loss stories are as impactful as the solo journeys, where celebs worked hard to get fit and fabulous, without the help of partners.

David became a reality TV star after he first appeared on 90 Day Fiancé season 5, where he shared his love story with now-wife, Annie. David revealed that before meeting Annie, he was in a dark place in his life. He also described himself as overweight at 350 pounds. He’d divorced his wife of 21 years, lost his job and his home, and suffered a stroke. Reality TV celeb David was slim and trim when the show was filmed, but over the years, he started gaining weight. In fact, his higher weight made it difficult for him to breathe. Finally, David decided to lose weight, and went from size 50 to size 40, as revealed in January of this year. Keeping David company in his weight loss journey is Annie, who’s gotten six sizes smaller. Along with weight loss, Annie also got lip injections to change her look, and some 90 Day Fiancé fans speculate that Annie got a new nose and cheek fillers, along with other plastic surgery procedures.

Atlanta beauty Chantel has always been admired for her good looks, ever since she started her reality TV journey on 90 Day Fiancé with Pedro. However, over the years, there has been a drastic change in the way that Chantel looks, sparking plastic surgery rumors. While Chantel’s sister Winter got bariatric surgery, the registered nurse’s weight loss journey is linked to Pedro’s. The Santo Domingo man gained pounds when he moved to the U.S. and overindulged in American food. Pedro soon began spending time at the gym and boxing, and he was able to lose over 50 pounds of body weight. Chantel joined her husband in the gym and became even slimmer, but her breasts stayed the same size, due to genetics. The couple is getting divorced now, but that won’t stop Chantel and Pedro from posting their respective body transformations online.

When Jorge made his debut on 90 Day Fiancé season 4, he sported a fuller figure and a rounder face. Jorge got married to his Russian girlfriend Anfisa on the show, despite her coming across as a Green Card-hungry gold-digger. Jorge and Anfisa were one of the most volatile couples on the show, but things became particularly controversial in 2018, when Jorge was found with 300 pounds of marijuana in his car. He was arrested, convicted, and sent to prison. In November 2019, a mugshot revealed Jorge’s shocking weight loss, and when Anfisa moved on with another man, her 90 Day Fiancé partner claimed that she was jealous because of Jorge’s 128-pound weight loss. Perhaps it was jealousy that made Anfisa lose weight too. She changed her body and became a certified personal trainer and bodybuilding champion. She lost a total of 26 pounds.

Next: 90 Day Fiancé Cast Who Had The Worst Post-Weight-Loss Style