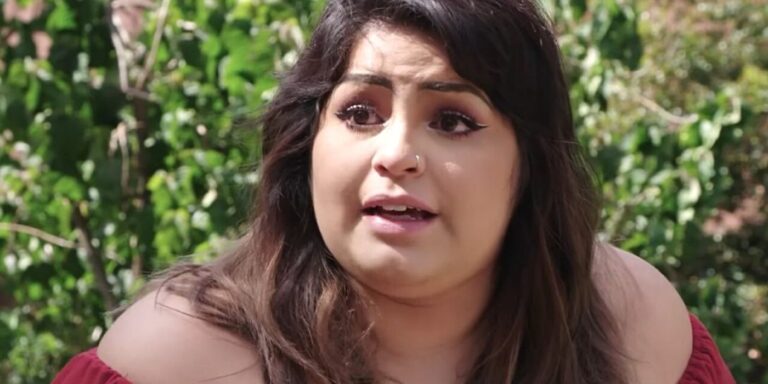 It’s time for a look at 90 Day Fiancé star Tiffany Franco’s most criticized fashion updates after her weight loss on Instagram. Tiffany has always been called out for her relationship with Ronald Smith, which was introduced on 90 Day Fiancé: The Other Way season 1. Tiffany received flak for rushing into the relationship, despite Ronald’s criminal past. As expected, multiple breakups happened, rather than just one. While Tiffany was dealing with her separation from Ronald, she started focusing on herself, and got weight loss surgery in June 2021. Since then, Tiffany has lost almost 100 pounds, as revealed in before and after pics.

After parting ways with Ronald, Tiffany started getting respect from fans, who felt that she was making healthier choices, in terms of relationships and fitness. The mom of two Tiffany has successfully lost all of her post-baby weight (and more), and is shockingly slim and trim in her recent updates. Tiffany’s gastric sleeve surgery may have been inspired by Angela Deem, but unlike the meemaw, Tiffany seems to focus on a healthy lifestyle and positivity. The decision has led to wonderful results for Tiffany, as she now preaches a message of self-love, although she has been hinting at being back together with Ronald.

Now that Tiffany must be getting ready to face an avalanche of negative comments due to reconciling with Ronald, she sometimes does get roasted for her personal style as well. On 90 Day Fiancé, Tiffany’s wardrobe mainly consisted of “cold-shoulder” tops and dresses. There might have been times when Tiffany dragged the neckline of her top down to reveal her shoulders. Fans are fairly tired of Tiffany not experimenting with fashion, especially since they want to see her in stylish garments that show off her weight loss. Here are three times that Tiffany was mocked on IG for the way that she dresses.

In May 2021, Tiffany posted a behind-the-scenes photo of herself from a 90 Day Fiancé shoot. Tiffany revealed that the TLC team didn’t like the outfit she wore, since she was revealing just one of her shoulders. Tiffany joked that the producers wanted to see more of her shoulders, just like her fans do. However, in the comments, fans asked reality TV star Tiffany why she’s so obsessed with off-shoulder tops and dresses. “does she think alwys showin shoulders makes her thin? Odd,” asked a follower. “These tops off your shoulders ALL THE TIME are so not flattering on you,” added a TLC viewer, who wished that someone from Tiffany’s life would be “honest” and tell her that the off-shoulder look is not for her.

In August 2021, Tiffany posted a TikTok to her Instagram page, in which she joked about how she’s unable to let go of her past. While Tiffany did specify that she was doing it to be humorous, fans called her “controlling” and “demanding” towards Ronald in her long-distance relationship. Fans told her that she would never get any respect for airing her dirty laundry on social media. However, amid these comments about Tiffany’s personality, there were remarks about her t-shirt. One 90 Day Fiancé viewer asked Tiffany, “Are you cutting your cold shoulder out?” after looking at her top, which seemed like a DIY project to them. “Do u ever cover your shoulders?” questioned someone, who failed to get a reply from Tiffany.

Tiffany’s fashion is appreciated by those who aren’t bothered by her “cold shoulders.” However, after Tiffany became an ambassador for a fashion label in September 2021, some fans were wary of the unknown brand she was trying to promote. Fans doubted the quality of the clothes, and mentioned that they didn’t like any of the outfits that Tiffany wore. Comments such as, “TBH the blue one…nah!” “the dresses look cheap, one looks like a nightgown,” showed up under Tiffany’s Instagram video. However, the most interesting one of all was probably from a 90 Day Fiancé fan, who told her, “They look like granny dresses and cover too much of your shoulders.” This proved that Tiffany must be doing something right by choosing to expose her clavicles.