A healthy diet for a healthy – Living – Al-Ahram Weekly 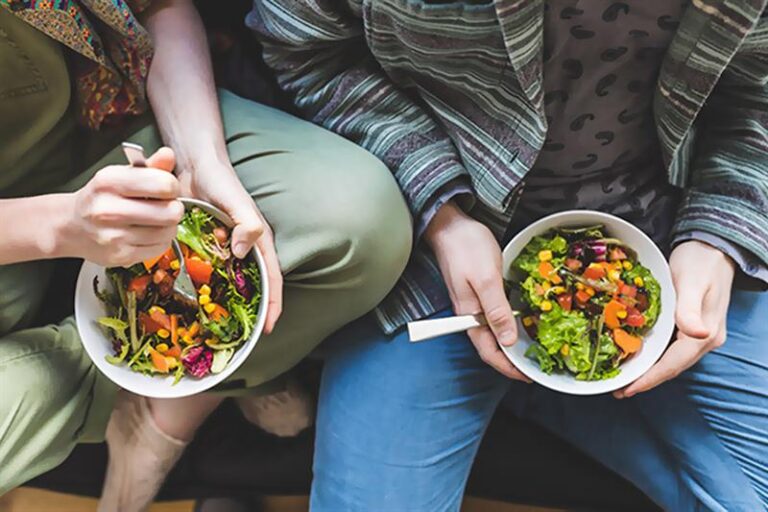 Enjoying a healthy lifestyle and being satisfied with a beautiful figure is something all of us are looking for.

From an early age, many men and women are keen to follow up the latest trends in diets and are aware of special medications that increase the body’s metabolism along with playing sports.

A ketogenic diet, intermittent fasting, or a vegan or vegetarian diet are all options that many people have tried. But is it possible to follow a diet for the whole of your lifetime?

Mohamed Abdel-Kader Al-Hashmy, a nutritionist and pioneer researcher in Luqaimat (little bites) science, the concept of eating only mini meals, thinks it is. He says that the Luqaimat diet is the ultimate option for losing weight not only for short periods but also for a lifelong way of living as well.

The concept is based upon eating everything, but in small portions and not in the form of large meals. The aim is to leave off eating while you are still not full. It is also important to sleep eight hours a day.

Our bodies do not need as much food as we consume. We wrongly think that when we eat a lot, we will be made happier by being full. But in fact the opposite is the case. “When you start training your body while changing your pattern of thinking, you will realise that it is not impossible to eat less food. In fact, it is in harmony with human nature,” Al-Hashmy said.

On a Luqaimat diet, a person will be eating five times a day. The first meal is breakfast, mainly of two items, for instance one boiled egg and quarter of a piece of brown bread with a piece of cheese, a drink, and a spoonful of brown sugar. Almost six hours later, it is time to eat two pieces of fruit, and five hours after that it is time for the main meal of the day, which is composed of protein, carbs and salad.

Quantities must be watched, with not more than some rice and vegetables, along with a piece of chicken or meat, followed by a small sweet, like chocolate or ice cream. The rest of the day consists of two snacks, that is called “targeted food” that can accelerate fat-burning.

Fat-burning needs “targeted food,” Al-Hashmy says, giving prunes as an example. These are full of fibre, and when we eat them, they not only make us feel full, but they also activate probiotics in our bodies that accelerate the fat-burning process. Al-Hashmy advises eating four prunes a day, two in the morning and two at night. After one month, the results will be clear, he said.

The diet also involves developing a special habit, which is that whatever we are eating, we must try not to finish it. “Leave a piece of whatever you are eating in a habit called ‘late gratification,’” he said. “We are raised to think we must finish the whole plate, but in fact it is better to do the opposite and not finish the food,” he added. We should train our brains to get used to leaving a portion of our food.

Al-Hashmy opposes the ketogenic diet, which makes 80 per cent of our food be composed of fat. He said it was capable of helping people to lose weight, but that it could also have serious health effects, including fat concentration in the body.

“As for intermittent fasting, I believe that fasting for 18 hours is really hard. First, it can affect the mood, and second fasting for excessive hours and then making your stomach suddenly receive food is not good,” Al-Hashmy said. “In the Luqaimat diet, we can apply the concept of fasting while sleeping for eight hours per day.”

The core idea of any diet is not to lose weight fast. It is more about keeping off what you have lost. “With the Luqaimat diet, you lose two kg per month. Some people may think this is not enough, but I believe it is absolutely okay since in one year you will lose 24 kg, and this will be really hard to regain,” he said.

It is important to keep in mind that losing weight is not about following a harsh diet some of the time, and then feeling stuck and bored with the diet. “It is actually about establishing an eating pattern for life that your body and mind will feel at ease with. In this case, the Luqaimat diet can be the ultimate choice,” he concluded.

*A version of this article appears in print in the 21 July, 2022 edition of Al-Ahram Weekly.