Adam Woodyatt weight loss: How soap star’s weight ‘dropped off’ – what he changed 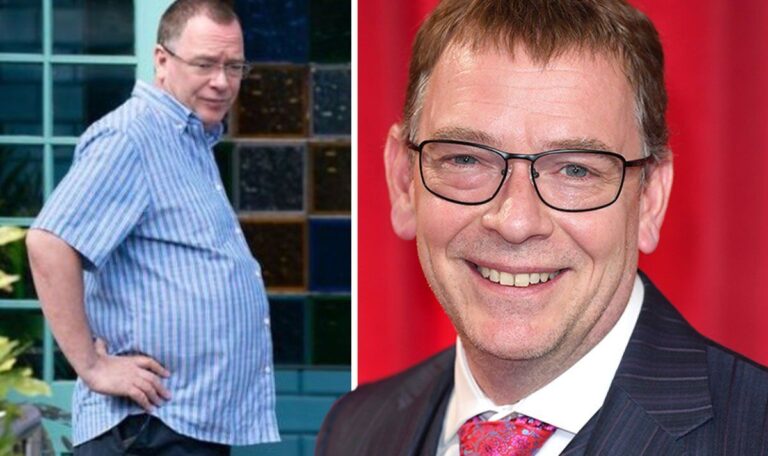 Over the years, Adam Woodyatt, 53, has changed dramatically and stunned fans with his recent weight loss transformation. The former EastEnders‘ legend revealed he gave up one thing and shed three stone, but still allows himself to indulge on his favourite meals from time to time.

He kick-started his new, healthier lifestyle not long ago, when he shared his decision to ditch booze.

He now consumes nothing stronger than coffee and credited giving up alcohol as the main reason behind his huge weight drop.

“Basically I gave up alcohol. That was the biggest change I made,” he said.

And while the Ian Beale actor said he didn’t struggle with giving it up, he acknowledged “everyone’s different”.

“For me, giving up alcohol was the right thing to do,” he said.

“I’m not going to turn around and say that’s it forever, that I’m never ever going to drink again.

“But at this point in my life, I’m quite happy not drinking. And the result is I’ve lost about three stone in weight.”

While Adam reached his weight loss goals by giving up alcohol, one thing he hasn’t given up is one of his favourite meals.

And as the face of a new campaign for Sarson’s vinegar, the EastEnders chip chop icon is encouraging the nation to support their local chippy this summer.

Sarson’s will be reimbursing hundreds of fish and chip dinners each week across the nation until September 2, 2022.

Adam said of the campaign: “Sarsons Fryday is a fantastic way to reward the loyal customers who keep our fish and chip shops open for business.

“It’s fair to say I know a thing or two about running a fish bar, and I encourage everyone to head to their nearest chippy and get their order in pronto, you never know it might be free.”

To claim their free dinner, fish and chip fans need only snap a photo of their order with Sarson’s vinegar and share it on Twitter or Instagram tagging @sarsonsuk and #SarsonsFryday.

To be valid, all entries must ensure they are following the Sarson’s social channels to be considered and have proof of purchase via a receipt for their meal – see the full terms and conditions here.