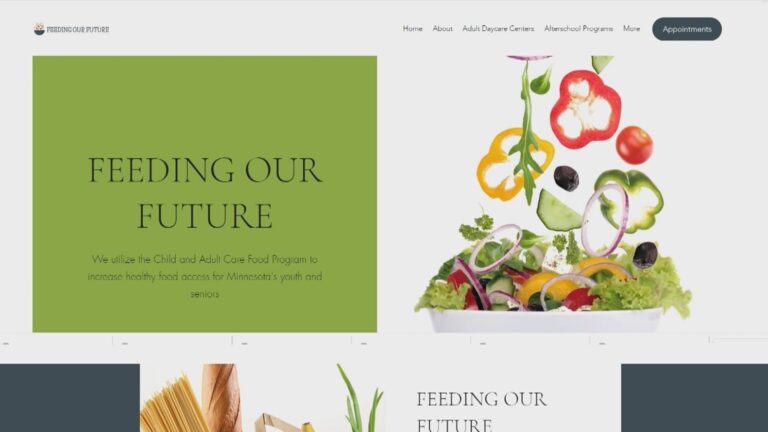 Education Commissioner Heather Mueller held firm Monday that she believes the department’s actions were the reason the alleged fraud was caught.

SAINT PAUL, Minn. — Minnesota Department of Education Commissioner Heather Mueller, testifying before a legislative committee led by State Senator Roger Chamberlain (R-Lino Lakes), answered questions Monday about the department’s oversight of a nonprofit that federal authorities believe was associated with tens of millions of dollars worth of fraud.

“It is a burning question,” Chamberlain said. “Was there a suspicion within MDE that fraud was taking place?”

“I think we know that because MDE doesn’t have investigative authority, we aren’t able to really identify that it’s fraud. We did have concerns based on the exponential growth that we saw,” Mueller answered.

During the COVID-19 pandemic, the U.S. Department of Agriculture (USDA) relaxed rules for the child meal program to make it easier for kids in need to receive meals even though schools were closed.

The amount of federal taxpayer money going to nonprofit sponsors of meal sites in Minnesota increased from $72 million to $324 million between 2020 and 2021. Forty-three percent of that — $140 million — went to “Feeding Our Future,” the nonprofit group at the center of an FBI investigation.

“Do you believe what went on in the department to mitigate this risk was insufficient?” Chamberlain asked.

“It was not insufficient because we did capture and work toward stopping the fraud within the very first month,” Mueller answered.

Later, Chamberlain opined, “But if it was found and caught, it would have been stopped. The money kept flowing. There’s nothing in statute that prohibits us from stopping theft when we see it.”

Chamberlain was critical of the job MDE did overseeing the program, especially when it stopped doing on-site visits, as allowed by the USDA, to make sure meals were actually being served.

Mueller held firm that her department’s actions were the reason the alleged fraud was caught.

This was the first of three legislative hearings scheduled for this month.

Feeding Our Future and the other groups implicated deny any criminal wrongdoing. No one has been charged.

Watch the latest local news from the Twin Cities in our YouTube playlist: