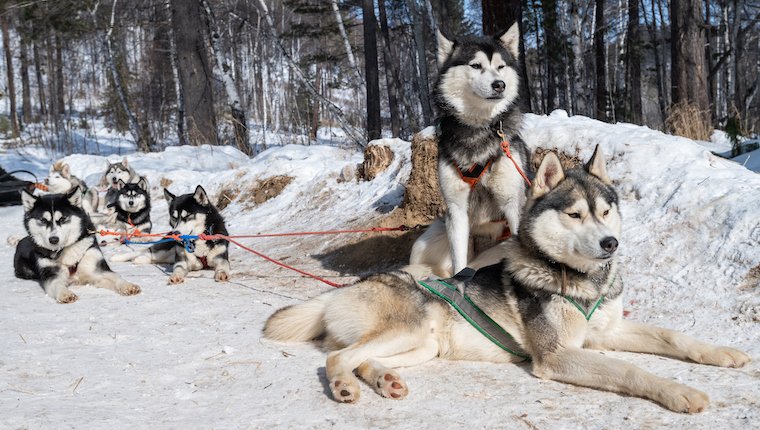 Research conducted on the diet of ancient Siberian dogs have given us a window into some of the earliest relationships between human and pup.

Today, our beloved pet dogs’ diets can get pretty varied. Formulated pet diets on the market can contain anything from the more common beef or chicken to bison, venison or even kangaroo. Much of the time, it’s influenced by not only our knowledge of dog nutrition, but our own diet choices. Our own diets may work for us but not fit the needs of our best canine companions. It’s well accepted now that fish can be a great part of a dog’s base diet, often in the form of salmon. But when did seafood become integrated into a dog’s daily meals?

Dogs Relied on Us Then Just as They Do Now

The answer may lie in ancient Siberia as early as 7,400 years ago. New research published in Science Advances by Robert Losey of the University of Alberta explores how early dogs relied on humans for their food. At this time, dogs had already evolved to be noticeably smaller than wolves. This meant that, with the exception of carrion, large prey items like deer were largely excluded from the diet. Researchers sampled collagen from the bones of these ancient dogs in order to learn more about what did make up their diet. Surprisingly, they found that, along with small prey, marine life formed a large portion of the diet. These items included seals, sea lions, fish, and shellfish — all prey items that were near inaccessible for hunting canines. This means that in the past, humans were primarily the providers for dogs’ needs.

Learning More From Our Past With Dogs

These discoveries may help us unlock new understandings about canine nutrition. It’s already clear that fish can play an important role in canine diets. Fish are rich in omega-3 fatty acids, which are important for skin, coat, eyes, and joint health. Almost any dog can benefit from a supplement such as salmon oil. Arthritis in dogs, a common condition for older pups, has shown improvement with fish oil supplements. While following the diet your dog would have had over 7,000 years ago wouldn’t be nutritionally complete, it doesn’t mean there isn’t more to learn about how dogs developed their nutritional needs.