Antioxidants in cow’s milk can slow down brain ageing and protect against Alzheimer’s, study finds 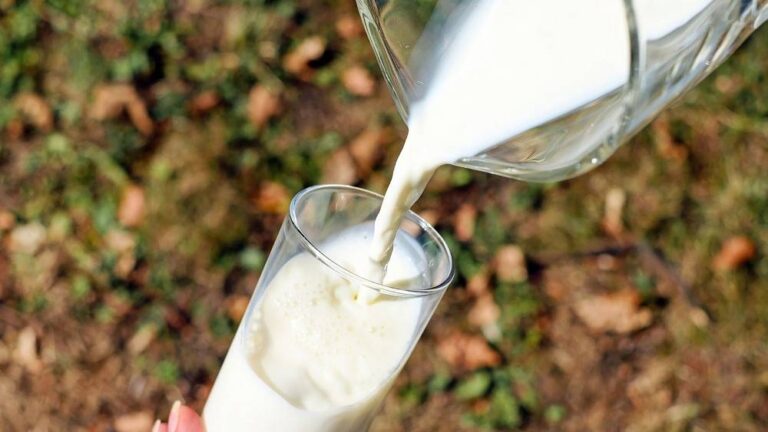 As a society, we tend to think of milk as a drink that’s best enjoyed by kids.

And that’s not technically wrong: cow’s milk has the best nutritional benefits for growing children and, once kids grow into adults, they pretty much lose the capacity to digest the dairy drink properly.

There’s also a particular social awkwardness linked to drinking milk as adults instead of, say, a cup of tea, coffee or even a can of Coke.

But older adults might have more to gain from drinking milk than we think, according to a new study published by the journal Frontiers in Nutrition.

The research, conducted by a team of scientists at the University of Kansas (KU) Medical Center in the US, found that older adults who drink three cups of dairy milk every day have higher levels of a powerful antioxidant which can protect the brain from ageing and ageing-related diseases.

This antioxidant, called glutathione, or GSH, has the power to prevent our brain from being “corroded” by free radicals and other oxidants which are normally released when our brain converts nutrients into energy.

Even though it sounds horrifying, this is a natural process which the KU scientists describe as similar to “an old car that rusts” and which experts have linked to many neurodegenerative diseases, including Alzheimer’s and Parkinson’s.

As we age, levels of GHS in our brain decrease, and we gradually lose this ally protecting our brain.

What did the study find?

The scientists analysed 73 adults aged between 60 and 89 who typically consumed less than 1.5 servings of dairy per day and split them into two groups: one, whose milk intake did not change, and another who was asked to increase their milk consumption to three cups a day (of low-fat 1 per cent milk, specifically) for three months.

“It’s exciting that something as simple as drinking milk can increase GSH because it’s not a drug, it’s just a simple food,” said Dr Debra Sullivan, professor and chair of the Department of Dietetics and Nutrition in the School of Health Professions at KU Medical Center and one of the authors on the study.

“And three cups a day is actually what is recommended by the US Dietary Guidelines”.

How much milk do we normally consume?

Three cups a day sounds like an awful lot of milk – even for the US, a country which has traditionally made drinking milk part of American life.

But consumption of milk, which peaked in 1945 in the US, has actually been declining in the country since the 1970s, according to data from the US Department of Agriculture, and the countries which consume the most dairy milk are now, in fact, in Europe.

It’s not by chance that there are so many consumers of milk in Europe: the dairy sector is the second-largest agricultural sector in the European Union.

Should we all start drinking more milk?

It’s important to note, at this point, that the KU study received funding by the US National Dairy Council, although researchers said they were not given any input or direction in their study.

In fact, the researchers said they were actually quite surprised by the study’s results.

“I was thinking fruits and vegetables would be highly correlated with antioxidants in the brain,” said study’s author In-Young Choi.

“But instead it was dairy, and among the dairy foods, it was milk. That was really surprising”.

So should we all start drinking more milk? The answer might be a bit more complicated than the American study would initially seem to suggest.

Dairy is often recommended to older people, as the high content of calcium in cow’s milk and other products is said to fortify bones and keep them healthy.

While plant-based alternatives can’t normally give you the same nutrients dairy milk can, you can easily find those in other vegan food, or reach for fortified plant-based milk on the supermarket’s shelf.

KU researchers said that more research is needed to figure out why exactly milk consumption was found to increase GSH levels in the brain, whether this improves brain functions and whether the level of fat in milk makes a difference at all.