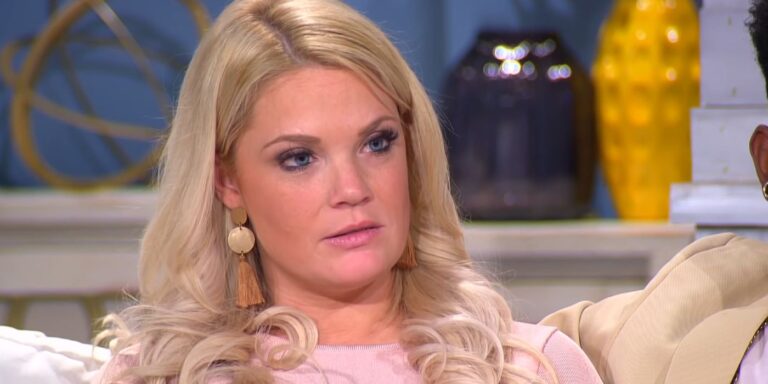 Former 90 Day Fiancé star Ashley Martson’s social media pictures show her 15-pound weight-loss journey. The former reality star first appeared on 90 Day Fiancé season 6 in 2018 alongside her now ex-husband Jay Smith. The couple had a tough relationship on the show, but it didn’t stop them from getting married.

Unfortunately, the two reportedly broke up right before 90 Day Fiance: Happily Ever After? premiered. At the time, Ashley revealed she had lost over 15 pounds due to stress. However, people had difficulty believing her due to her online behavior. Some eagle-eyed fans soon discovered that Ashley had shared an advertisement for a weight-loss product. Ashley and Jay’s relationship lasted more than two years before they split up and divorced.

Ashley claimed she gave everything to her marriage but couldn’t get over the past. According to her, nobody in her marriage cheated. While fans are still skeptical whether Ashley’s storyline was fake, her weight loss has certainly been real, and her transformation pictures prove that.

90 Day Fiancé alum Ashley first talked about her 15-pound weight loss in late April 2019, and within a month, she was enjoying her beach body near a port. She wore white swimwear and flaunted her toned figure. Ashley captioned her post, “She acts like summer and walks like rain,” and revealed she was enjoying her time in Houston, Texas. The 90 Day Fiancé cast member sported a white bow headband and sunglasses that greatly complemented her outfit. Fans were stunned by Ashley’s transformation and told her she had “a banging body.”

Next month, Ashley shared another picture in which she looked leaner than usual. The photo showed her enjoying a glass of some beverage next to a lake. She captioned the Instagram post as, “#dowhatmakesyouhappy.” Ashley shared her side profile in the picture, which showed that her belly was remarkably flat. She wore a crop top in the image and sported a cool ponytail. 90 Day Fiancé fans had a positive reaction to the former reality star’s photo and appreciated that she was enjoying her time.

Last year, Ashley posted a picture wearing a leopard print bikini. She wrote, “If happiness was a meme! This place is heaven thank you,” while revealing that she was enjoying her time at Grand Oasis Cancun. Fans complimented the 90 Day Fiancé alum’s newly transformed figure by leaving comments such as, “Beautiful lady by all standards” and “she stepped off of the show and just glowed tf up.” Ashley Martson has not posted a full-body picture of herself in the last few months. The former 90 Day Fiancé cast member appears to be busy being a successful hairstylist.