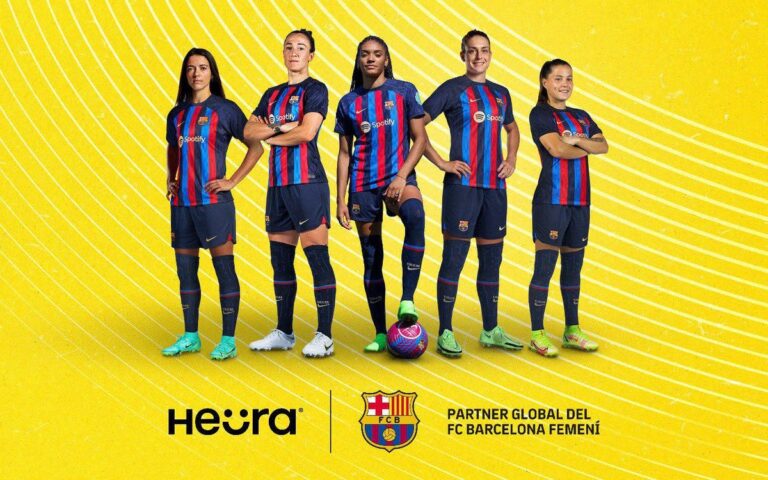 Spanish league champions, FC Barcelona Femení have signed a three-year sponsorship agreement with Heura Foods in which plant-based foods will be promoted by the club’s players and be made available in the women’s team home stadium, Estadi Johan Cruyff.

It is the latest partnership between women’s teams and plant-based companies. In March, German champions, VfL Wolfsburg signed a deal with Swedish-based company Oatly to become a strategic partner as part of the club’s Race to Zero initiative in which the club wants to have achieved climate neutrality and net zero emissions by 2025.

The first measure undertaken by Wolfsburg was to convert to e-mobility. At the training ground, raised beds are also being built in which vegetables are to be planted. As part of their partnership with Oatly, only plant-based alternatives to milk are now made available in their club stadiums for staff, team catering and matchday catering to shed the spotlight on a more climate-friendly, sustainable way of eating.

Women’s soccer is increasingly looking to make the most of its reputation as a sport with equitable values. Underlining this, in their Annual Review of Football Finance, Deloitte suggested “sponsors should be attracted by a differentiated partnership proposition which can be, and should be in our opinion, consciously ‘unbundled’ from the men’s game and defined by empowerment, inclusivity, and far-reaching societal impact.”

Many leading women’s players have championed the virtues of a vegan diet with World Cup winner Alex Morgan claiming it has improved her energy during practice and games. Former England international Karen Carney also switched to a plant-based diet later in her career after it was suggested to her by team-mate Laura Bassett to aid her recovery from injury.

In their press release, the club stated that “the agreement between FC Barcelona and Heura Foods has been possible thanks to a series of common values ​​such as the commitment to innovation, effort and teamwork” and “a shared desire to have a positive impact on society. Both brands will work on different initiatives to promote a more sustainable food system globally, while collaborating to give new impetus to women’s football.”

FC Barcelona and Heura Foods will also join forces to release a series of “visibility actions” with the players and the creation of content distributed through the club’s channels with the aim of allowing the public to discover and learn more about the options offered by plant-based foods in their daily diet.

Starting with the pre-season match against Montpellier on August 23 for the Joan Gamper trophy it will be possible to purchase plant-based options from the club’s official outlets and Heura Foods will be advertised on the stadium’s LED screens.

Juli Guiu, the vice-President of marketing at the club said “at FC Barcelona we are convinced of the power of sport when it comes to contributing to creating a better world and that is why we believe that with this collaboration we can develop actions that help us move towards a more sustainable future. We also want to thank Heura Foods for their trust and support to continue growing and consolidating women’s football, which represents a new step towards equality in all areas of society.”

The CEO and co-founder of Heura Foods, Marc Coloma said “innovation, determination and non-conformism are just some of the traits we admire in the FC Barcelona women’s team, which is why we wanted to partner with such an inspiring team of athletes, nutritionists and elite coaches. It will allow us to expand our reach to inform and empower people around the world about the benefits a plant-based diet can have for the health and sustainability of our planet.”