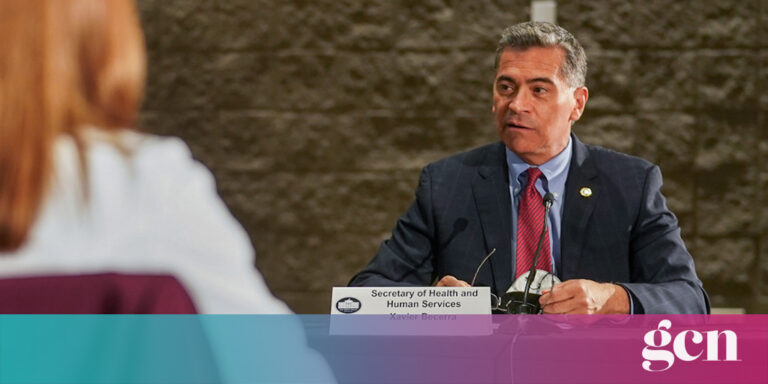 The Biden administration moved forward with its initiative to restore protections from healthcare discrimination for LGBTQ+ Americans with a rule proposed July 25.

A release from Health and Human Services (HHS) summarised that this element of the rule “ensures requirements to prevent and combat discrimination are operationalised by entities receiving federal funding by requiring civil rights policies and procedures.”

In addition to protecting LGBTQ+ people, the rule would prohibit healthcare discrimination based on pregnancy or related conditions, explicitly and importantly including ‘pregnancy termination,’ protecting those seeking abortions.

More technical aspects of the rule will expand what services these nondiscrimination policies apply to based on receipt of federal funds.

The American public can submit comments on the rule for 60 days after its publication in the Federal Register, after which Health and Human Services may amend and finalise it. HHS Secretary Xavier Becerra said the agency wants to implement the rule as soon as possible, and hopes to finalise it by the end of the year, according to Bloomberg Law.

A 2016 rule from the Obama administration defined Section 1557 in the same manner, including sexual orientation, gender identity and pregnancy or seeking abortion as part of ‘sex’ and therefore characteristics which could not prompt discrimination in healthcare.

A Trump rule from 2020, however, redefined the section to no longer include these characteristics. This enabled recipients of federal funds, including insurers, hospitals and individuals working in healthcare, to refuse to provide or cover abortions and gender affirming care.

The Biden administration’s reversal of this Trump rule comes against a backdrop of laws passed in multiple states banning gender affirming care for trans youth, as well as general concerns over LGBTQ+ rights in the wake of the recent overturn of Roe v Wade.

“Standing with communities in need is critical, particularly given increased attacks on women, trans youth, and health care providers,” said HHS Secretary Xavier Becerra. “Health care should be a right not dependent on looks, location, love, language, or the type of care someone needs.”

The HHS press release notes that this rule aligns with multiple executive orders issued by President Biden to support gender equity and civil rights. Another measure the administration has taken, however, has been met with widespread resistance.

22 states, largely Republican-led, are suing the US Department of Agriculture (USDA) over a policy requiring organisations receiving funds from the Food and Nutrition Service to revise and expand protections for LGBTQ+ people.

The USDA announced in May that it, like HHS, would align with Biden’s executive orders and the Bostock decision and interpret the prohibition of discrimination based on sex found in Title VII and in the Food and Nutrition Act of 2008 as applying to sexual orientation and gender identity.

“USDA is committed to administering all its programs with equity and fairness, and serving those in need with the highest dignity,” said Secretary of Agriculture Tom Vilsack in a USDA press release. “A key step in advancing these principles is rooting out discrimination in any form – including discrimination based on sexual orientation and gender identity.”

As such, any agency, program or organisation receiving funds from the Food and Nutrition Service “must investigate allegations of discrimination based on gender identity or sexual orientation,” according to the department’s release.

“Those organisations must also update their non-discrimination policies and signage to include prohibitions against discrimination based on gender identity and sexual orientation.”

The plaintiff states argue that this constitutes federal overreach, that agencies are rewriting federal law at Biden’s direction, and that the USDA is misapplying the Bostock decision.

One of the two Attorney Generals leading the suit, Indiana’s Todd Rokita, called the policy a part of Biden’s “extreme left-wing agenda.”

“They’ve reached a new level of shamelessness with this ploy of holding up food assistance for low-income kids unless schools do the Left’s bidding,” he said in a press release from his office.

A lawsuit in another red state, however, advocates for LGBTQ+ rights. Multiple parents and a community organisation in Florida have joined together to sue four school boards over House Bill 1557, better known as the infamous ‘Don’t Say Gay’ bill.

“Florida enacted HB 1557 to silence and erase lesbian, gay, bisexual, transgender, queer, and questioning… young people and families,” the suit states. “The law is profoundly vague and requires schools to ban undefined broad categories of speech based on undefined standards such as ‘appropriateness.’” The suit also notes that any parent dissatisfied with a school board’s fulfilment of the law has the right to sue the board.

The plaintiffs note that the law not only encourages children to feel ashamed of their families or family members, but that some children cannot even talk about their families at elementary school, where family is often a topic of conversation.

The law has been the subject of much controversy and discussion. It explicitly bans “Classroom instruction by school personnel or third parties on sexual orientation or gender identity” from kindergarten through third grade, or “in a manner that is not age appropriate or developmentally appropriate for students in accordance with state standards.”

However, because “instruction” can be interpreted in a variety of ways, it may make education professionals nervous and therefore likely to steer clear of discussion of anything relating to sexuality or gender identity at all.

The suit’s plaintiffs note this restrictive ambiguity, as well as the public enforcement mechanism the law utilises. “[The] vigilante enforcement mechanism, combined with the law’s intentionally vague and sweeping scope, invites parents who oppose any acknowledgment whatsoever of the existence of LGBTQ+ people to sue, resulting in schools acting aggressively to silence students, parents, and school personnel.”