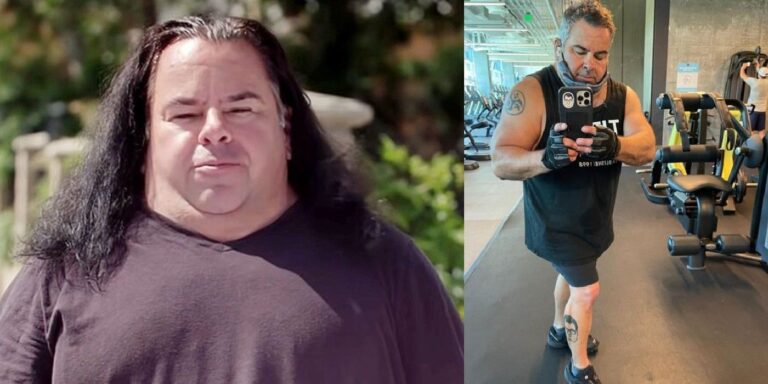 Ed from 90 Day Fiancé: Before the 90 Days is on a weight loss journey since his split with Rose. But has his style changed after losing 25 pounds?

Controversial San Diego native Big Ed Brown from 90 Day Fiancé may have lost weight and got a new girlfriend, but fans think he desperately needs a fashion makeover. Fans remember Big Ed making his reality TV debut on 90 Day Fiancé: Before the 90 Days season 3. During the season, Big Ed traveled to the Philippines to meet his online girlfriend Rosemarie Vega, AKA Rose, for the first time in person. Big Ed and Rose had found each other on Facebook, and the couple had a 31-year age gap between when he was 57, and she was 26 years old.

There was no chemistry between the couple, and Rose made her displeasure towards Big Ed quite apparent through her facial expressions. Meanwhile, Big Ed kept several things such as his height and his vasectomy a secret from Rose and even humiliated her by saying she had poor dental hygiene. Even when Rose broke up with Big Ed, he didn’t show any remorse after forcing her to come out as bisexual during the “Tell-All” episode. Even when Big Ed moved on and started dating Liz Woods, he continued his bad attitude.

After winning her over on 90 Day: The Single Life, Big Ed broke up with Liz eight times, and a leaked phone call between them showed him verbally abusing her. It was after their breakup that Big Ed began to change. He wanted to create a better version of himself, not just physically but mentally as well. Big Ed started to transform himself by losing weight, cutting off his infamous ponytail, and a new haircut.

Does Big Ed Own Only One Shirt?

While Big Ed tried to clean up his image, he lost 25 pounds, eventually winning over Liz, who is now engaged to him. But it seems Big Ed has not made any major changes in the way he dresses. Big Ed used to work as a photographer and has done fashion shoots in the past, including several magazine covers for Fine Magazine. However, he is having a difficult time moving on from his uniform of black t-shirts and shorts. Most of 90 Day Fiancé star Big Ed’s photos and videos on Instagram show him dressed in the same items.

The only time Big Ed takes risks with fashion is when he puts on an atrocious costume to promote his Cameo or when he is filming one of his ridiculous YouTube videos. In June 2021, Big Ed posted a Cameo he made for a fan on Father’s Day on his Instagram. For the video, Big Ed kept his black t-shirt and shorts on but accessorized the outfit with a chicken hat and several colorful chain necklaces with furry slippers shaped like monster claws. “This is what desperation looks like,” wrote an annoyed follower. “Can’t avoid age Ed, your not 22,” said a different 90 Day Fiancé fan who asked Big Ed to act like a “mature man.”

In a more recent post from July, Big Ed made a compilation of all the strange outfits he’s worn over the past few months to advertise his Cameo and Memmo accounts. In the video, Big Ed is dancing in a Stormtrooper,  Elvis Presley, and a Nacho Libre costume, which he used for the “Big Ed Challenge” on YouTube. A top-rated comment on Big Ed’s post called his behavior a “cry for attention.” Someone else asked Big Ed if he thinks he is funny. However, one of his followers also noticed that he may not have been consistent with his weight loss journey. “He was doing good with the weight loss & acting normal….what happened??” one fan said. reads Despite his weight loss success,  90 Day Fiancé fans can’t get behind some of Big Ed’s fashion choices

Next: 90 Day Fiancé: What Rose Has Said About Life Since Big Ed Proposed To Liz

Why The Kardashians Fans Care About Kim’s Rumored Surgery Scars