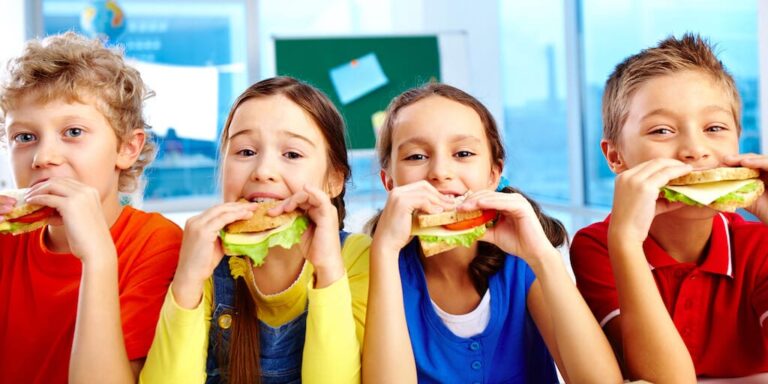 “Having this optional program for schools, in addition to their existing meat and dairy menus, will allow for an inclusive selection for our students.”

California has announced it will set aside a whopping $700 million to support plant-based school meals across the state.

The new allocation is part of the recent $300 billion Budget Act of 2022 signed by Governor Newsom ahead of the state’s new fiscal year.

Of the $700 million budget, $600 million will be used for upgrading school kitchen infrastructure, training of food service workers and their compensation while $100 million will be diverted toward securing plant-based ingredients.

“I am very excited to see plant-based school meals included in this year’s budget,” Assemblymember Adrin Nazarian (D-Van Nuys) said in a statement.

“Having this optional program for schools, in addition to their existing meat and dairy menus, will allow for an inclusive selection for our students.

“Many school districts across our state have a sizable student population that requires or wants plant-based or restricted diet options and cannot afford the sometimes-higher prices.

“This year’s budget is a sizable step towards empowering schools to respond to their students’ needs.”

The new allocation for plant-based meals follows years of effort by Assemblymember Nazarian along with school districts, parent groups, and nonprofits to implement AB 588 – a program to help incentivize California public schools to include healthier and plant-based options on their campuses.

Public schools participating in the programs will be reimbursed for the cost of expanding their plant-based and sustainable food offerings.

Judie Mancuso is the founder and president of Social Compassion in Legislation, a co-sponsor of AB 558.  Praising Assemblymember Nazarian, Mancuso said: “We are grateful to see both the legislature and the Governor recognize the cultural shift towards plant-based choices by supporting our children to eat healthier, more climate-friendly, and humane diets.”

The food-tech brand – which secured Child Nutrition [CN] labels for its Impossible Burger and Sausage last year – debuted a fully cooked kid-sized patty that can be easily reheated in a standard cafeteria setting. The pre-cooked patty offers a balanced nutritional profile and a Child Nutrition (CN) label to meet young people’s nutritional requirements.

In addition, the brand has also developed new whole grain Impossible Chicken Nuggets, slated to launch by the end of 2022.

According to Impossible, the new plant-based nuggets will taste similar to its original Impossible Chicken Nuggets but will contain five grams more fiber per serving, 13 grams of protein per serving, and 40% less saturated fat than its meat counterpart.

Laura Kliman, Impossible Foods Director of New Product Development, told Mashed: “We created these new products so students won’t have to give up their lunchtime favorites in order to have well-balanced, plant-based meals at school.

“Nutritious food is critical to child development, but it doesn’t have to come at the expense of tasting good or the future of our planet.”