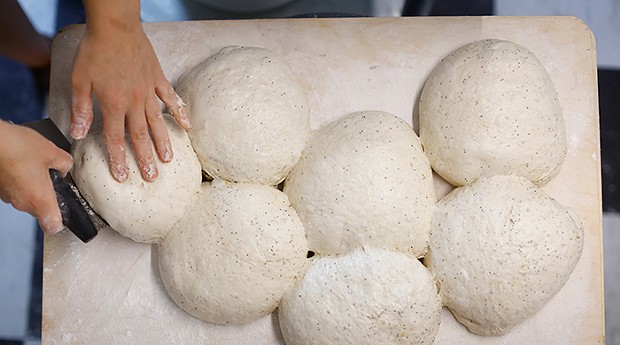 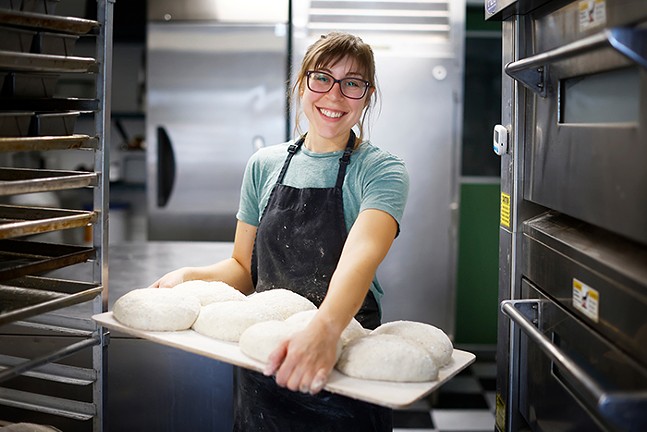 Vegans don’t have to be left out when it comes to finding a wide range of breads and baked goods in Pittsburgh. Crust Worthy, a one-woman operation, offers a menu worth salivating over, including “the best cookie in Pittsburgh.”

Chloe Newman, Crust Worthy’s founder and owner, is originally from Rhode Island but moved to Pittsburgh in 2009 to attend Carnegie Mellon University, where she obtained a dual degree in art and chemistry. But after various art-related jobs and a stint in the film industry, she says she “kind of fell in and out of food service jobs.”

It was while working as a pastry assistant at Garfield’s Gluten Free Goat that she says she learned a lot about running a small program and the “ins and outs of a small specialty bakery.”

“I decided I wanted to pursue my passion on my own terms,” she adds. 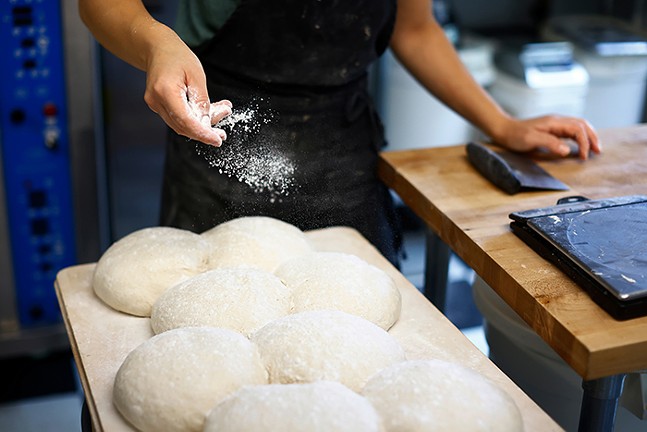 Newman says after she started working at Gluten Free Goat, she started baking in her home for friends. One loaf turned into two, then two turned into four, and it quickly grew to the point where she believed it was time to start operating out of a kitchen space.

That led to her starting to work out of The Bakery Society, a former community kitchen in Mt. Oliver, where she officially formed Crust Worthy as a business in 2019. Newman says once she got started, she quickly threw herself into the farmer’s market circuit, regularly making appearances at three locations where she was able to gain a customer base.

Crust Worthy has a wide-ranging menu for a one-woman operation, but almost all of the items have one thing in common: sourdough. Newman says that her sourdough has fewer holes than most, making it ideal for sandwiches, toasts, and more.

Besides the bread, customers also come for Newman’s sourdough chocolate chunk sea salt cookies, which she says people have told her is “the best cookie in Pittsburgh.”

Although she often gets inquiries, Crust Worthy doesn’t have a storefront, and since The Bakery Society closed up shop, she now operates out of a micro-bakery space in her home, where she prepares her goods which customers can buy at the Bloomfield Saturday Market.

Newman says she never envisioned Crust Worthy as a brick-and-mortar artisan bakery because Pittsburgh already has its fair share of those. But she has considered joining Crust Worthy into a bakery cooperative.

Newman also tries to source local as much as possible, from the fruits and vegetables to the wheat that go into her creations.

“We’re pretty transparent as a business about how important it is for us to source our ingredients locally. Most of the fruits and vegetables that we get that are incorporated into specialty breads and pastries are locally sourced from the market often,” she says. “All of the flour that we get is also locally sourced, and there’s really a lot of heart and soul that goes into that kind of regional pride and wanting to support that local economy”

Almost all of the baked goods available on the menu are vegan, with one option — the dark chocolate tahini cups — being gluten-free. Newman says that she formerly followed a vegan diet and learned to bake accordingly, so it was easy to carry over those skills and recipes. With gluten-free products, she is forthcoming about the fact that the facility she works out of is not gluten sensitive, which is why she doesn’t offer as many of those options.

Going from presenting at three different farmer’s markets down to just one has given Newman some of her free time back, which she likes to spend outdoors hiking, camping, foraging, and taking up tennis. She says she has slowly started to reconnect with her artist self. 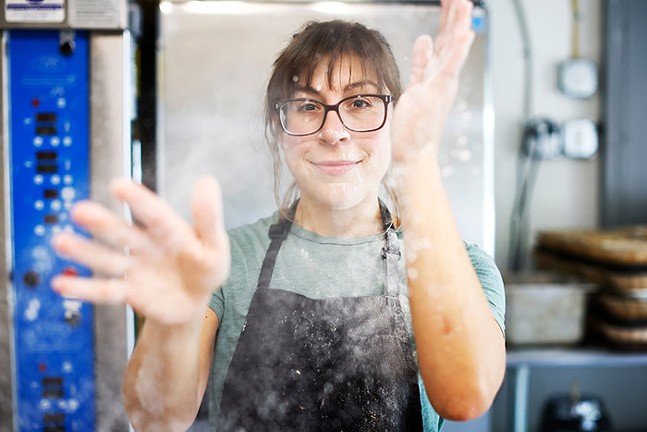 As a trained artist, Newman says she loves the hands-on aspect of running her business, which includes hawking her wares at markets where she talks to old and new customers. She also gets a lot of joy out of creating flavors with seasonal ingredients and spices, as well as locally sourced goods from farmers in the area.

“It’s a small-scale community-supported bakery and I think it’s really amazing that it’s been able to not only survive, but thrive over the past three and a half years,” she says. “I never really thought that it would actually work out and then I’m pleasantly surprised every year when it looks like it’s going to happen again.”