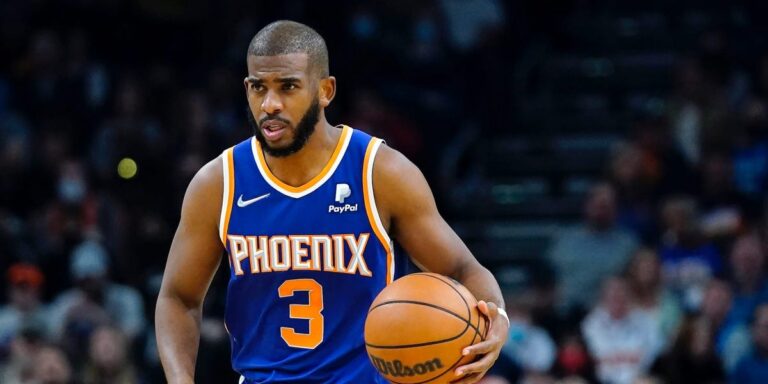 Chris Paul said switching to a plant-based diet in 2019 has improved his performance and reduced his muscle pain after hard training, according to GQ.

The 37-year-old NBA veteran said that he’s seen so many benefits from vegan eating that he’s kept it up during the off season, when eating healthy is even more important to keep his energy up.

“When I first went plant-based, it was for performance purposes, but once I saw how my body changed, and how I felt—it was for life,” he told GQ. “Years ago, I probably wouldn’t have even gone outside to run around with my kids and all the other activities because my body would be aching.”

Now, he said he’s able to spend more time with his family and still has the energy to lift weights.

A typical day of eating for Paul involves a big breakfast, with a scramble of vegetables and Just Egg, Beyond Meat sausage patties, fruit, and vitamins. He said he also loves pancakes. For lunch, he’ll have salad, a veggie bowl with rice, and a protein drink. Dinner is a chef-prepared mix of nutrient-dense beans, greens, and vegetables.

Paul told GQ the hardest foods to give up were fried chicken and pulled pork, and said his pre-game meal prior to going vegan would often be a burger or chicken wings and fries.