Coffee with lemon: Can it help with weight loss? 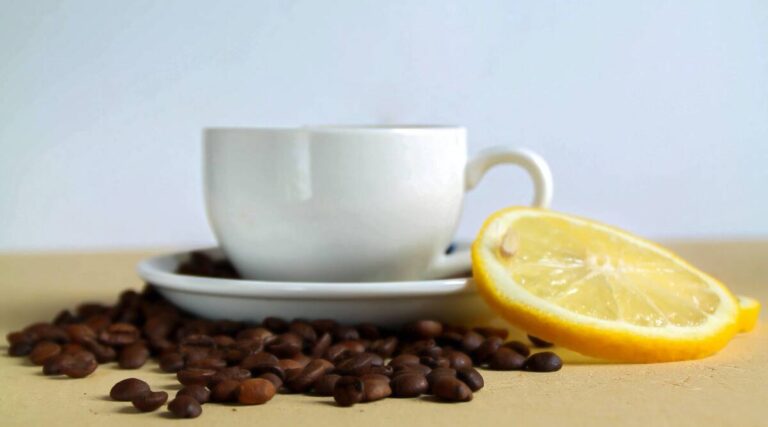 Everybody is looking for an easy, doable way to lose weight. So when the news that a coffee and lemon drink, which can be rustled up with ingredients that are easily lying about the house, could be fat-busting went viral, people considered it no less than a magic potion. And although there is no evidence-based study on its calorie-burning efficacy till date, people are continuing the “lemon coffee” trend to stay fit and trim in their busy lives.

“There is no evidence or studies to suggest that you lose weight when you have coffee and lemon, either individually or in combination,” says nutritionist and author Kavita Devgan, who specialises in weight loss and immunity diets.

So, what could be the logic behind this becoming a diet fad? “Part of it has got to do with the acceptability, again misplaced, of black coffee being calorie-free. Caffeine does not reduce calories but is an appetite suppressant. So, if you feel like snacking or have a food craving, a sip of coffee may be a filler. It is the same with any liquid or even water. I routinely tell people prone to snacking to drink a glass of water before reaching out for a packet of chips. Most of them don’t feel like having it when they’ve had a glass or two. That’s the reason models way back in the 70s and 80s drank coffee before their ramp walk to kill their hunger pangs. Besides, caffeine is a stimulant that can rev you up for the day. That then became a diet fad,” explains Devgan.

“Then there were several studies to show that coffee increased your basal metabolism rate (BMR). That’s because caffeine is known to block the neurotransmitter adenosine and increase stimulating neurotransmitters like dopamine. But to really up your BMR, you would need to drink caffeine in large quantities, maybe 12 to 15 cups a day. That would have negative health consequences too like dehydration (caffeine is a diuretic), reduced sleep and increased anxiety. Not to mention an addiction as your body gets adjusted to incremental cups. Besides, you could develop extreme acidity. To lose weight, one cannot fall sick,” adds she.

As for lemon water, Devgan feels it is rich in vitamin C, anti-oxidants, folate, minerals and low in saturated fat, cholesterol and salt. Being alkaline, it is good for your gut health and protects you against respiratory infections. It helps you stay hydrated and is an antidote to water retention. “Again, there is no evidence. On its own, it won’t help you slip into your old jeans but as a fitter drink and depending on your physical activity regimen, it can keep you trim. If someone thinks he/she is losing weight drinking lemon water and sipping it through the day, it may simply be because the person is making a healthy choice of drinks, substituting sugary and calorie-rich beverages, sodas and smoothies,” says Devgan. Lemons, according to some studies, contain around 139 per cent of the recommended daily intake of vitamin C. So, it is the go-to wonder fruit for everything.

“Besides, there’s something called a flavour profile. While there is compatibility between lemon and tea, lemon and coffee is definitely unpalatable. It will just have a lot of bitterness and bite, certainly not gulpable as any other health drink,” says Devgan. In the end, this fad serves no purpose and we should focus on right-sizing ourselves rather than attempting drastic weight loss based on hearsay.