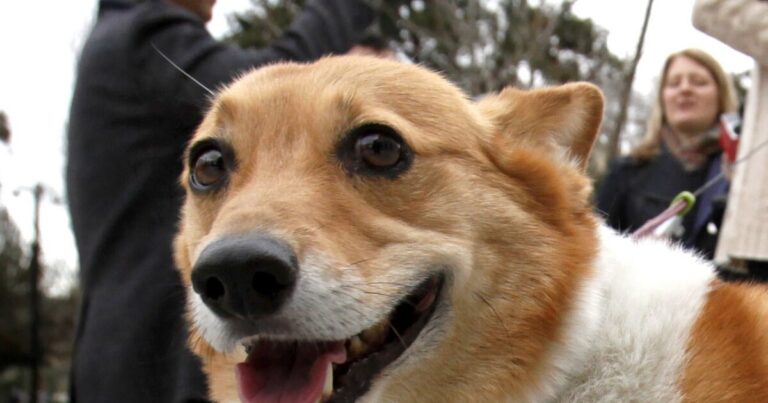 A brave corgi that survived being shot in the head is recovering and happily eating chicken nuggets at the Pennsylvania Society for the Prevention of Cruelty to Animals’s Main Line Animal Rescue.

Arthur, an 8-year-old corgi, survived for days after he suffered being shot in the head in the Lancaster County area, according to a report.

Originally a breeding dog, his owners had been training him to be a farm dog when he ran away from their property.

He was found wounded and brought to the PSPCA’s affiliate Main Line Animal Rescue on July 18, PSPCA’s director of humane law enforcement and shelter operations said.

Arthur the valiant corgi survived for at least 5 days on his own with a gunshot wound to his head until he was brought to his new friends at @PSPCA‘s @MainLineRescue, who saved him.

Now, he’s feasting on chicken nuggets like the king he is. https://t.co/xGJIiMABcU

At the facility, Arthur was found to have a large head wound, was covered in fleas, and was suffering from infection and anemia, according to a report.

The wound was determined to be the result of a gunshot by Alicia Royer, the PSPCA veterinarian, upon treatment.

“When I was clipping and cleaning, I realized what this was, and it felt a little ghastly,” Royer said.

Arthur is lucky to be alive.

And that is not an understatement.

This beautiful, precious Corgi was shot between the eyes, and seemingly left for dead. pic.twitter.com/v5Db36jGS4

“I had this feeling that it was a gunshot based on the circular pattern of the wound and the raised edges,” she added.

The bullet had missed Arthur’s brain and fragmented, the report noted.

“It was a close-range shot,” officials said. “Based upon the location of the injury, they had some rudimentary idea of the proper location to shoot a dog. They just did not accurately do so.”

Officials treated him with antibiotics, wound cleanings, pain medications, and ointments to cover the wound.

“Luckily for him, it’s been a little over a week, and it’s healing up really, really well,” Royer said. “He’s such a happy guy. By the second day after he woke up from anesthesia, he was giving us his cute little butt wiggles. He’s a pusher and a doer.”

Royer is hopeful that the brave little corgi will make a full recovery and said Arthur is happy at the facility.

Arthur is fully mobile, running around, and feasting on chicken nuggets, according to the report.

The shooter’s identity has not yet been determined, but a search is ongoing.

“Clearly, somebody out there knows what happened, and hopefully, if they see the story, someone will contact us,” officials said. “The nature of this case, this wasn’t a dog attacking something and they were stopping that dog in midaction. This injury shows somebody in close proximity attempting to kill this dog.”

CLICK HERE TO READ MORE FROM THE WASHINGTON EXAMINER

Arthur’s original owners have surrendered him, and he is excited to find a new home.