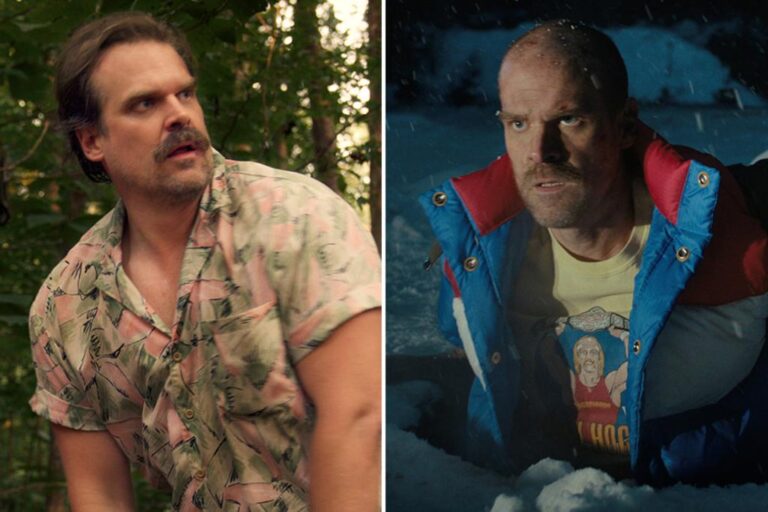 However, the road to health and fitness wasn’t an easy one for the 47-year-old, and there was a particularly pivotal moment in his life that forced him to reevaluate his wellness.

It was the time when he realized he couldn’t run across the street without feeling pain.

“There was a moment where I was crossing the street in New York and there was a car coming and I thought, ‘Oh, I gotta sprint a little bit across the street,’ and I just couldn’t sprint,” the “Suicide Squad” star recently told People.

“And I was like, ‘Oh I guess that’s gone. I guess I’ll just never sort of run across the street.’ I mean, at this point I was like 270 pounds and my knees were kind of shot,” he continued.

“And I just sort of thought that that’s the way life was, that was the trajectory of your body,” Harbour said.

“[I’m] a lot more pliable and a lot more teachable, even in my mid-40s, than I ever imagined it could be. And it felt like a rebirth,” he said.

“It was really refreshing and really exciting to feel like after months of training like, ‘Oh, now I can just sprint across the street if a car comes.’ Just simple little things like that that were really exciting for me,” Harbour added.

The “Black Widow” alum previously divulged that he would never lose weight for a role again after doing so for the sci-fi series’ newest season.

When filming commenced for Season 4, Harbour was down to 190 pounds after weighing 270.

“I don’t think I’ll ever do that again,” he told British GQ in July.

He also said he “gained it all back” for his new film, “Violent Night,” in which he will play a suitably stout fellow — Santa Claus.

“But now, yeah, never again. The prosthetics are too good,” Harbour said.

Fit for Life: Lessons From a Navy Seal