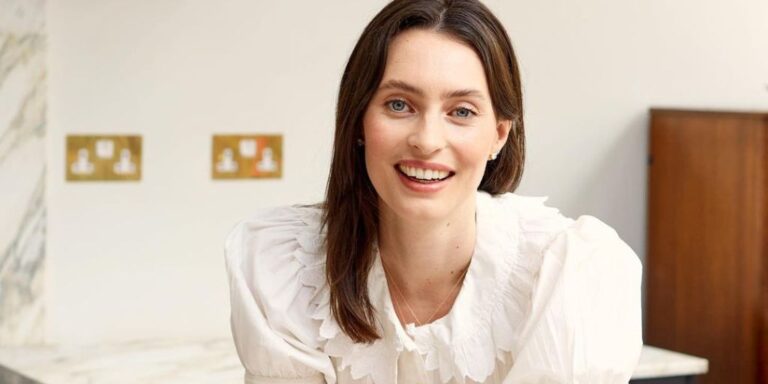 The famous British food writer and entrepreneur says her health journey has made her ‘realise the power of finding a purpose’.

Ella Mills, aka Deliciously Ella has revealed how her decision to go vegan worked wonders for her health and has given her a purpose in life.

She recently celebrated a major milestone marking 10 years since she embraced a plant-based lifestyle and posted her first recipe on her Deliciously Ella blog.

Mills was barely 21 years old when she was diagnosed with postural tachycardia syndrome – a nervous system condition that left her housebound.

In a recent Zoom call interview with The Independent, she revealed: “I had lots of digestive issues, I had chronic fatigue, chronic pain, I had a consistent UTI for four years.”

She recalled: “I was on antibiotics, I went into hospital for antibiotic drips, I was on steroids, I tried beta blockers…

“I just hit an absolute rock bottom with my physical health, but also with my mental health.”

Mills was so sick that she often could barely get out of bed. In a separate podcast with Jason Wachob, she reminisced about spending hours watching reality shows and browsing her friends’ Facebook feeds.

Growing increasingly depressed, she decided there had to be a better way. While seeking solutions she came across an online resource about the power of diet and lifestyle to heal and began exploring a plant-based diet.

Mills was able to come off her medication in two years, and that set the ball rolling not only for her healing journey, but also for her becoming the mega-successful influencer behind the Deliciously Ella brand.

Mills is now a businesswoman with seven cookbooks (including the No. 1 best-selling debut cookbook ever in the UK), an app, a restaurant and a supermarket product range in over 5,500 stores. This year, the brand is set to make its international debut starting with markets in Austria and Germany and the US later.

She has over 2.1m followers on Instagram where she mainly posts recipes, besides sharing snippets of her journey.

Reflecting on her phenomenal success, Mills in her interview said: “I think I’ve realised the power of finding a purpose.

“That has totally transformed everything I do – that sense of excitement around a meaning. I’ve been really surprised by how much that’s changed me.”

She added: “I obviously started Deliciously Ella for my own needs, but I’ve always been really passionate about being useful for people. It’s all about trying to genuinely give goods and services that are helpful.”

‘How To Go Plant-Based: A Definitive Guide For You And Your Family’

In her quest to be useful and provide helpful services, Mills has published her latest book titled ‘How To Go Plant-Based: A Definitive Guide For You And Your Family’. It features advice from top doctors, nutrition experts, and a psychologist along with 100 easy recipes.

The purpose of the new book is to “demystify” and “debunk common myths” around going plant-based and help those people who are interested in embracing the lifestyle but are confused when it comes to choosing veg-alternatives to replace the meat in their diets.

“I think what we’ve really seen over the last few years is you’ve now got this huge swathe of the population who identify as flexitarian, or are trying to be more plant-based,” Mills said.

“There obviously are so many myths out there and so many concerns, you know, do you need to take supplements? How do you get protein? How do you get calcium? Is it safe for me to do when I’m pregnant? Can my children do it? What about my teenagers?”

Apart from answers to those questions, Mills has also highlighted the approach that plant-based living doesn’t mean taking an ‘all or nothing’ stance.

“I said in my very first book in 2015 that you should adapt the recipes to make them work for you, and I stand by that seven years later,” she said.

“The only change since then is that I feel I have a better understanding of how to make our recipes work in your life.”

This is why Mills has formulated her book to dash some of the most common stumbling blocks such as taste, preferences, cost, and complicated meal preps.

“I know that the biggest barriers are a lack of time; a nervousness around what a balanced, healthy, plant-based meal looks like; a concern about costs; a question as to whether the diet will be interesting enough given it doesn’t include every food group; and a lack of confidence in the kitchen. Overcoming each one of these has sat at the heart of creating this book,” she concluded.