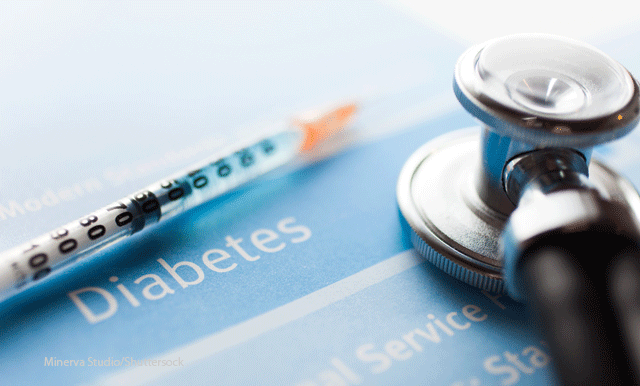 Novo Nordisk’s Saxenda (liraglutide) and Wegovy (semaglutide) are leading the way for a new crop of drugs that reduce appetite. But their cost-effectiveness is in question, and many payers are saying no to coverage — for now.

To understand David Skomo’s struggle to get to a healthy body weight, you need to go back decades.

“Weight management for me has always been an issue I’ve dealt with, since probably early childhood,” he says.

Skomo, 50, the chief operating officer of pharmacy benefits manager WellDyne, was a bit overweight in middle school and high school but never obese. As he grew older, though, it became harder and harder to achieve a healthy weight.

It was not for lack of trying. He watched his diet. He exercised. And Skomo had some success, but as is so often the case with weight loss, the pounds had a way of coming back. “If you really work hard and diet and exercise, you lose weight,” he says. “But that also means having the willpower to not eat when your body’s telling you that’s the answer. That’s where it really becomes hard.”

But Skomo had never tried weight-loss drugs. “Some of the early products were not providing much benefit at all,” he says. “They were dangerous, they had addictive properties, and it was not something I wanted to get involved in.”

Yet Skomo read the positive results for Wegovy (semaglutide), which the FDA approved in June 2021, and was willing to give it a try. At the time, Skomo qualified for the drug because he had a body mass index (BMI) of 29 and hypertension. A pharmacist by training, Skomo said the fact that Wegovy had a different mechanism of action was a compelling reason for trying it. “I could see how this agent is much different than earlier generations of weight-loss medications, he says. Skomo talked it over with this wife, who is also a pharmacist, and she agreed. His only reservation was the potential for gastrointestinal side effects.

Stories like Skomo’s are part of the reason a new class of weight-loss drugs are coming on strong. The notion that pharmaceuticals could stem the U.S. obesity epidemic is alluring, but drugs for weight loss have a checkered past of lack of long-term efficacy and, in some cases, lack of safety.

But now there is a cohort of new drugs with new mechanisms of action that could bring drug-aided weight loss into the medical mainstream, although their high prices could be an issue. First approved in 2014, Novo Nordisk’s Saxenda (liraglutide) was in the vanguard. Results from a clinical trial published in 2015 showed that nearly two-thirds of adult patients lost at least 5% of their body weight after 56 weeks of taking Saxenda. One-third of patients lost more than 10%.

Next came Wegovy, which is also made by Novo Nordisk.

Then, in late April of this year, Eli Lilly made a splash, publicizing the results of a phase 3 trial of its weight-loss drug, Mounjaro (tirzepatide). The company said the drug helped people lose 22.5% of their body weight.

All three drugs were first approved by the FDA as diabetes medications before Novo Nordisk and Eli Lilly set out to get the agency’s OK to add indications that they can be used for weight management. The FDA approved Mounjaro as a type 2 diabetes medication in May. Eli Lilly is expected to seek a weight management indication for the drug if ongoing clinical trials are successful.

Robert Kushner, M.D., one of the investigators involved in the phase 3 trial of Wegovy and a professor at Northwestern University Feinberg School of Medicine, tells Managed Healthcare Executive® that the drug represents the start of a second generation of obesity pharmacotherapy. “There has been a paradigm shift in obesity treatment that has paralleled our understanding of the underlying appetite dysregulation of the disease,” he says.

Saxenda was the first step in the new direction but requires daily
administration, Kushner notes. It was a major step forward when Wegovy, and now Mounjaro, proved to be effective but require weekly rather than daily injections, notes Kushner.

According to Kushner, these new therapies are able to fix the underlying appetite dysregulation at the root of many patients’ weight problem. “By harnessing the appetitive effects of naturally occurring gastrointestinal and pancreatic hormones we can biologically alter appetite dysregulation, he says.

All three drugs leverage glucagon-like peptide-1 (GLP-1), a natural hormone released in response to food intake that regulates appetite and caloric intake. By binding to the GLP-1 receptor and activating it, the drugs help patients feel fuller faster. In addition to targeting GLP-1, Mounjaro also targets glucose-dependent insulinotropic polypeptide (GIP), a hormone that regulates blood glucose. Clinical trial data suggest this dual approach can increase the weight-loss effects. However, all three drugs can lead to gastrointestinal side effects.

Kushner says with Wegovy, it is important for prescribers and
patient to be in touch regularly to dose and dietary counseling. But Kushner stressed that the repurposed diabetes medications cross an efficacy threshold: “The 15%-plus weight loss is significant because it more closely matches patients’ expectations of a good weight-loss response and is associated with clinical improvements in blood pressure, blood glucose and sense of well-being.”

Evidence of efficacy and long-term benefits will be essential for these weight-loss drugs because the manufacturers have put high price tags on them. Payers will be scrutinizing them through the lens of cost-effectiveness, which is complicated with weight-loss drugs. How do all the cost savings associated with preventing the myriad conditions stemming from being overweight and obese get factored?

In 2019, a team of investigators reported the results of a cost-effectiveness analysis of six weight-loss drugs, including semaglutide (it hadn’t been branded as Wegovy yet) and Saxenda, along with a lifestyle intervention plan. The results, reported in the journal Obesity Science and Practice, showed that semaglutide was second only to Lomaira (phentermine) in effectiveness after one year. However, weight loss with Lomaira tapered off after a year, while semaglutide had weight-loss benefits for five. Still, the researchers, some of whom reported receiving consulting fees from Novo Nordisk, found that semaglutide was not cost-effective due to its high price.

But there are some caveats. The analysis was based on time horizons of one, three and five years, so it couldn’t take into account the long-term savings from having a healthy body weight. Also, the analysis was done before Novo Nordisk started to market semaglutide as Wegovy.

The researchers used an annual cost of $8,273 based on semaglutide’s price as a type 2 diabetes therapy (as a diabetes drug, semaglutide is sold under the brand name Ozempic). The price of Wegovy is higher; the monthly list price is $1,349, according to Novo Nordisk’s website, which works out to an annual price of $16,188.

Skomo says he is hopeful that the approval of additional medications will be better for patients, not only in terms of finding the right medication, but also in terms of easing the drugs’ entry into the marketplace.

“We’ll see some competition in the marketplace for formulary placement and that type of thing, which should help start to drive down some of the cost of medications as well,” he says. “So, I think it’s a win-win when we get more products in the marketplace.”

Skomo says WellDyne is recommending that clients add coverage for Wegovy, though he said most have not yet taken that advice.Kushner says cost is always an issue with medications, but he is frustrated by insurers that are either limiting or entirely exclude medications in this category. “The dilemma is that we have effective and safe medications for our patients that will help them be healthier, yet they cannot afford them,” he says. “Most certainly, coverage must be expanded, and the cost must come down.”

Jared Kaltwasser is a health and medical writer who resides in Iowa and a regular contributor to Managed Healthcare Executive®.