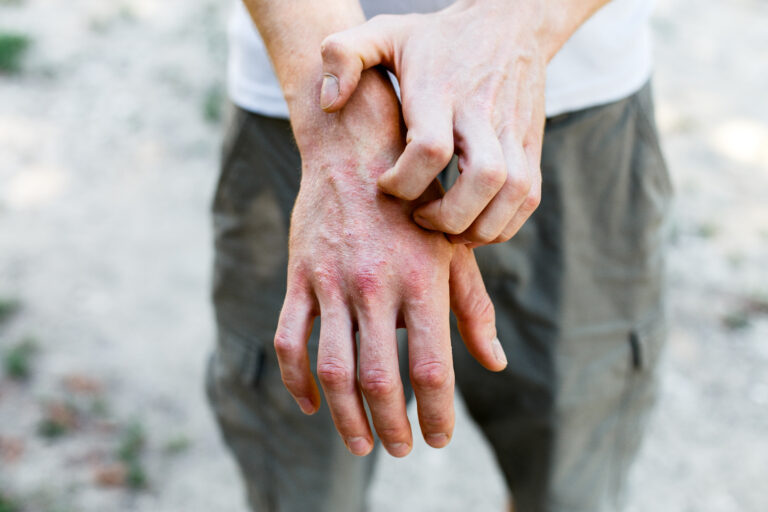 
Receive an email when new articles are posted on

Please provide your email address to receive an email when new articles are posted on .
We were unable to process your request. Please try again later. If you continue to have this issue please contact customerservice@slackinc.com.

Patients with mild to moderate atopic dermatitis experienced slight and potentially unimportant improvements with dietary elimination, according to a study published in The Journal of Allergy and Clinical Immunology: In Practice.

But these improvements should be balanced against risks that elimination diets present, the researchers continued.

“The role of diet in atopic dermatitis, also commonly known as eczema, has long been debated with conflicting views as to the use of dietary elimination as a treatment,” Paul Oykhman, MD, MSc, FRCPC, assistant clinical professor (adjunct) of medicine in the division of clinical immunology and allergy at McMaster University, told Healio.

“To optimally inform patients, caregivers and clinicians, our international team comprised of multiple stakeholders systematically reviewed the benefits and harms of dietary elimination as a treatment for atopic dermatitis,” Oykhman said.

Dietary eliminations ranged from 2 to 32 weeks. Four of these studies eliminated foods due to positive testing and/or oral food challenges. The other six eliminated foods regardless of food-specific IgE sensitization or histories of reactions to the eliminated foods. Examples of foods eliminated include cow’s milk, egg, meat, rice potato, brassica (cabbage), fruit, peanut, cashew, cod and/or wheat.

All 10 studies examined the effect of dietary elimination on eczema severity using SCORing Atopic Dermatitis, or SCORAD, for which an 8.7-point improvement was considered a minimally important difference (MID).

Among 547 patients with these data, a greater proportion of those who participated in dietary elimination achieved this MID than those who did not eliminate foods (50% vs. 41%; risk difference, 9%; 95% CI, 0-17). However, the researchers also noted that these results had low certainty.

Based on daytime itch scores, three of the studies (n = 157) found that dietary elimination slightly improved skin pruritis compared with no dietary elimination (mean difference, –0.21; 95% CI, –0.57 to 0.15). These results also had low certainty, the researchers wrote.

Considering the slight effect that dietary elimination had on eczema severity, through ingestion or contact, food may be a minor contributor to the causes and perpetuation of AD, with allergic or nonallergic mechanisms, according to the researchers.

The evolving perspective of the role of diet in the development of AD has left some patients finding their conversations with their care providers unhelpful, the researchers wrote, leading to unsupervised and potentially harmful dietary eliminations.

“Whereas patients and caregivers often report a strong suspicion of diet influencing their eczema severity, many clinicians cast doubt out of concern from confounding from other triggers or eczema flare independent of external factors and avoiding harms that can occur with dieting practices,” Oykhman said.

“Our findings support both perspectives having valid aspects. With our data, patients, caregivers and clinicians are no longer left guessing about the outlook with or without pursuing a diet for eczema and can now have an informed conversation together,” he continued.

In addition to the possible risk for developing an IgE-mediated food allergy, the researchers wrote, dietary eliminations could have negative impacts on quality of life, nutrition and growth. They also could dissuade patients from seeking more effective treatment for their AD.

As a result, the researchers concluded, patients need to be fully informed as they weigh the modest benefits in eczema severity, pruritis and sleeplessness that may come with dietary elimination against its potential risks.

“Many fully informed patients may not consider worthwhile a slight improvement in eczema control against the potential for developing anaphylactic-type food allergy, particularly given an increasing number of therapeutic options to treat atopic dermatitis,” Oykhman said. “Thus, the health benefits, harms and practical implications of dietary elimination should be carefully weighed in a shared-decision making framework.”

“We also highlight the important need for robust randomized controlled trials to further improve the evidence regarding all benefits and harms of diets for atopic dermatitis,” Oykhman said.

Paul Oykhman, MD, MSc, FRCPC, can be reached at paul.oykhman@medportal.ca.


Receive an email when new articles are posted on

Please provide your email address to receive an email when new articles are posted on .
We were unable to process your request. Please try again later. If you continue to have this issue please contact customerservice@slackinc.com.