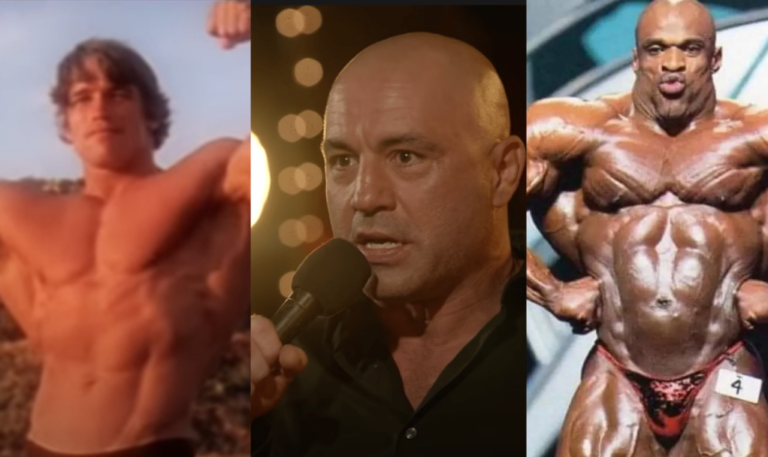 Joe Rogan has often talked about fitness and health on his podcast. Along with this, the JRE host has stressed about sticking to a schedule and sacrificing a few moments of life in the gym to achieve the greater good in terms of superior health. However, he realized about extreme discipline, regarding maintaining a good body, when he had a conversation with 8-time Mr. Olympia Ronnie Coleman.

Subsequently, it helped him understand why Arnold Schwarzenegger (7), Lee Haney (8), and Coleman ruled the bodybuilding industry for combined 23 years.

On The Joe Rogan Experience podcast, episode #1489, Rogan had a conversation with The King, where they talked about Coleman’s bodybuilding journey and time as a cop.

The 8-time Mr. Olympia expressed how difficult it was for him to win 8-straight Mr. Olympia titles, one of the toughest competitions in the world.

Afterward, Rogan said, “There’s just a small handful of Mr. Olympias. I mean, that is the elite of the elite club to be in for the bodybuilders.”

The former bodybuilder pointed out, “And a lot of guys that win it, win it multiple times.”

After the UFC color commentator asked the reason for it, Coleman said, “Because, it’s only the elite number of guys that can be Mr. Olympia. And once you get there, you found the formula. And it takes a while for somebody to come in and knock you off because nobody found that formula that you have.”

Even Rogan was gushing over the remarkable stat.

Ronnie Coleman trained himself without a coach

The record-time Mr. Olympia winner also revealed that he had no coach in his bodybuilding career. Coleman stated his nutritionist handled his diet plans, but he used to manage his schedule himself.

Even though Coleman was one of the most successful bodybuilders of all time, he had to go through multiple gruesome surgeries post his Mr. Olympia runs.

WATCH THIS STORY – 55-Year-Old Joe Rogan Wants to Join Onlyfans After Learning About Bhad Bhabie’s ‘$100 Million’: “We Should Join”

What do you make of Arnold Schwarzenegger, Ronnie Coleman, Lee Haney, Phil Heath, and others continuing to win Mr. Olympia for multiple years? Share your view in the comments below.