Emily Has New Weight Loss Update After Having Baby #2 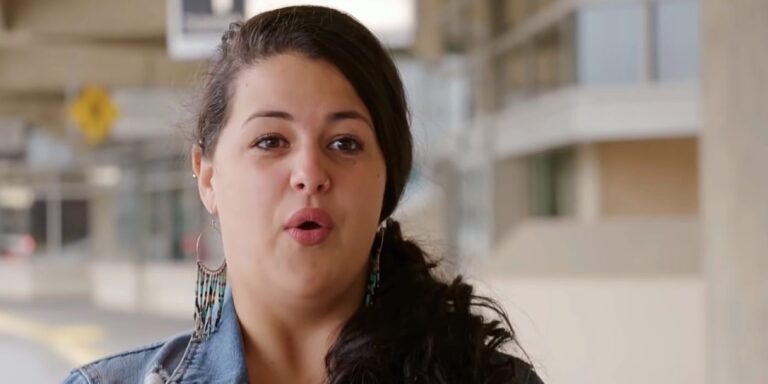 Emily Bieberly of 90 Day Fiancé season 9 revealed her weight loss progress after having had a second baby with Kobe Blaise. Emily quickly gained the number one most disliked cast member position on season 9 from the way she’s been behaving with Kobe. Emily met Kobe in China over two years ago before they started filming the TLC show. During that time, Emily and Kobe had gotten engaged and found out she was pregnant with their first child. Kobe got to meet his son Koban for the first time when he moved to the U.S. on his K-1 visa. But Emily and Kobe’s interactions showed how incompatible they are as a couple.

Upon seeing Emily, Kobe commented on her weight. Kobe was slammed by fans at that time for his insensitive remark, but as more weeks passed by, he was preferred by fans over Emily. She has been called out for still staying under her parents’ roof and for talking rudely to Kobe while also buying her own engagement ring to humiliate him. Fans quickly forgot about Kobe’s remarks on Emily’s weight thanks to her perceived ‘spoiled-brat’ behavior. But it seems like Emily did get affected by it since she had started showing off her fitness transformation on social media by then.

Related: 90 Day Fiancé: All About Emily, Kobe, & Their Anticipated Drama

After the episode aired in April, Emily revealed she’d lost 18 pounds already and posted a photo of her slimmer body on Instagram. But Emily has also been open about how her weight loss doesn’t always give her the required results. In her latest Instagram stories, Emily started off by saying she took her measurements and she’s down by three inches in her waist. She’s also been “dropping inches everywhere else.” However, 90 Day Fiancé celeb Emily is “just not dropping weight.” Emily’s weight loss is not happening as quickly as she’d like it to take place.

But Emily does seem to have found a solution to her problem. She wants to get back to focusing on her eating habits. Emily promised to post everything that she’s been doing. Starting this week, Emily is going to get “stricter” on her meal prepping, and she plans to tell her Instagram fans about how she does her portions. Emily also wants to share her before-and-after weight loss photos on social media. While Emily is not sure if she would like to post these photos just yet, she did promise to do it eventually. In her other Instagram stories, Emily confessed she’s not been able to watch the show since episode 4 or 5 because she’s been really “busy.” But she does plan to watch it for Kara Bass and Guillermo Rojer’s wedding day.

It seems like 90 Day Fiancé season 9 is a week away from its finale episode. It will be when fans find out if Emily and Kobe get married as well. Spoilers suggest Emily who is pregnant on the show will be having a baby girl who is a few months old now. Having back-to-back pregnancies may have caused Emily’s body to go through changes. So far, Emily has revealed what she looks like right now, and her admirers are in awe of the 90 Day Fiancé celeb’s dedication to losing weight as she continues to eat healthily and finish her exercises by 5:55 am.

Next: Why 90 Day Fiancé Newcomer Emily Is Already Irritating Viewers