Extra millage can help with teacher shortage in Duval schools 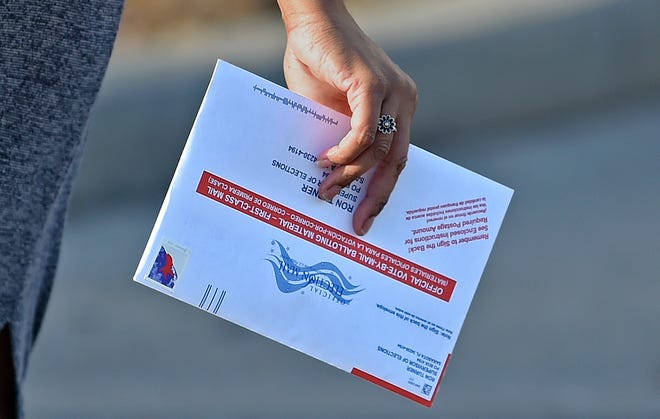 Duval County, among many other Florida counties, is experiencing a crisis as schools prepare to resume in less than one month. A major teacher shortage will leave classrooms without experienced educators, potentially overcrowded and continuing to build upon the detrimental educational impacts of the COVID pandemic.

The district is so desperate for teachers right now, they are accepting applications from any person who has a bachelor’s degree and are waiving the requirements for certification. This is not the answer. Placing unqualified personnel in a classroom with absolutely no educational background or teaching experience will only exacerbate the damaging impacts of the pandemic on education.

On Aug. 23, voters have an opportunity to help mitigate this crisis. With low salaries being one of the primary complaints of current teachers and teachers leaving their careers, a 1-mill increase will allow our public-school educators to be compensated more fairly and competitively, helping to retain and recruit qualified and experienced teachers.

While Florida ranks No. 16 in the country for starting pay, the average pay for teachers in the Sunshine State remains near the bottom, at 48th in the U.S., according to FEA. We can and must do better for our teachers and prioritize the education of our children through this measure.

This is why I am voting YES on the Aug. 23 referendum to increase the current millage rate for public school funding. A majority of the increase (75 percent) will be used directly to compensate teachers with a salary increase, something they both need and deserve. It’s also an initiative that will have immediate and long-term positive impacts on our community, state and country. We must pass this referendum — our future depends on it.

I want to let the people in the Jacksonville area know about the Lymphedema Treatment Act (HR 3630/S 1315), a bill that has been unanimously passed out of the House Energy & Commerce Committee.

The Lymphedema Treatment Act provides a correction to the Medicare statute that will eliminate a gap in coverage for prescribed medical compression supplies that are vital to lymphedema treatment.

There is no pharmaceutical treatment for lymphedema. Doctor-prescribed medical compression garments are the treatment used daily by lymphedema patients to manage their disease, just as prescription drugs are essential to the management of other chronic diseases.

An abundance of studies and real-world data have demonstrated that without access to prescribed compression supplies patients suffer from a significantly higher rate of complications, many of which require urgent medical care or hospitalization.

Further, a recent savings analysis from Avalere Health estimated that enactment of the Lymphedema Treatment Act will save the Medicare program $1.3 to $1.5 billion during the first 10 years, with additional savings likely, and also result in significant saving to Medicaid programs and private insurers.

I measure lymphedema patients for these garments daily at In the Pink. Most are not covered by their insurance policies, though this is the standard treatment for maintenance of this lifelong condition.

Congress must close this harmful and wasteful coverage gap this year. Please contact your representatives now to ensure that this important legislation becomes law during the 117th Congress.

Jeri Millard is the owner of In the Pink, a Jacksonville Beach boutique for women living with cancer.

Another YES vote for millage

Now that many residents have received mail-in ballots, please make sure to vote YES on the 1-mill tax to benefit schools. The most recent vote that allotted money for schools was for building maintenance on some of the oldest school buildings in the state. This is entirely different and for four years only, when it could again come up for another vote.

It is anticipated that the 1-mill tax would bring in about $81.8 million a year. Of that, 75 percent would be used to supplement teacher salaries, 12.5 percent would go to charter schools, and 12.5 percent to enhance important art, music, and athletic programs.

Here are some specific reasons to vote yes:

Currently 20 counties in Florida have passed millage referendums to provide additional support to their schools. Yes, it’s asking a lot with current high inflation, but it is imperative that we become the 21st to pass a referendum. The consequences of not supporting our Duval schools are far too important at this time and will reach far into the future, reflecting badly on Jacksonville.

Maggie Barker’s July 23 letter regarding public education raised the most important issues dominating the current dialogue, while Jennifer York’s guest column of political talking points was more like an endorsement for Gov. DeSantis.

Mrs. York, a fellow Ponte Vedra resident, must be aware that the quality of public-school systems is most often dependent on the affluence of the county. St. Johns is fortunate in this regard; other counties – not so much. Gov. DeSantis has not improved Florida’s growing teacher shortage and his agenda has caused significantly declining teacher morale.

His early COVID policy decisions for schools, made before the related science was fully known, were politically and economically prioritized. In the end, his “Parental Rights” bill will ultimately not benefit students, parents or teachers.

Never, in my many trips around the sun, have I seen such incompetence in the U.S. Postal Service as we have today. Since February, I have had three small checks fail to reach their local destinations, one of them being returned to me after two months. The others were never received and have not been cashed. They are in a trash can somewhere, I assume. Then, a note sent to a correct address in Michigan came back after four weeks.

When I posted about this on social media recently, I got overwhelming affirmation that this is a widespread problem. A friend who is retired from the post office told me many workers cannot even read cursive handwriting, which is not particularly their fault. That’s a failure of the education system and a letter for another day. But now I do make sure I print all envelopes.

Snail mail is pathetic, and I hear that USPS workers actually make good salaries (with even better retirements).

Vegan diet has drawbacks, too

I read with interest the July 23 letter from a doctor who suggests that people should try the vegan diet. The doctor goes on to say that there are many health benefits to the vegan diet, but also, he is disappointed that many people are not willing to take his advice.

This diet, like so many others, can certainly have health benefits in the short term because they promote weight loss. However, I have talked to numerous doctors who have taken their patients off the vegan diet for the long-term health concerns it creates.

The key to a sustainable healthy diet is eating a variety of foods and learning how to eat in moderation, coupled with moderate exercise. We need to remember that food is meant to be enjoyed, along with fellowship around the dinner table. There is no reason we can’t do that.

Nate got it right on Rutherford

Many years ago, when John Rutherford was running for the House of Representatives, he attended our men’s Bible study at Christ Episcopal Church in Ponte Vedra. He was well received and we were glad to have him. Based upon his performance in Washington, it was a terrible mistake and I couldn’t agree more with what Nate Monroe wrote on July 20 regarding Rutherford’s conduct, which is disgraceful.

I was a Republican for 40 years, but with the election of Donald Trump and the sycophants around him I am now an Independent. I just want to thank you for your well-written articles on so many issues. You are a credit to the profession of journalism, and I look forward to your articles and opinions every week.

Rutherford’s career in a nutshell

Nate Monroe’s July 20 column about U.S. Congressman John Rutherford was extremely accurate and summarized the career of a Republican rubber stamp who fully recognizes he occupies a safe gerrymandered seat.

He has not held one open meeting with his constituents since being elected in 2016 and seems to obediently vote as directed by his Republican handlers. I guess he has realized that to be elected in his district there are apparently just two requirements: an R next to your name on the ballot and a heartbeat. The voters in his district deserve better.

Thank you, Matt Soergel, for the July 19 article on my father, Grover C. Henley. I appreciate the pictures and the well-written article.