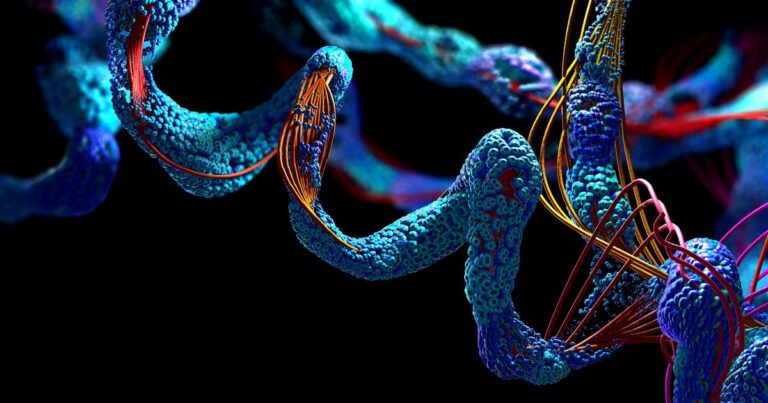 NEW YORK – Faeth Therapeutics, founded in 2019 by a dream team of prominent cancer researchers, is going after the largely untapped field of nutrient modulation as a way of personalizing treatments for cancer patients.

The company’s ambitious vision is to treat cancer patients by first testing their tumors for genomic or transcriptomic changes associated with nutritional vulnerabilities, and then starving them of specific nutrients in combination with other treatments they’re receiving, such as chemotherapy, radiation, and surgery. “There are 280 nutrients that we consume as part of our food, and every one of those nutrients we are attempting to modulate,” said Faeth CEO Anand Parikh.

A diet-specific treatment is already in play for some other medical conditions, such as for the birth defect phenylketonuria (PKU), which causes the amino acid phenylalanine to build up in the body. Parikh highlighted now Biomarin’s PKU drug Kuvan (sapropterin) must be used with a low phenylalanine diet, limiting milk, cheese, and eggs. However, while PKU patients on Kuvan must manage their own medical diet, Faeth will provide the diet for cancer patients.

The firm is developing medical diets based on research from three of the company’s founders. Discoveries in insulin suppression with PI3K inhibitors by Faeth Co-founder Lew Cantley, who formerly directed the Meyer Cancer Center at Weill Cornell Medicine and is a professor at Dana-Farber Cancer Institute, forms the basis of the company’s program in PIK3CA-mutant clear cell ovarian, endometrial, and colorectal cancers. In an ongoing Phase Ib study, patients with advanced solid tumors with PIK3CA mutations will receive the drug serabelisib, which Faeth has licensed from Takeda via Petra Pharma, in combination with an insulin-suppressing medical diet. Faeth has already dosed its first patients in this trial.

Faeth Co-founder Karen Vousden, who is also chief scientist at Cancer Research UK Cambridge Institute, published a study in 2012 on the connection between serine starvation and activation of the tumor suppressor protein p53. A follow-up study coupled dietary serine and glycine starvation in mouse models of lymphoma and intestinal tumors. The result was a significant increase in survival among mice with KRAS-driven pancreatic and intestinal cancers on the restricted diet compared to a control diet or normal mouse chow. Faeth is now investigating the role of serine and glycine restriction in metastatic colorectal cancer patients receiving second-line chemotherapy and pancreatic cancer patients on first-line chemotherapy in two clinical studies.

Another focus of development is based on work published in Nature in 2018 by Faeth Co-founder Greg Hannon, who also directs the Cancer Research UK Cambridge Institute, on the role of asparagine in breast cancer metastasis. In preclinical programs, Faeth is investigating the impact of an asparagine-restricted diet.

The company’s clinical efforts got a boost last week when Faeth closed a $47 million series A financing round, bringing the total funds raised to date to $67 million. Attracting investment from firms like S2G Ventures, Khosla Ventures, and others lends further credence to Faeth’s overarching vision that there is solid science underpinning its efforts.

For example, Vousden’s interest in how p53 works to hinder cancer development in cells inspired her to research serine and glycine starvation in cancer cells. “Pretty much every cancer that develops has somehow lost the protective effects of p53,” said Vousden. “We wanted to know how does p53 work, because then maybe we can think about how to re-engage those functions in cancer and stop the tumor growing.”

In the course of studying p53 over many years, Vousden learned about how it kills abnormal cells, such as those that are proliferating when they shouldn’t, or that are not in their normal environment in the body. “The surprise came when we showed that p53 can help the cells adapt to certain forms of stress, and the certain forms of stress that we were looking at was nutrient depletion,” Vousden explained.

That insight led to the discovery that cancer cells were more sensitive to serine and glycine starvation, in part due to the role of p53, but also due to other factors, leading to the dramatic results seen in the mouse experiments. Since publishing her findings in a 2012 paper, Vousden said different groups have reproduced her work using different models.

Parikh remembered saying to Vousden and the other scientists who would become Faeth’s cofounders that the results of those mouse experiments struck him as “earth shattering.”

“I was lucky enough to be introduced to the scientists who showed me this data,” said Parikh, “and they were all world-class scientists, all independently arriving at the conclusion that precision nutrition was the great untapped green field in cancer, that this was essentially a fourth pillar of oncology, alongside surgery, radiotherapy, and drugs.”

The way Vousden remembers it, Faeth — whose name in Welsh means ‘nutrition’ and is pronounced like ‘lithe’ — really got started when she connected with Hannon and Cantley and they realized their discoveries were converging around an idea that the nutritional requirements and metabolism of the cancer cell intersect with the genetics of that cell and with the therapy the patient is receiving.

Faeth is not limiting its investigations, however, to the three foundational programs currently underway. “What we are doing is using machine learning to take in all of the information about organ of [cancer] origin, about the genotype of the tumor, about drug response, and then saying, ‘Can we find nutrient vulnerabilities based on the genomics of the tumor?'” said Parikh. In the future, the company’s investigations will mature to a point where Parikh believes Faeth will be able to design n-of-1 nutritional interventions based on RNAseq analysis of a patient’s tumor.

Meanwhile, in its foundational programs, Faeth is already working on figuring out how to identify the patients who will respond best to certain nutritional modalities. In Vousden’s work, for example, the connection between tumor genomics and serine sensitivity comes down to how well the tumor can make its own serine. Those amino acids are non-essential, meaning that they are made in the body, and are not required as part of the diet.

Vousden found that tumor cells with a high expression of enzymes necessary to make serine were less responsive to starvation of exogenous serine. On the other hand, some tumors are not that efficient at making their own serine. “We think that the patients that have tumors with limited ability to make serine are going to be those patients who are most likely to benefit from our diet,” Vousden said.

The way that Faeth will deliver its nutritional interventions will be as a companion product with standard therapeutics. These personalized nutrition-supported treatment modalities will go through the standard clinical trial process and, if approved by regulators, be reimbursed traditionally as therapeutics, Parikh said. He envisions that the precision diet, including all meals and snacks, will be provided to patients for free, along with a phone app that will provide information and support. Payors would then reimburse for the drug or therapeutic that patients will be expected to benefit from with the help of their precision diet.

Parikh confirmed that Faeth will look to license more therapeutics in the future as their research studies produce potential diet and drug combinations. The company will garner IP protecting the specific diet-drug combinations, Parikh said, so another company won’t be able to market the same drug with those specific nutrient restrictions.

Whereas some of Faeth’s dietary approaches such as an insulin-suppressing diet could be managed by patients on their own, Parikh said the company still prefers to provide all the meals for patients.

“We will provide that for free to patients with the goal of just ensuring that our outcomes are as good as possible,” Parikh said. “If you think about what’s in our long-term best interests, rather than just thinking about short-term profit margins, if [we want to] create an entirely new category of oncology treatments, then we have to be really thoughtful about making sure that real-world evidence matches what we do in our clinical trials.”

Moreover, in the case of amino acid-restricted diets, those need to be specially prepared. Parikh said a diet restricted in serine and glycine would begin with a diet devoid of protein. Faeth then introduces the protein component of the diet using a sachet of amino acids that lacks serine, glycine, proline, and other amino acids that could be converted into those.

In terms of intellectual property, Faeth is assembling a portfolio of patents taking into consideration that the medical diet and drug together will be regulated as a drug by the US Food and Drug Administration. As such, these would not be typical food patents. In this way, what Faeth is doing “is incredibly novel,” said Parikh.