Fitness: Compete in a triathlon – athletes advice on where to start 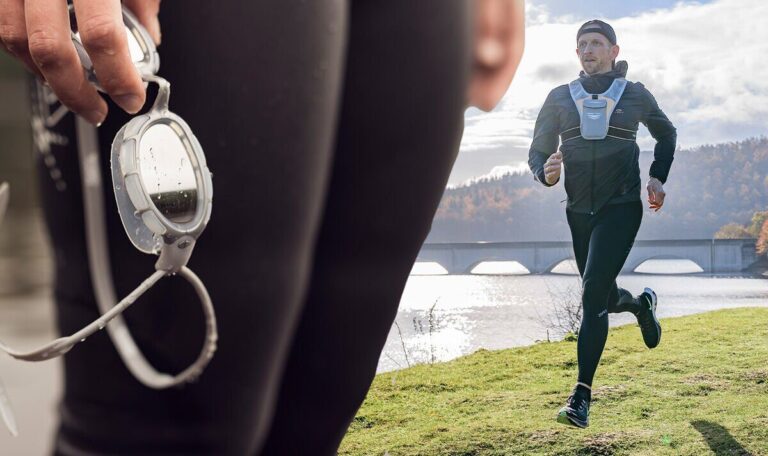 After a friend asked him to help train him for a triathlon he was doing in Marbella, professional triathlete Ian Dempsey, a dad of three and ambassador for fitness apparel brand Freetrain, had no idea he would soon become a pro and a triathlon coach.

Going from a self-described “overweight drinker and smoker”, he became “hooked” on the sport, and encouraged people of all ages to get involved.

He told Express.co.uk: “Triathlon is a fantastic sport not only is it a great way of keeping fit and healthy, the diversity means it never gets boring and you can really get stuck in to achieving some fantastic goals.

“What are you waiting for?”

Ian also offered three top tips for those curious about training for a triathlon, hailing it as a “great way to meet new people”.

“It’s a great way to meet new people and there are plenty of local Facebook groups or community platforms out there that you can access.”

He explained having a training plan is very important when it comes to sport as people can find themselves training off the cuff and training the wrong way which could lead to injury.

“You don’t have to spend a fortune on these either, there are lots of off the shelf training plans to get you started – a 12 week progressive plan to guide you through swim, bike and run is a good place to start, as it is difficult to balance the three,” he said.

“Following a plan will make it that little bit easier.”

READ MORE: Fitness: How to ‘increase fat burning’ in a heatwave – expert advice

“That’s when I discovered the Freetrain training vest which is genuinely a product that I use all the time, as it’s so handy to have my phone on me/any small essentials like keys hands-free and in a comfortable position.”

Speaking to Express and Star of his first ever race, he said: “I knew nothing about it or the distance and it ended up being a 1,900 metre swim, 56-mile bike and a half-marathon run.

“I’d never done anything like that in my life. It was a middle distance race and I completed it in six hours.

“I was hooked from then onwards, that was where it all started.”

Ian Dempsey is a professional triathlete, dad of 3 and an ambassador for Freetrain. Well-known for their signature running vest that revolutionised carrying your phone hands-free as you exercise, Freetrain have just marked their entry into the fitness wear space with their first clothing range – The Emergence Collection. You can view the range here: freetrain.co.uk.