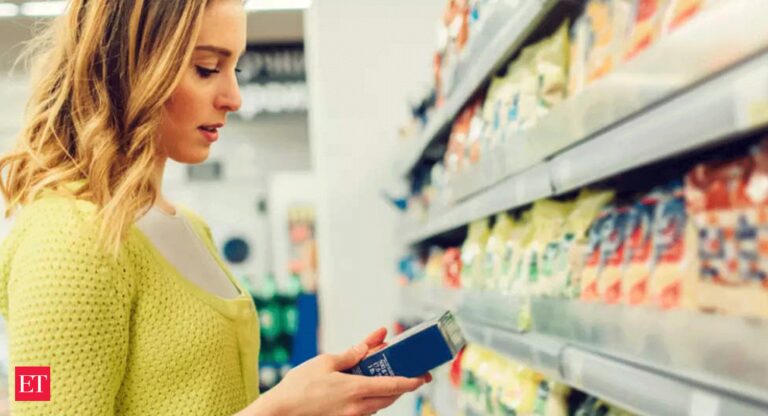 For the first time, beverages and snacks maker PepsiCo India is introducing a mainstream campaign for its zero-sugar cola-Pepsi Black.

In a June quarter earnings call on Tuesday, a PepsiCo spokesperson said the no-sugar market in beverages is growing faster than that for sugary drinks globally, though on a smaller base.

said in an investor presentation that it is working on reducing 6% sodium content and 8% sugar content across its portfolio by March 2024. The maker of Nutrichoice and Tiger biscuits is the country’s largest biscuits maker.

Hershey India has introduced a 30% less sugar variant of its Kisses chocolate, which it said was its first launch of a less-sugar chocolate variant of the global brand.

National regulator Food Safety and Standards Authority of India (FSSAI) is finalising guidelines to introduce front of pack labelling, either through a star rating system or warning labels on the basis of ingredients such as salt, sugar and fats in packaged foods and beverages. The regulator had mandated the Indian Institute of Management, Ahmedabad, to conduct a detailed report on front-of-pack labelling for packaged and processed foods in the middle of last year, the first time an external entity was roped in for the purpose. The draft guidelines are expected to be introduced by year end, following which, the final guidelines will be released. The move is expected to significantly impact consumption of packaged foods.

Health advocacy groups have flagged that the regulator needs to introduce the labelling guidelines, which have been in draft stages for more than seven years, urgently to curb consumption of foods with sugar and salt in excess of threshold limits.

“Health and wellness will continue to remain a key consumer trend and we are positioned to cater to this demand,” said Prashant Parameswaran, managing director of Tata Consumer Soulfull, marking the Soulfull brand’s extension to oats this week.

India is now the world’s fastest growing health foods market and forecasted to become a $30 billion sector by 2026, Avendus Capital said in a report.