Fugazi’s ‘Steady Diet of Nothing’: A divisive masterwork 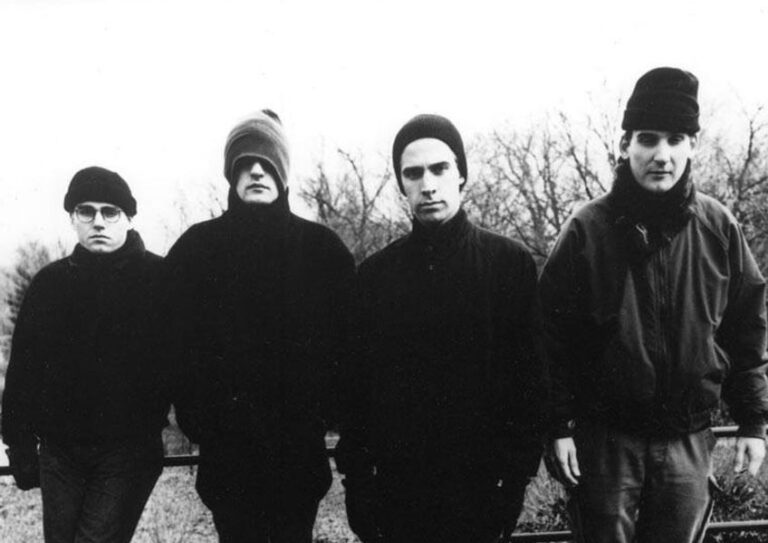 Fugazi – ‘Steady Diet of Nothing’

Post-hardcore heroes Fugazi need no real introduction. Something of a supergroup, their classic lineup was comprised of frontman and guitarist Ian MacKaye, formerly of Minor Threat and the head of the legendary independent record label Dischord, co-frontman and guitarist Guy Picciotto, the mastermind of now-defunct emo progenitors Rites of Spring, bassist Joe Lally and drummer Brendan Canty, who also had a stint in Rites of Spring.

Together, they created a sound that was punk in every sense of the word but with an artful edge that consistently sought to innovate and push the form to its limits. Their back catalogue is everything you’d expect from such an eminent lineup, comprised of hard-hitting musical and lyrical moments, as well as more minimalistic pieces. It’s as varied as they come, and since they went on hiatus in 2003, it has aged like a fine wine.

There’s a reason why Fugazi are loved by many outside of the inner sanctum of the punk scene, and that’s because their effortless style is so compelling that you cannot help but be swept up by its unrelenting energy. It goes much further than the works of Minor Threat and Rites of Spring. Fugazi showed that punk could be so much more than its basic formula and helped to change the genre as a whole – the effects of which cannot be understated.

In truth, Fugazi’s back catalogue is as consistent as they come, and considering that the band always pushed themselves to take their art one step further, truly starting with 1989’s compilation 13 Songs and culminating in 2001’s art-rock masterpiece The Argument, their musical odyssey is one full of many magnetic twists and turns, where the audience develop with their music.

Duly, if you ask any fan of the band which of Fugazi’s six studio albums is their favourite, they’d be hard pressed, as it changes every day, given just how multi-faceted each body of work is.

Their 1990 debut Repeater and 1993’s In on the Kill Taker are two titles that often crop up, but for some of the band’s most diehard fans, there is one title that supersedes all the others, their sophomore effort, 1991’s Steady Diet of Nothing. It’s an interesting title, simply because it is also one of the most divisive that the band has ever released.

It is criticised by some for the relatively conservative, dry sound of the production and the fact that the moments that stick out at you as being genuinely astounding are rarer than on their other records. However, do not be fooled into thinking these downsides, as their is still a beauty in the record’s ‘faults’.

Despite the objections that can be lodged against it, Steady Diet of Nothing is actually one of the band’s most consistent bodies of work, and if anything, ironically, the only downside is that it is too consistent, with many of the tracks sounding extremely similar. Although it is criticised for its compressed sound, tracks such as ‘Exit Only’, ‘Reclamation’, ‘Latin Roots’, ‘Stacks’ ‘Steady Diet’, and ‘Dear Justice Letter’, channel the raw power of Repeater, and build on its musical style with more complex and dynamic writing. For this reason, it is best to regard Steady Diet of Nothing as the bridge between Repeater and In on the Kill Taker, rather than an isolated body of work. It alluded to where the band were heading, giving us exciting tastes of what was to come.

Recorded at Inner Ear Studios in Arlington, Virginia, during the early stages of 1991, Steady Diet of Nothing is notable for being their first self-produced effort, which also accounts for the dry and safe sound, as the only person in the studio apart from them was engineer Don Zientara. This meant that the recording and mixing sessions were a steep learning curve for Fugazi. However, it would be a fruitful process, teaching them lessons that would allow their style to morph so intelligently over the rest of their career. In many ways, this was a starting point, so faults are to be expected, even the best in the business have difficult lessons to learn.

Of making the album, Picciotto recalled: “[it] was a tough record for us to make. It was our first attempt at producing and mixing by ourselves, and we didn’t feel like we had a really good handle, technically, on what we wanted to do. And we were also pretty fried from a shitload of back-to-back touring. I appreciate Steady Diet for a lot of things, but there was a flatness to both the performances and the sound that was weird to us.”

MacKaye echoed this, saying: “It was like we were walking on eggshells, trying not to offend each other. No one would say, ‘Turn your guitar down,’ or, ‘Turn the drums down.’ So we ended up getting a democratic mix, and a lot of times democratic mixes equal bad mixes. And I feel Steady Diet is a classic example of us being very conservative, although a lot of people think it’s our best record.”

Despite the band not being overly fond of the record, there is another stellar takeaway from the mix, the way it highlighted the rhythm section of Lally and Canty, who make a strong claim to be on rock’s ‘most esteemed but consistently overlooked’ partnerships. Lally’s grooving yet heavy basslines are plastered all over its 36-minute run time, driving tracks such as the opener ‘Exit Only’, and the atmosphere of his melodic style that hit new levels on Repeater’s ‘Turnover’, developing further on the track ‘Long Divison’.

As for Canty, he is the glue that holds it all together, and for the criticisms that can be pointed at the mix of the guitars, the mix of his drums is one of the cleanest in the band’s back catalogue and in punk itself. His performances are stellar from start to finish, and his dynamic predilection for ghost notes is something that all drummers should be aware of. He is Fugazi’s energy of the record, and without him, it is likely that the record would have been much, much worse.

Whilst Steady Diet of Nothing is not Fugazi’s strongest album by any means, there’s still much to delve into. After all, this is Fugazi, and what might be a misfire to the band, is still a work of genius.