Half of All Supplements Contain Hidden Animal Products 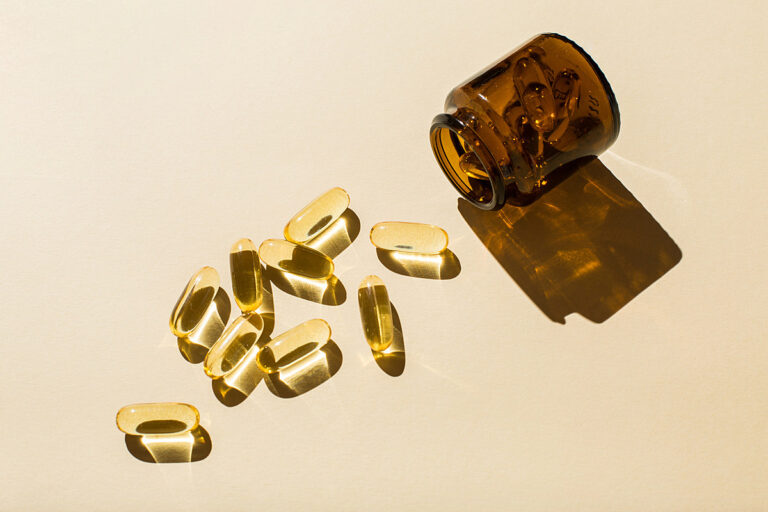 Your daily supplements may not be as vegan-friendly as you think. The Transparent Label Campaign just released a report showing that 50 percent of dietary supplements contain animal-derived ingredients. Released jointly by supplement brand Terraseed and animal protection organization Animal Save Movement, the new research highlights how major supplement companies’ products may lack ingredient transparency.

The report claims that over 24 billion animal deaths can be attributed to supplement production every year. While researching the $55 billion supplement industry, the report authors discovered that supplement companies typically do not mark animal-derived ingredients on their products.

“A lot of consumers don’t know that common ingredients such as gelatin or magnesium stearate are made with the fat, bones, and tendons of pigs, cows, and chickens,” Founder of Terraseed and the Transparent Label Campaign Maria Cebrian told VegNews. “More than half of supplements on the US market contain at least one animal-derived ingredient. For example, a lot of capsules and soft gels are made with gelatin.”

The Cost of Animal-Based Ingredients

The supplement industry impacts fish more than any other animal by a significant margin. The study estimates that animal-based supplement production kills 24 billion per year, mostly to produce fish oil for omega-3s. The report notes that fishing-related pollution plays a huge role in the industry’s negative environmental impacts, claiming that supplement companies produce 1.8 billion plastic bottles every year.

“Fishes are killed in massive numbers to produce supplements,” Cebrian said. “It actually takes up to 100 fish to create a single bottle of fish oil supplements. If that wasn’t bad enough, 54 million plastic supplement bottles also end up in the ocean, damaging marine ecosystems and killing millions of marine animals.”

Despite the Dietary Supplement Health and Education Act of 1994 that restricts supplement manufacturers and distributors’ ability to misbrand or mislead customers, the supplement industry faces minimal oversight from the Food and Drug Administration (FDA). The report’s authors claim that the FDA rarely inspects supplement facilities and requires no sourcing standards on vitamin labels. In short, the supplement industry can easily circumvent full disclosure, potentially misleading consumers without the proper information.

The Transparent Label Campaign is supported by BeVeg, SEED (Strategies for Ethical and Environmental Development), Social Compassion in Legislation, and Naturally Boulder. The campaign released a petition that calls on the FDA to double down on the label requirements for dietary supplement products to improve transparency across the entire industry.

“To stop animal suffering in the supplement industry, all key players need to take responsibility: supplement companies, the FDA, and also consumers,” Cebrian said. “We all need to join forces to bring more transparency to an old-fashioned and opaque industry and start talking about our responsibility to this planet and its animals.”

This campaign joins a growing movement to encourage the FDA to improve labeling standards. Last month, Ethical Inc Founder Obi Obadike told Nutrition Insight that the supplement industry is in desperate need of more oversight. The founder claimed that without transparency and more regulation, consumers “have no idea what they are taking and what potential harm could be to them.”