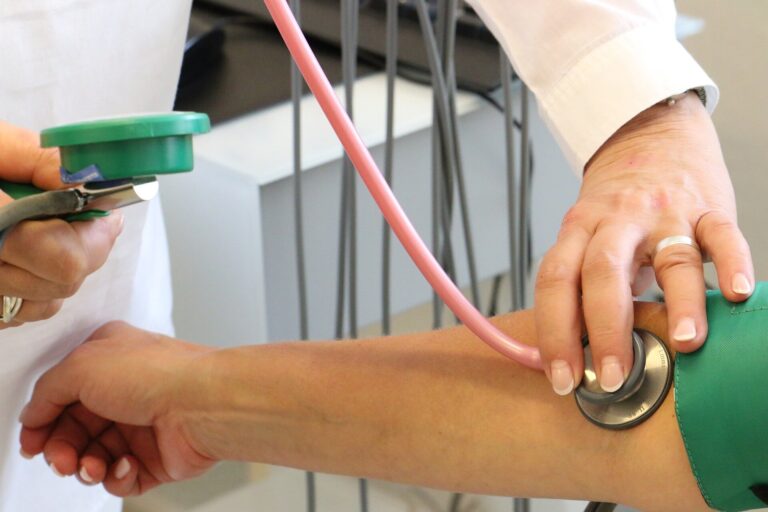 A key feature of the Chinese heart-healthy diet, modeled along the lines of the Dietary Approaches to Stop Hypertension (DASH) diet, was sodium reduction. An unhealthy diet, especially one high in sodium, is a key modifiable risk factor for high blood pressure.

“Compared with the nutrient composition of a usual Chinese diet in urban China, our heart-healthy diet of traditional Chinese cuisine cut sodium in half, from 6,000 mg daily to 3,000 mg daily, reduced fat intake and doubled dietary fiber. It also increased protein, carbohydrates and potassium,” said the first author and co-chair of the study team Yanfang Wang, Ph.D., a nutritionist and professorial research fellow at Peking University Clinical Research Institute in Beijing, China.

According to a 2012 China National Nutrition Survey, consumption of healthy foods such as grains (34%), tubers and legumes (80%), and vegetables and fruits (15%) decreased significantly. In contrast, consumption of meat (162%), eggs (233%), and edible oil (132%) increased dramatically over the same time.

“Chinese people who live in the U.S. and elsewhere often maintain a traditional Chinese diet, which is very different from a Western diet,” said the chair of the study team Yangfeng Wu, M.D., Ph.D., professor of epidemiology and sciences in clinical research at Peking University Clinical Research Institute in Beijing, China. “Healthy Western diets such as DASH and Mediterranean have been developed and proven to help lower blood pressure, however, until now, there has not been a proven heart-healthy diet developed to fit into traditional Chinese cuisine.”

The study included 265 Chinese adults, average age of 56 years old, with systolic blood pressure equal to or greater than 130 mm Hg. Slightly more than half of the participants were women, and nearly half were taking at least one high blood pressure medication when the study began. Participants were recruited from Beijing, Shanghai, Guangzhou and Chengdu. These are four major cities in China, each with a corresponding regional cuisine: Shangdong, Huaiyang, Cantonese and Szechuan, respectively.

The Chinese heart-healthy diet was developed with catering organizations in those areas and conformed to the four regional cuisines, so that researchers could understand if the effect of the heart-healthy diet would be applicable and sustainable to different Chinese dietary cultures. This can sometimes be challenging since traditional Chinese cuisine has a long history of using salt for cooking and food preservation, over thousands of years. This is especially true in northern China, where greens were scarce in the cold climate, and people had to eat salt-preserved vegetables during the winter and spring seasons. This is why sodium intake is even higher for people living in northern China.

At the beginning of the study, all participants consumed their local, usual diets for seven days so that the new eating plans could be customized for taste and flavor. Researchers wanted the heart-healthy diet to be as close as possible to the participant’s usual diets in terms of flavor, while adjusting the nutrient intake to be heart-healthy. After the initial 7 days of eating their usual diet, 135 of the adults were randomly selected to consume the new Chinese heart-healthy diet for 28 days, and the remaining 130 participants ate meals from their usual cuisine. Depending on group assignment, meals were either regular or the heart-healthy versions of Shangdong, Huaiyang, Cantonese and Szechuan cuisine. Study participants and blood pressure assessors were not aware of which dietary group the participants were assigned.

Researchers measured the participants’ blood pressure before and after the study, and once a week during the study. Food ingredients were weighed for each dish to calculate nutrient intake for each meal. Urine samples to measure sodium and potassium intake were collected at the start and the end of the study. The results indicated the blood pressure-lowering effect of the Chinese heart-healthy diet may be substantial and compatible with hypertension medications.

Researchers noted these findings suggest the effects achieved by the heart-healthy Chinese diet, if sustained, may reduce major cardiovascular disease by 20%; heart failure by 28% and all-cause death by 13%.

“Health professionals should recommend a heart-healthy diet with low sodium and high potassium, fiber, vegetables and fruits as the first-line treatment to their patients with high blood pressure,” Wu said. “Because traditional Chinese dietary culture and cooking methods are often used wherever Chinese people live, I believe a heart-healthy Chinese diet and the principles that we used for developing the diet would be helpful for Chinese Americans as well.”

American Heart Association volunteer expert Lawrence J. Appel, M.D., M.P.H., FAHA, noted, “The results of this trial are truly impressive and provide a roadmap on healthy eating to people consuming a variety of Chinese cuisines—Shangdong, Huaiyang, Cantonese or Szechuan cuisines. Major public health efforts are warranted in order to ‘scale up’ throughout China in order to achieve population-wide reductions in blood pressure.”

Appel is vice chair of the writing group for the American Heart Association’s 2021 scientific statement, Dietary Guidance to Improve Cardiovascular Health. The guidelines suggest consumption of whole grains, lean and plant-based protein and a variety of fruits and vegetables; limit salt, sugar, animal fat, processed foods and alcohol; and to apply this guidance regardless of where the food is prepared or consumed.

A limitation of the study is that the heart-healthy Chinese diet was tested for only four weeks. A longer study period may confirm and possibly even strengthen these results, according to Wu.