Here’s what meat-loving Chris Hemsworth did for vegan Natalie Portman on the sets of ‘Thor: Love and Thunder’ 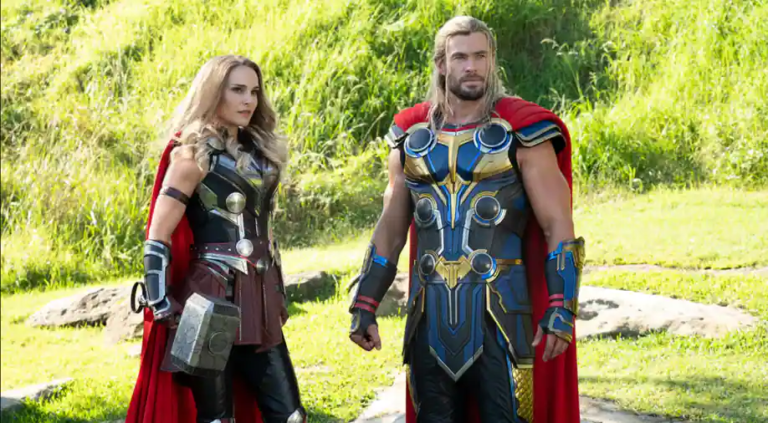 Known for his meat diet, Chris Hemsworth forego temporarily his diet on the sets of ‘Thor: Love and Thunder’ for his co-star Natalie Portman who is a vegan. Portman played Mighty Thor in the film aka Dr Jane Foster, Thor’s love interest. While speaking to UK’s Capital FM, Natalie revealed ho Chris respected her vegan diet while filming the kissing scene in the film.

“He’s (Chris) really nice. The day we had a kiss scene he didn’t eat meat that morning because I`m vegan. And he eats meat like every half hour. Like, that was so thoughtful. That`s not something I`m angry about or care about, but he was just being thoughtful. He’s just a very nice person,” she shared.

Natalie’s ‘Thor: Love and Thunder’ co-star Tessa Thompson added, “I didn’t even know he could go without eating meat. He’s just like eating bison in the morning. That’s so sweet.”

‘Thor: Love and Thunder’ was released in theatres last weekend. Chris recently revealed that his younger brother Liam Hemsworth was almost cast as Marvel’s Thor instead of him.

‘Thor Love and Thunder’ is one of MCU’s worst movies. Here are the others

While promoting the latest instalment of the franchise, ‘Thor: Love and Thunder’, the 38-year-old revealed just how close Liam was to playing the Mjolnir swinging character.

Meanwhile, the box office performance of ‘Love of Thunder’ despite mixed to positive reviews has surprised analysts. Wion’s review of the film reads, “…the film cannot recreate the magic that we saw playing out in the preceding film. The trouble, I feel, is that the film is missing that immaculate cocktail of intelligent, humour-laced writing and carefully crafted set pieces that made ‘Ragnarok’ one of the best MCU entries.”