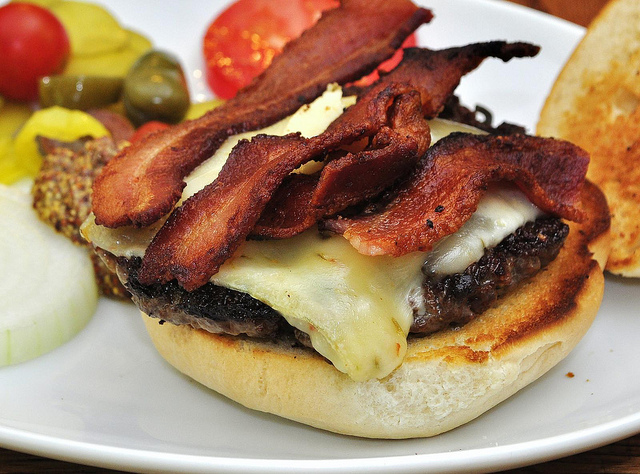 By itself, Alzheimer’s disease is already a life-altering disease. Considered the most common form of dementia, it affects around 5.8 million people in the U.S., according to data from the Centers for Disease Control and Prevention (CDC).

Meanwhile, obesity caused by a high-fat diet affects around 41.9% of adults in the country.

A new study published in the Metabolic Brain Disease found that eating an unhealthy diet with high amounts of fat can accelerate the behavioral and cognitive decline caused by the disease.

Hailing from the University of South Australia, the team of researchers wanted to examine the effects of the traditional Western or “American” diet – typically consisting of high-calorie and high-fat foods – on people with Alzheimer’s.

Using mice model genetically engineered to overexpress a mutated form of the human tau protein, the researchers fed the subjects a high-fat diet (23.5%) over a long period. Some had a regular diet with 4.8% fat.

The researchers found that the mice with Alzheimer’s were more likely to develop obesity when fed a high-fat diet. The mice also developed glucose intolerance and insulin resistance — signs of type 2 diabetes.

The researchers also found that when fed with a high-fat diet for a long period, the brains of the healthy mice had an increase in pathological tau protein levels, suggesting that the diet can also accelerate the onset of Alzheimer’s disease.

Per study author Larisa Bobrovskaya, associate professor of Clinical & Health Sciences at the University of South Australia, the findings are consistent with what is already known about metabolic factors and their connection to the nervous system.

The researchers noted that their findings underline the importance of addressing the global obesity pandemic.

“A combination of obesity, age and diabetes is very likely to lead to a decline in cognitive abilities, Alzheimer’s disease and other mental health disorders,” added Bobrovskaya.