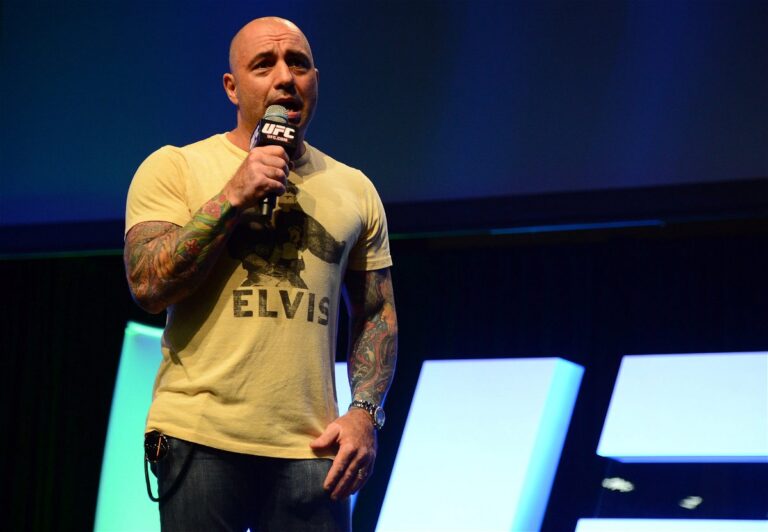 Spotify’s biggest podcast host shared a vegan-themed meme on his Instagram handle with the caption, “I wish I knew who made this so I could give them credit. Holy f*** that’s a funny one.”

“How vegans be looking as you finally try a bite of their fake macaroni and cheese,” read the meme. Besides, it had a picture of a bizarre face with wide-open eyes and a mysterious smile.

While most people found Rogan‘s post funny, there were some who criticized vegan people who use dairy products in their diet.

Vegan diet – plant-based food restricts one from consuming dairy products. However, Rogan’s comments seem to be directed toward the many people who are not carnivores consume dairy products and still consider themselves vegan, which contradicts their claim.

The longtime UFC color commentator understands the reason for people becoming vegan. As he feels, by going on a vegan diet, one can cut out many unhealthy factors from their diet. That said, he believes it also lacks in terms of certain things.

During a conversation with UFC bantamweight star Sean O’Malley and his coach, on the JRE podcast, the veteran UFC announcer said, “People wanna be healthy and for the most part eating vegetables is healthy. The problem is there is a lot of nutrients that you’re gonna really have to search for if you’re just eating plants.”

Rogan offered proteins and amino acids, vitamin B, and other essentials that are hard to get in the only vegan diet. Additionally, he submitted that broccoli and steak are not the same.

The rising bantamweight prospect agreed with the former Fear Factor host. O’Malley also shared his story about why he went vegan for 6-month and why he changed his decision later.