How a Diet High in Carotenoids Can Help Women Live Longer, Better 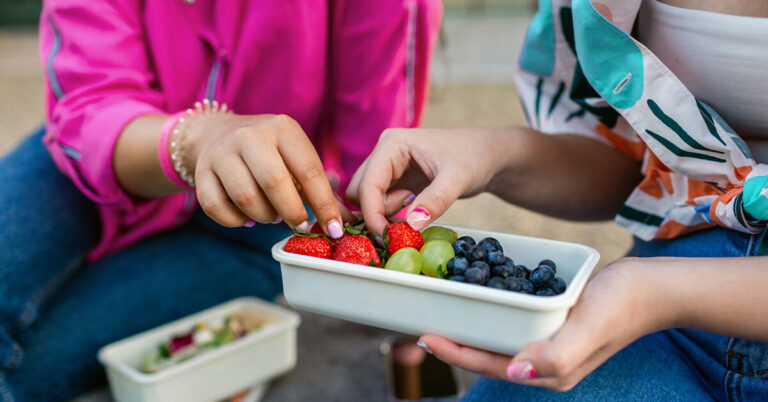 Women tend to live longer than men but, paradoxically, tend to have more health issues as they age.

Scientists have speculated that it might be due to various factors, including hormonal and genetic differences between women and men.

However, new research from the University of Georgia suggests that it may be related to dietary factors.

Many of the conditions that affect women as they get older, like osteoporosis, dementia, cataracts, and macular degeneration, have been linked to a dietary shortfall of a type of phytonutrient called carotenoids.

Carotenoids are the pigments that give foods like sweet potatoes, bell peppers, and tomatoes their bright colors.

Preventing these diseases could be a matter of awareness and making different food choices, according to the study’s authors.

Women have a greater need for carotenoids, so they could be at higher risk for diseases caused by a deficiency, according to one of the study’s co-authors, Billy R. Hammond, PhD, a professor in UGA’s Franklin College of Arts and Sciences Department of Psychology’s behavioral and brains sciences program.

“Women are not all that different with respect to their intake,” explained Hammond, “but there are differences in their biology that create higher need…”

He said, for example, that carotenoids are fat soluble, which means they are stored in adipose tissue.

Women generally have a higher amount of body fat related to their ability to bear children.

This means that more carotenoids are shuttled away from areas where there is a large need, like in the central nervous system.

Having a reserve supply of these important nutrients helps protect the developing fetus during pregnancy. However, the body’s preference for supplying the baby with these nutrients first can leave the mother lacking.

Hammond gave macular degeneration as an example of a condition that could result from a shortage of carotenoids. If there is less available for the retina, which the body might consider a lower priority than a growing baby, this could make a woman more prone to developing this condition.

The study authors noted in their report that carotenoids seem to be especially important factors in vision and cognitive health.

The carotenoids lutein and zeaxanthin are highly selective for certain tissues in the eye and brain and have been shown to improve the function of those areas as well as prevent degeneration.

“The choice sounds tired,” said Hammond, “because we hear it so often but it is really simple: a good diet. The old adage you are what you eat is quite literally true.”

One way to recognize which foods contain carotenoids is to look at their coloring. Dena Champion, RDN, LD, a registered dietitian at The Ohio State University Wexner Medical Center, said carotenoids are what make plant foods look orange, yellow, or red. For example, tomatoes, sweet potatoes, cantaloupe, and butternut squash.

However, it might sometimes not be so obvious that a plant contains carotenoids. “Leafy greens like spinach and collard greens are also a good source, but chlorophyll masks the color,” said Champion.

Phytochemicals in general are good for human health, she said.

“They may play a role in helping to prevent certain types of cancers, they may decrease inflammation, and some act as antioxidants to protect us from free radical damage.”

In addition to being “nutrition powerhouses,” plants are also lower in calories, said Champion

“When we eat a variety of plants we support our bodies in so many ways.”

She further explained that zeaxanthin and lutein are two particular types of carotenoids that are important for eye and cognitive health.

If you want to get more of these important phytonutrients in your diet, Champion suggests eating foods like spinach, kale, winter squash, broccoli, and Brussels sprouts.

Getting more doesn’t have to be hard though.

“I love to throw spinach into a smoothie for extra nutrition,” she said, pointing out that tricks like this are a great way to incorporate more fruits and vegetables into your diet that you may not typically enjoy.

“If you don’t like kale, try massaging it with a dressing that contains some acid (like lemon juice or vinegar). That can really change the texture and I often find people like it a lot better this way,” she said.

Champion further adds that none of these foods have to be fresh. Frozen can provide the same health benefits.