How bad for the environment is eating meat? 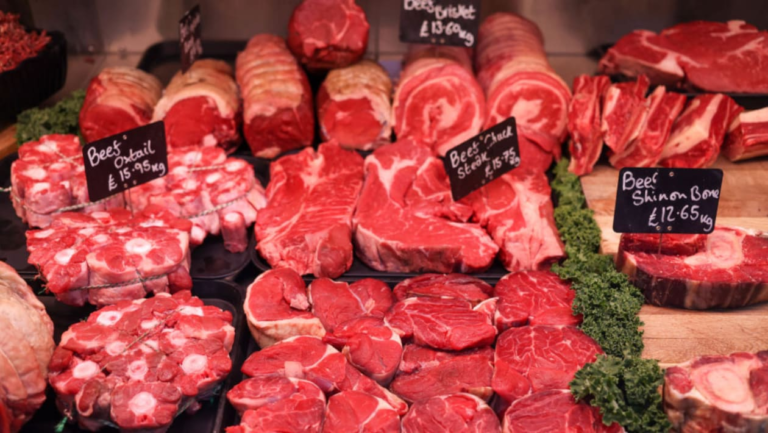 People must dramatically cut their intake of meat and dairy to avoid climate breakdown, the UK government’s food tsar has warned.

Henry Dimbleby told The Guardian that growing crops to feed to animals that provide “a very small amount of protein for us to eat” was “an incredibly inefficient use of land”.

The paper reported that a total of 85% of agricultural land in England is currently used “for pasture for grazing animals such as cows or to grow food which is then fed to livestock”.

A 30% meat reduction over ten years is required for land to be used sustainably in England, according  to Dimbleby, co-founder of the Leon food chain and author of an independent review of the UK food system published last year. “If we fail on this,” he said, “we will fail to meet our biodiversity or climate goals in this country.”

Animal agriculture is a “leading cause of the climate crisis”, said Totally Vegan Buzz. The meat industry is responsible for 14.5% of global greenhouse gas emissions “from the methane it produces and through the carbon associated with the feed it eats”, the vegan news site reported.

The industry also uses a significant amount of water. The Water Footprint Network has calculated that 15,000 litres of water is needed to produce 1kg of beef. Most of that water, according to National Farmers Union (NFU),, “refers to the water footprint of the feed for the animals”..

A 2018 study by non-profit think-tank Grain and the Institute for Agriculture and Trade Policy found that the top five meat and dairy companies combined were responsible for more greenhouse gas emissions than either ExxonMobil, Shell or BP.

The authors concluded that, without changes, the livestock sector could be responsible for 80% of the allowable greenhouse gas budget by 2050, accelerating environmental catastrophe.

A paper published in the journal Science in 2018 found that adopting a vegan diet “has transformative potential”, including reducing greenhouse gas emissions by an average of 6.6 billion metric tons (a 49% reduction).

Lead researcher Joseph Poore, of the University of Oxford, told The Guardian that a vegan diet “is probably the single biggest way to reduce your impact on planet Earth, not just greenhouse gases, but global acidification, eutrophication, land use and water use”.

The Countryside Alliance has “hit back” at the push towards plant-based diets, claiming that UK cattle and sheep account for just 3.7% of UK carbon emissions, reported the Farmers Guardian newspaper.

The National Farmer Union has insisted that British beef “is produced to some of the highest welfare and environmentally sustainable standards in the world”, and points to the UK’s “extensive, grass-based, grazing systems”.

According to a 2020 report from the government’s Committee on Climate Change, emissions from beef production in the UK are about half the global average.

The British farming industry as a whole aims to reach net zero greenhouse gas emissions by 2040..

UK food tsar Dimbleby conceded that asking the public to eat less meat – supported by a mix of incentives and penalties – would be “politically toxic”, said The Guardian.

He has authored two government-commissioned reports into the UK’s food system, “but the white paper that followed, published by Boris Johnson’s government in June, was widely criticised for watering down his key recommendations”, and totally omitted his meat reduction policies, the paper reported.

“I wasn’t surprised at all,” Dimbleby said. “You’ve got huge lobbies campaigning for consumption, and the public don’t like the idea of reducing meat and dairy.”