How does gapping meals impact your metabolism? 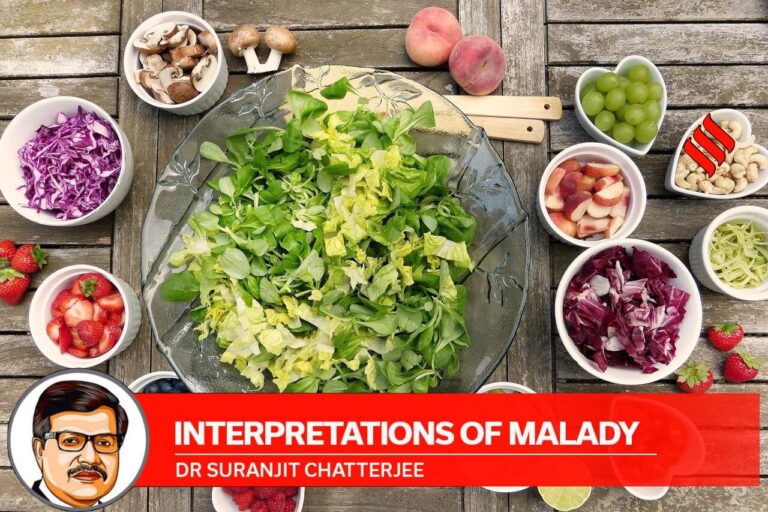 Eating habits or scheduling meals in a day is a subjective choice and differs from person to person. While diet plans may differ, there are preconceived notions regarding healthy eating habits and the required gap between each meal. There are two major schools of thought: “Eating three or fewer large meals a day” or “eating frequent yet smaller portions in a day.”

The meal frequency is often considered a catalyst for weight loss and is believed to influence the amount of weight a person sheds or keeps. There have been suggestions in conventional dietary knowledge that eating frequent and controlled portions of food activates the body’s functioning requirements and prepares one for the next meal. This pushes the human metabolism to do more work and helps burn more calories.

According to research published in the Journal of the Academy of Nutrition and Dietetics in 2015, a large number of small meals may be associated with improved diet quality and lower Body Mass Index (BMI). However, this may have certain implications on the behavioural approaches for controlling obesity. While the study draws inferences based on clear observations of a target group, other research suggests that eating less, more frequently, and keeping the body engaged in digestive activities might not have a significant impact on a person’s metabolism or help burn more calories during the day.

One 2019 cross-sectional study compared eating fewer than three meals per day or more than four meals per day and found that consuming more than four meals increases HDL (high-density lipoprotein) cholesterol and lowers fasting triglycerides more effectively. Higher levels of HDL are associated with a reduced risk of heart disease. This study showed no difference in total cholesterol or LDL (low-density lipoprotein) cholesterol. Besides, it could only draw on association, not causation.

It is important to understand that the optimal diet plan for a person relies upon various factors such as the kind of lifestyle, the nature of their profession, chronic illnesses or conditions and many others. The daily routine of some individuals might not leave them with sufficient time to have three big meals every day. Also, having large meals may make them lethargic, resulting in decreased productivity. For such individuals, a grazing style eating habit, coupled with the intake of smaller portions, could be a better option to stay full and focussed. Also, frequent meals mean you have to be vigilant about calorific value. Simply because there is no universally accepted definition of what a meal or snack consists of. Theoretically you may need 1,800 calories to maintain your weight and choose to eat six small meals daily. But then can you realistically confine each meal to around 300 calories?

Diet plans are also influenced by the medical conditions of an individual. For instance, diabetic individuals can start feeling weak or worse, experience a drop in their sugar levels, if they have long gaps between their meals. Having a meal plan with more frequent but controlled food portions may be more effective for them. Eating frequently might become a problem for those who can’t control their portion sizes, medically known as stimulus-bound eating. This can lead to the consumption of food that one likes, in larger portions, leading to weight gain. Self-control to resist food urges is not particularly their forte. It is better for such people to consume full meals in controlled settings. Eating three big meals can lead to satiety, leaving one feeling full for a longer period and maintaining their concentration.

Planning a healthy eating routine involves limiting the amount of calorie consumption according to the body’s requirements, dividing those calories across the day, and finalising the gap between each meal. While gapping between meals might not seem a very important factor in diet planning, it often becomes a deciding factor for the success of your dietary goals.

Research continues to evolve in the domain of healthy eating habits. Given the importance of being in the recommended BMI range and the relationship between the gut microbiome and one’s health, such research is crucial. However, it is important to be careful given the state of current research where findings are often nuanced and contingent on a variety of factors. If not careful, one can draw simplistic conclusions leading to fad diets and yo-yo dieting with one repeatedly cycling between weight loss and weight gain. Remember, there is no conclusive evidence to determine the relationship between meal frequency, body composition and the risk of obesity.

Given the plethora of recommendations with several being contradictory, one’s best course of action is to strive for healthy eating habits which are sustainable over the long term. Developing a personalised meal plan based on one’s calorie intake recommendations, consumption of a higher proportion of healthier calories, and an eating frequency that works for their circumstance will be a nice start when embarking on one’s healthy eating and weight journey.