How to live longer: GlyNAC supplement shown to ‘reverse ageing hallmarks’ in humans 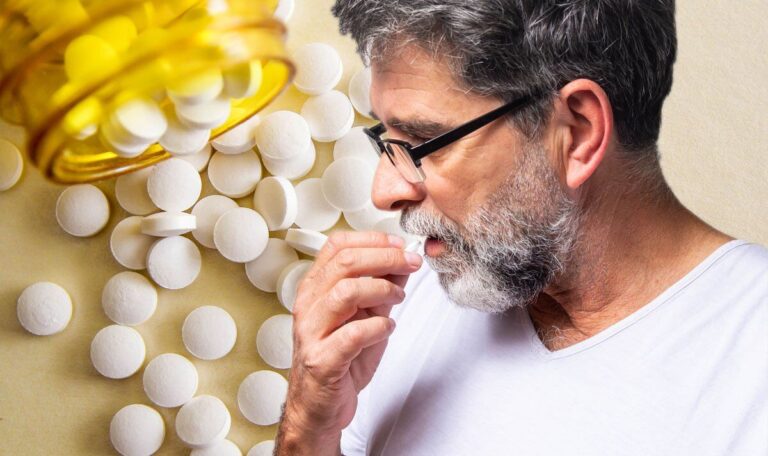 The focus of ageing science has shifted from living longer to prolonging good health. In order to achieve this, scientists have had to map out the hallmarks of ageing – and their efforts have paid off. According to new findings, the supplement GlyNAC may reverse ageing signs in older people and mice, boosting longevity by 24 percent in rodents.

GlyNAC is a blend of amino acids which act as a precursor to glutathione, the body’s master antioxidant, according to Today’s Practitioner.

“In addition to defending against oxidative damage, glutathione is also known to help offer protection from toxic metals including mercury,” adds the health body.

There is evidence supporting the use of GlyNAC for psoriasis, mobility issues, peripheral artery disease patients and Parkinson’s disease.

New research published in the Journals of Gerontology, Series A, has found older people taking GlyNAC for 16 weeks reverse certain signs of ageing.

READ MORE: How to live longer: Ward off diabetes, dementia, and cancer

These defects included oxidative stress, glutathione deficiency, and other hallmarks relating to inflammation, insulting resistance, stem cell fatigue among others.

The corresponding author of the study, Doctor Rajagopal Sekhar, professor of medicine in endocrinology, diabetes, and metabolism at Baylor said the effects were limited to subjects taking the supplement.

He noted: “This is the first randomised clinical trial of GlyNAC supplementation in order humans, and it found that a wide variety of age-associated abnormalities improved in older adults supplemented with GlyNAC, while no improvements were seen in those receiving a placebo.

“GlyNAC supplementation in ageing mice increases their length of life by 24 percent.”

This finding was published in the journal Nutrients in March after scientists hypothesised that the supplement would increase longevity.

Scientists conducted their research on mice to determine the length of life, age-associated GSH deficiency, mitochondrial dysfunction, and genomic damage in the heart, liver, and kidneys.

READ MORE: How to live longer: Supplement associated with reduced risk of cancer

“GlyNAC could be a novel and simple nutritional supplement to improve lifespan and health span, and warrants additional investigation.”

He noted: “Gait speed is reported to be associated with survival in older humans. Our randomised clinical trial found a significant improvement in gait speed in older humans supplemented with GlyNAC.