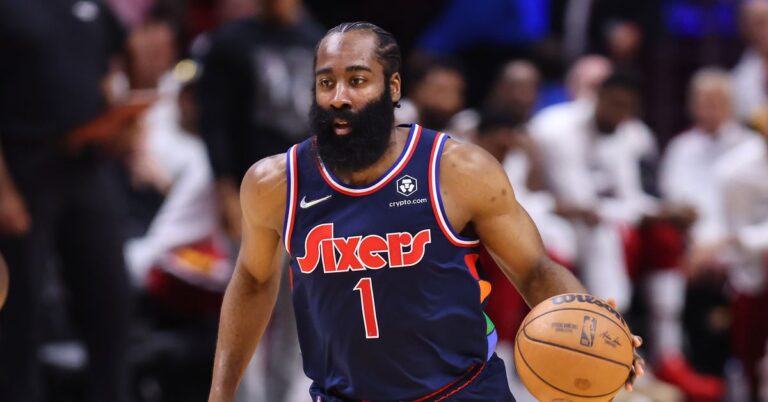 But over the past couple of seasons, a few injuries have caught up to him. Namely, a slew of hamstring ailments have seemingly sapped a good degree of his explosiveness, limited his playing time and relegated him from MVP-caliber superstar to inconsistent All-Star. He’s remained an excellent player, but the peaks are lower and less frequent.

Harden is aware of the necessity to alter his approach as he ages, set to embark on his 14th season at age 33 once the year begins in October (his birthday is next month). Recently, he spoke with Adrienne Faurote of Haute Time and dished on a number of topics, including how he’s using the summer to tweak his diet in hopes of regaining his elite form on the court.

“I’ve got to be cautious of what I eat, because as you get older, your metabolism slows down. It sucks honestly, because I love to eat and I don’t want to be having to watch how many calories I intake,” he said. “I don’t shred fat as fast as I used to, so I have to work extra hard, especially in the summertime. In the summertime, I just want to be free; I want to eat, sip wine, and do whatever I want to do.

“And it’s still [early summer], so I don’t want to be going crazy working out now, but I am going into year 14, so I’ve got to be cautious as far as hitting my peak — when I’m supposed to be in my stride — going into the season.”

Harden touches on an array of other subjects, both related to basketball and unrelated to basketball. He mentioned how this summer, he’s primarily focused on being in the best shape possible and “making sure my body feels good.” However, he noted the offseason is also a time to recharge and “sometimes, you want to have a little fun.” Yet ultimately, “there is a goal, and to get there, you have to put the work in.”

Faurote did a superb job of balancing James Harden, the athlete, and James Harden, the human, in her profile. It’s absolutely well worth a read for more details, and the self-awareness he provided about his changing circumstances is commendable.