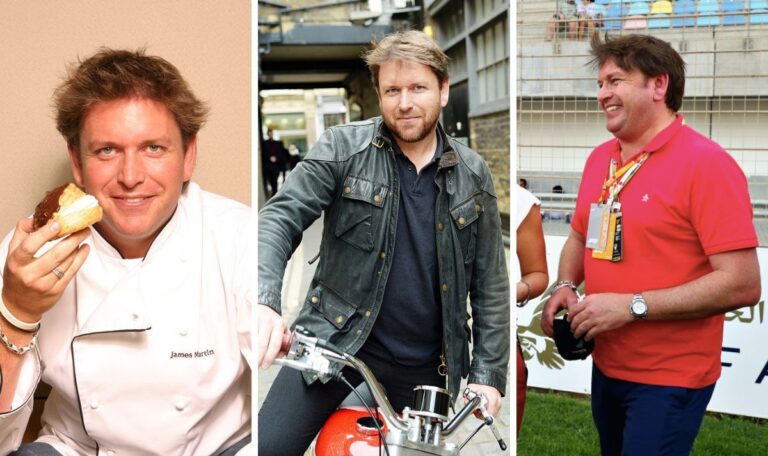 Celebrity chef James Martin reportedly dropped three stone in four months competing on Strictly Come Dancing in 2005. Fluctuating a little in the years after this, he finally found the secret to shedding excess fat.

A healthy diet and exercise are obviously key components of a weight loss regime.

However, it was not the chopping board or the gym that got James Martin in shape post Strictly.

In order to lose weight, the chef decided to track and up his water intake.

With this, he also cut down on soft drinks.

He revealed that this method helped him shed a whopping 2st 3lbs – without hitting the gym or restricting calories.

But when it comes to water, what’s the magic number for weight loss?

The chef shared: “I still eat exactly the same.”

The chef manages to do a lot of daily steps due to his hectic job, so upping his water intake was the lifestyle change he really needed.

But weight loss isn’t the only result of his newfound healthy habit.

In conversation with Hello! magazine, James revealed that upping is water consumption has helped with his skin.

Not only this, opting for water as opposed to soft drinks has had an effect on the chef’s brain, he said, making him feel “alive”.

According to Medical News Today, the weight loss benefits of water are aplenty.

Swapping out daily coffees, fizzy drinks and juices for water will have a dramatic impact on slimmers’ calorie intake.

Not only this, water suppresses appetite, as it takes up space in the stomach.

Water is also necessary for burning fat, as the body cannot metabolise without it.

However, while cutting back on sugary drinks and drinking more water are certainly beneficial weight loss methods, slimmers can expect faster results by altering their diet and exercise regimes too.

Directly after his stint on Strictly, James told The Herald that he examined his diet, deciding to stop “stuffing” his face with Mars Bars and takeaways.

Instead, he opted for fresh, home cooked food – which couldn’t have been too hard considering his culinary prowess.