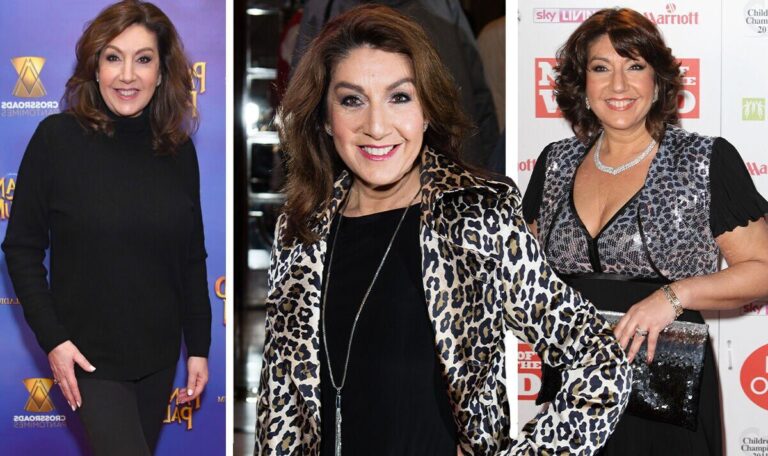 Beloved TV star Jane McDonald, has turned and over the years with her incredible weight loss transformation, which saw her drop from a size 12-14 to an eight. But how did she lose the weight? The 59-year-old has previous revealed that her diet limits “white carbs” such as white flour or white pasta, and she doesn’t eat crisps.

She chooses to start the day with a green smoothie every other morning.

“I blend up a mixture of raw greens, flax seeds, chia seeds, spinach, kale, mint and a banana. It really is lovely,” she said.

Since 2017, Jane has presented her Channel 5 TV travel show Cruising with Jane McDonald, but while she’s sailing and having the time of her life doing what she loves best, she admitted she puts weight on easily when she goes on cruise ships.

She said in 2019: “That is the first cruise I’ve put about eight pounds on. I ate my own body weight on that cruise,” Jane said.

“I don’t eat everything that I could eat on a cruise. I eat a lot of salads when I’m at home. But when I’m away, I’m away.

“I don’t want to be on a diet on a cruise because I want people to see what they can have,” she told PA.

But she learnt valuable ways to lose weight and keep a slimmer figure after appearing on ITV’s Sugar Free Farm in 2016, and successfully losing four stone by kick-starting her journey to a healthier her.

Contestants were given a sugar-free diet to follow in order to improve their overall health, and by cutting out the tasty but not weight loss-friendly ingredient out of her diet, Jane lost over a stone (9lbs), in the first two weeks.

Speaking to Express.co.uk previously, Jane revealed: “I lost a stone and a half from taking part in the TV show Sugar Free Farm.

“I like my life, and my schedule takes a lot of energy, but I was beginning to get quite tired and I was blaming it on age.”

The programme taught her a lot and she now no longer eats bread that contains yeast.

Jane said at the time: “The only bread I eat is one that I’ve got a recipe for from Angelique Panagos [the ITV show nutritionist].

“It’s got no yeast in it and it’s made with lots of pumpkin seeds, sunflower seeds, wholemeal flour, oats and yogurt of all things.

“It’s literally 20 minutes and it’s made – ready to put in the oven,” she told the Daily Star.

Jane added: “I don’t eat a lot of it but when I’m really craving a bit of starch I just get some out of the freezer and stick it in the toaster and it’s done.”

By the end of the programme, Jane had lost a stone and a half and by 2016, she had lost four stone.

And she has maintained her slim physique by continuing to stick to some of the rules of the show.

Back in 2015, The Cruise star revealed they had to cut out alcohol, cakes, biscuits and convenience food.

She said the hardest thing for her was not having red wine.

Jane completely cut down on wine, and only had a glass once a week.

The contents of her fridge are now filled with much healthier foods: “It’s stuffed from top to bottom with lean meat and chopped veg in boxes of Tupperware – peppers, spinach, things like that,” she said.

“I’ve got a new lease of life – appearing on this programme is the best thing I’ve ever done.”