Jennie McAlpine weight loss: TV star dropped two stone with basic method – how she did it 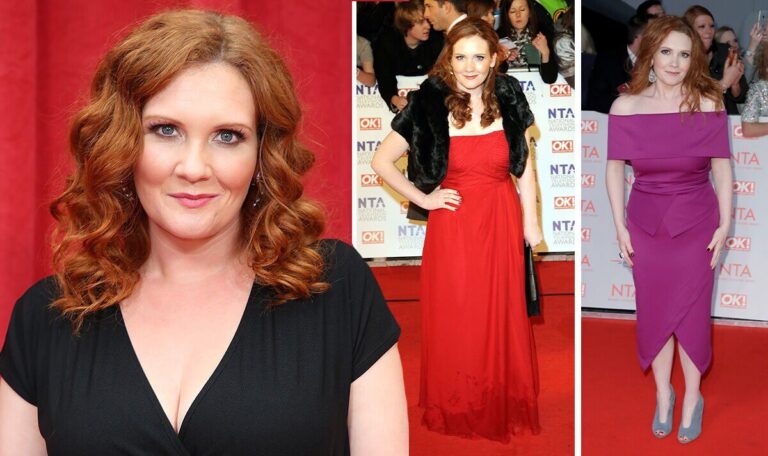 Coronation Street actress Jennie McAlpine, has stunned fans over the years, transforming her body and maintaining her slim figure. Since joining the Weatherfield clan back in 2001, she has lost a significant amount of weight and it turns out she follows a very simple method that guarantees weight loss.

The TV star, who plays Fiz Brown in the ITV soap, has lost two stone since embarking on her healthier lifestyle, dropping three dress sizes in the process.

Jennie explained what she did in order to shed the pounds.

“If you eat more of the good stuff and take more exercise, then you’ll lose weight,” she said.

But while she makes sure her diet is healthy, she doesn’t restrict herself too much.

Instead, she uses “common sense” to find the right balance.

“But there are times in our lives when we’ve lost people or or we’ve just become mums and we’re more vulnerable.”

She added: “I go on social media but I don’t love it and I hope it becomes extinct by the time my children have grown up.”