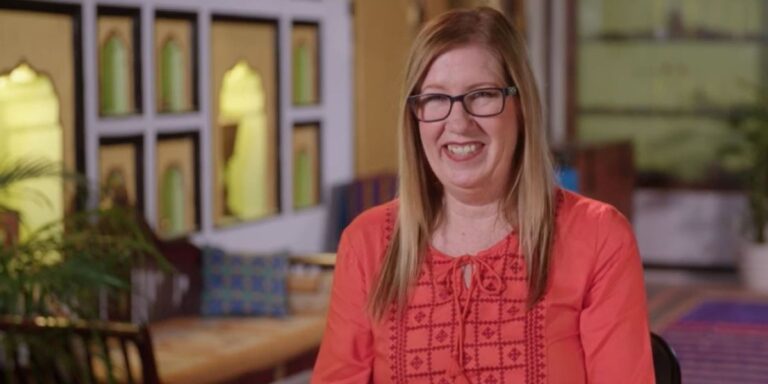 Jenny Slatten, who will appear in 90 Day Fiancé: Happily Ever After? season 7 with Sumit Singh, gets honest about how she really lost weight.

Jenny Slatten from the 90 Day Fiancé franchise shared how she lost weight after getting married to Sumit Singh. Palm Springs woman Jenny hopped on a plane to Delhi in 90 Day Fiancé: The Other Way season 1 to start a new life with Sumit in India. Sumit, a call center employee, had met retiree Jenny when he was masquerading as Michael Jones on Facebook and catfished her for a year. Jenny and Sumit fell in love regardless and dated long distance for a year after meeting once in India. But between Jenny’s first stay in the country to her second one, Sumit married a different woman in 2016 that Jenny didn’t’ know about.

Three seasons later, Jenny became Sumit’s wife after many trials and tribulations. Their 30-year age gap was the biggest concern for Sumit’s parents, who feared that society would scorn them. While Jenny adapted to the Indian culture beautifully, she still couldn’t win over Sumit’s parents. Staying in India on a tourist visa was getting difficult but their wedding in the The Other Way season 3 finale solved most of their problems. Fans saw Sumit and Jenny navigating married life on Facebook and Instagram and noticed that the American grandmother had started to look different. While there was never any news of Jenny getting weight loss surgery like her fellow 90 Day Fiancé alums Angela Deem or Tiffany Franco, fans started speculating if Jenny got plastic surgery done.

However, Jenny, who’s returning to TLC on 90 Day Fiancé: Happily Ever After? season 7 with Sumit, recently spilled all her weight loss secrets. In an interview with TV Season & Spoilers, it was initially Sumit who blurted that the secret to Jenny’s weight loss is “Indian food.” However, Jenny explained that she actually doesn’t eat a lot. Indian food doesn’t agree with Jenny and ends up giving her stomach problems. “And that helps lose weight a lot, you know what I’m saying,” Jenny laughed.

Noida resident 90 Day Fiancé cast member Sumit added that the two of them have been eating freshly cooked food and not a lot of junk food. Jenny has also been drinking far less soda than she used to. When she was in America, Jenny was “addicted” to Dr. Pepper. She says it’s hard to find the beverage in India, so she ended up quitting it. Jenny now drinks water instead more than anything else. Back in March 2021, Jenny had shown a different side to her on Facebook by sharing a video of her taking a walk. Jenny had encouraged her fans to start walking and announced that she lost almost five or six pounds from that alone.

As fans are aware, Sumit never told his parents that he was marrying Jenny at the end of The Other Way season 3, but his parents Sadhna and Anil were okay with the couple staying together. As per the newly-released teaser for Happily Ever After? season 7, Jenny and Sumit’s marriage is off to a rocky start, and they discover there are ways in which they aren’t comfortable. Things even seem to get violent between Sumit and Jenny in the preview. They are also realizing their age difference could be affecting their relationship. These days, fans compliment Jenny on Instagram by saying she looks so youthful, an it seems that the 90 Day Fiancé star’s weight loss secrets are working.

Next: 90 Day Fiancé: Jenny Slatten & Other Stars Who Got Glam After Age 50