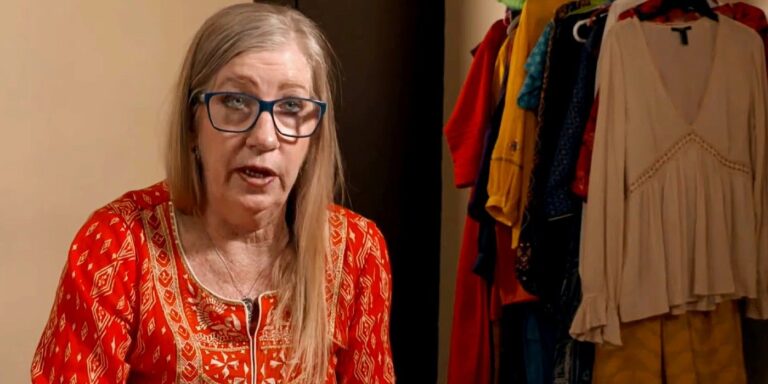 The popular 90 Day Fiancé: The Other Way star Jenny Slatten has made some dramatic fashion mistakes since her weight loss transformation.

Former 90 Day Fiancé franchise cast member Jenny Slatten mostly dresses to impress, but sometimes, she sports odd fashion on her Instagram. Most fans know Jenny from 90 Day Fiancé: The Other Way, where she appeared alongside her Indian beau, Sumit Singh. The couple had a long history of controversial moments, such as catfishing and family drama.

However, the two made it work and got married during 90 Day Fiancé: The Other Way season 3. Since then, Jenny has been on an unstoppable fitness journey, and has lost a lot of weight. In a 2021 video, she talked about how she began transforming her looks, and the reason for her weight loss. According to her, amid the pandemic, she opted for walking as a daily activity. The popular reality star added that she lost six pounds due to her walks.

Related: 90 Day Fiancé: Why Jenny Slatten May Put Up With Sumit’s Mom For Money

Since Jenny and her new Indian husband are returning to the small screen in 90 Day Fiancé: Happily Ever After? season 7, they have been doing press, and both opened up about weight loss in an interview. The couple shared that Jenny eats less than usual, since Indian food irritates her stomach. Although a lot of people think that Jenny looks better than ever over the last few years, she’s sometimes been part of the worst social media fashion disasters.

In her late 2021 post, Jenny appeared in her husband’s Instagram post while wearing an outdated look. She wore a traditional suit with a scarf, and a printed top that really clashed with Sumit’s minimal black T-shirt. Thankfully, Jenny’s loyal fans did not care too much about her outfit. They supported her in the comments, and were more concerned about her marriage with Sumit.

Last year, Jenny sported a vibrant orange outfit. Her vivid blue-green sunglasses and patterned bandanna looked out of place in the photo. Also, her traditional earrings and necklace didn’t go with the look. However, the most awkward thing about the post was the contrast between Jenny and Sumit’s outfits. While the mother of two seemed incredibly prim and proper in her ensemble, her husband looked like he was enjoying a day at the beach in his black tank top.

In July of this year, Jenny posted a picture from her trip to the Taj Mahal. The photo shows the Palm Springs native sporting a solid red tunic and white leggings. Although Jenny’s outfit seemed comfortable, it looked like she put as little effort as possible into her attire. Her outfit looked old-fashioned, although the red and white color combination seemed quite attractive. Some fans were confused by Jenny’s makeup and asked, “What is the meaning of the dot on forehead?” Time will tell if Jenny steps up her fashion game in the next season of the 90 Day Fiancé spin-off.

Next: 90 Day Fiancé: What Jenny Slatten Can Do To Impress Sumit’s Family