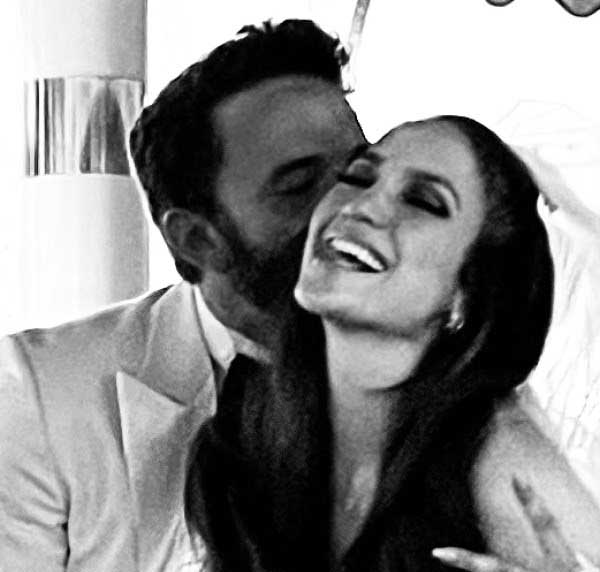 Grammy award-winning superstar, Jennifer Lopez, 52, finally walked down a reportedly “short” aisle to marry Oscar-winning director and actor, Ben Affleck, 49, in a ceremony at the Little White Chapel in Las Vegas on Saturday, July 16, according to a People magazine. The publication reported that the couple obtained a marriage license in Clark County, Nevada over the weekend, according to court records.

In a post on her website, “On the JLo,” the Bronx actor, dancer, producer, singer, businesswoman and philanthropist, later confirmed the news, writing, “We did it. Love is beautiful. Love is kind. And it turns out love is patient. Twenty years patient.”

The couple first got engaged in November 2002, but postponed their wedding just days before it was due to go ahead in September 2003. They later called off their first engagement in January 2004, citing “excessive media attention.” Lopez, a Castle Hill native, who attended the Catholic, elementary, Holy Family School, and later the all-girls Preston High School went on to marry, in June 2004, singer and actor, Marc Anthony, with whom she has twins, Max and Emmy. The couple divorced in 2012.

Meanwhile, Affleck married actress, Jennifer Garner, in 2005. Together, they have daughters, Violet Anne and Seraphina Rose Elizabeth, and a son, Samuel Garner. Affleck and Garner separated some years later, and divorced in 2018.

Lopez had been dating former Yankees star, Alex Rodriguez, since February 2017 and the couple even got engaged at one point. However, the wedding never went ahead and they went their separate ways in early 2021. The same year Affleck and Lopez rekindled their romance, and in April 2022, they announced their second engagement.

Lopez said the couple’s wedding was exactly what they had wanted. “Last night, we flew to Vegas, stood in line for a license with four other couples, all making the same journey to the wedding capital of the world,” she wrote, adding that behind them were two men holding hands and holding each other, and in front of them, a young couple who had made a three-hour drive from Victorville on their daughter’s second birthday.

She said like the other couples present, they all wanted the same thing — for the world to recognize them as partners, and to declare their love to the world through what she called the ancient and nearly universal symbol of marriage.

The “Hustlers” star later joked that the couple barely made it to the Little White Wedding Chapel by midnight, adding that the chapel owners graciously stayed open a few minutes late and let the wedding party take pictures in a pink Cadillac convertible, which she added was “evidently once used by The King himself.” She then explained that if they had wanted [an] “Elvis” to show up for the ceremony, it would have cost extra, and that “he was in bed.”

Without naming who they were, Lopez said the couple had “the best witnesses you could ever imagine,” and in-keeping with some age-old marriage traditions, she said she wore a dress from an old movie and Ben wore a jacket from his closet. She added, “We read our own vows in the little chapel and gave one another the rings we’ll wear for the rest of our lives.”

The “Get Right” performer said the wedding party were even able to activate Bluetooth to facilitate a “short march” down the aisle. “But in the end, it was the best possible wedding we could have imagined, one we dreamed of long ago, and one made real in the eyes of the State, Las Vegas, a pink convertible, and one another, at very, very long last,” she said.

The “Jenny from the Block” singer continued, saying, ‘When love is real, the only thing that matters in marriage is one another, and the promise we make to love, care, understand, be patient, loving and good to one another. We had that, and so much more: best night of our lives. Thank you to the Little White Wedding chapel for letting me use the break room to change, while Ben changed in the men’s room.”

She concluded, saying, “They were right when they said, ‘all you need is love.’ We are so grateful to have that in abundance, a new wonderful family of five amazing children, and a life that we have never had more reason to look forward to. Stick around long enough and maybe you’ll find the best moment of your life in a drive-through in Las Vegas at 12.30 in the morning, in the tunnel of love drive-through with your kids and the one you’ll spend forever with. Love is a great thing, maybe the best of things, and worth waiting for.”

Though Lopez has been living in Los Angelus for years, she has never forgotten her Bronx roots. Her philanthropic work dates back to at least the aftermath of 9/11, and she also later supported relief efforts in the borough following Hurricane Sandy. Meanwhile, founded in 2009 with her sister, Lynda, an author and journalist, the Lopez Family Foundation aims to provide quality healthcare and health education to women and children, regardless of their ability to pay. It aims to achieve maximum impact through a commitment to a form of health care using telecommunications technology to treat patients.

In 2014, Montefiore Medical Center partnered with the foundation to establish the Center for a Healthy Childhood in the borough. Its mission is to promote healthy living through a number of community health programs.

Montefiore partners with the Lopez Family Foundation for the establishment of the Center for a Healthy Childhood in The Bronx on October 28, 2014. Video courtesy of Montefiore Medical Center via YouTube.

The Healthy Steps Program focuses on mothers and children of 5 and younger, to improve physical and mental health through preventive screening, assessments, counseling and interventions. The Bronx Collective Action to Transform Community Health (CATCH) program is dedicated to improving health, nutrition, and opportunities for physical activity on a neighborhood level in communities around six Montefiore Medical Group primary care sites throughout The Bronx.

Meanwhile, The Bronx Nutrition and Fitness Initiative for Teens (B’N Fit) program is dedicated to helping adolescents with obesity, providing a safe environment for teens in need of comprehensive services to control and reduce obesity while addressing their complex emotional issues. It aims to help participants maintain or lose weight during the 9-month program cycle, which reduces body mass index (BMI) as the teens continue to grow in height.

In efforts to ensure a more equitable recovery for marginalized groups from the economic downturn caused by the coronavirus pandemic, in September 2021, Lopez visited indie bookstore, The Lit. Bar, in the South Bronx to announce a new partnership, Limitless Labs, part of the “10,000 Small Businesses program,” with Goldman Sachs.

The program aims to elevate and support Latina entrepreneurs to grow and create jobs by providing them with greater access to education, capital, and business support services. To date, more than 10,000 business owners have graduated from the program across all 50 states, Washington, D.C., and Puerto Rico.

Participants gain practical skills such as financial statements negotiation, marketing, and employee management. They also gain the tools to develop a customized business plan for growth, for free.

Last year, Lopez supported and performed in the Global Citizen Live concert in New York City. Global Citizen Live calls for action to halt climate change, and for wealthy countries to deliver on the $100 billion climate pledge, $6 billion for famine relief, and COVID-19 vaccine justice for all. On Sept. 25, 2021, over 60 million COVID-19 vaccines, 157 million trees, and more than US$1.1 billion in commitments to climate, famine, and COVID-19 response efforts were announced as part of the partner-led campaign. The campaign continued in the lead-up to the G20 Summit and the United Nations Climate Change Conference (COP26) later that year.

Meanwhile, knowing The Bronx native’s fervent support for The New York Yankees and her new husband’s longtime and much publicized support of the Boston Red Sox, we can’t help but wonder if Saturday’s thrashing at Yankee stadium came up as a topic of conversation at all over the weekend nuptials. The Yankees won the game 14-1 on the couple’s wedding day.. Judging from the smiling happy faces captured in these photos, we think maybe not…

From The Bronx, Norwood News sends our best wishes to the happy couple!