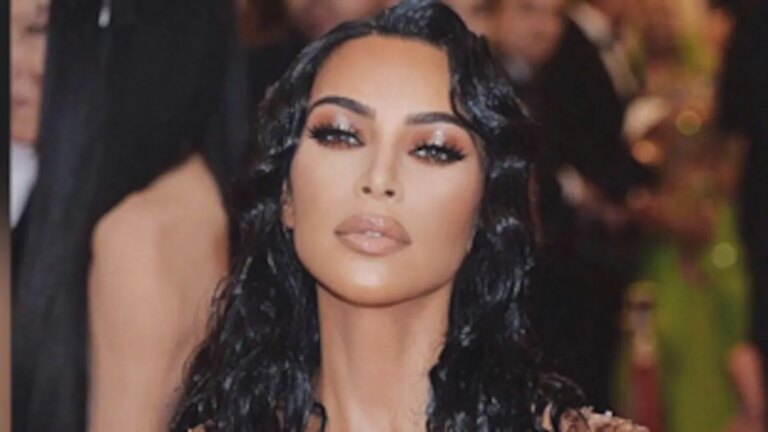 Hollywood star Kim Kardashian is indeed one of the biggest stars today. While you all know her as a fashion icon, model, entrepreneur, and reality TV star, did you know that Kim Kardashian is also a foodie?! Sounds surprising, doesn’t it? You might believe that Kim follows a strict diet, but she has never shied away from food. The star vouches for a healthy plant-based and vegan diet and even makes such dishes at home. However, when Kim is not indulging in healthy foods, it seems like she lets go of her diet and enjoys various delicacies. Recently, the model has been hitting the headlines after she reportedly spent $576 (AUS) on a meal.

The reality TV star made a trip to Australia last week to visit her boyfriend Pete Davidson, who is shooting his latest movie “Wizards” there. According to reports, she went out on Tuesday night in Cairns, Queensland, at Piccolo Cucina. A waiter at the restaurant shared an image of the food bill receipt online and claimed that Kim splurged on a lavish dinner. He also claimed that Kim gave him a ‘hefty’ tip for the service.

In the snapshot of the bill which the waiter posted, you can spot items such as Caprese salad, bruschetta, arancini, calamari, pizza, pasta, gnocchi, and lasagna. While these were all the mains, they didn’t skip on the dessert and had a chocolate tart and Nutella pizza. In the story that the waiter posted, he also wrote, “Just finished work and have copious amounts of Kimmy fans apparently. Here’s her bill.” Take a look at the story below:

While this surely seems like a feast, you will find Kim Kardashian indulging in healthy bites more than often. Just a few days back, she had given us a glimpse of her delicious breakfast. She has a bowl with a reddish yoghurt base that is topped with mango, banana, strawberry, kiwi, muesli, and dry coconut shreds. A cup of hot tea is also there with the meal. You can read all about it here.

Regarding her professional life, Kim Kardashian recently appeared on the Balenciaga runway. The actress’s black gown and black boots astounded the audience. She also earlier hit the headlines when she stunned people with the famous Marilyn Monroe dress at the Met Gala 2022.