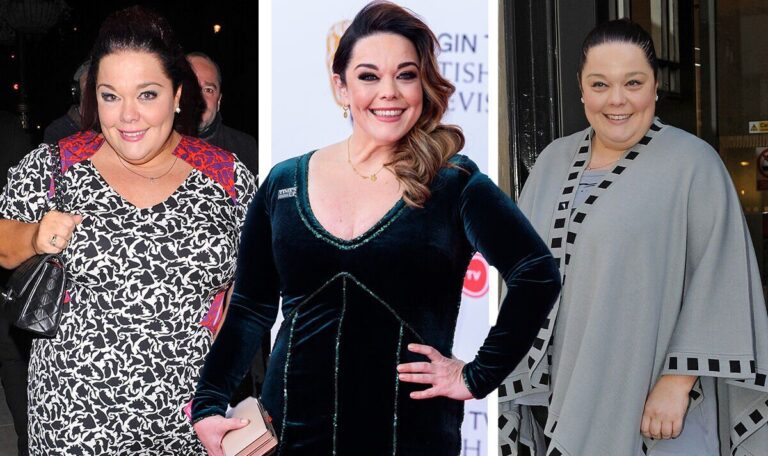 Lisa Riley has left fans in awe with her incredible weight loss transformation. Loyal viewers watched the actress go from a size 28 to a 12 or a 14.

But how did she do it?

After doing a stint on Strictly in 2016, the soap star, who recently announced she would be returning to Emmerdale as Mandy Dingle, revealed it kickstarted her journey to a healthier her.

“I saw a difference dancing seven hours a day and then I just ate soup as I didn’t want all that food jiggling around while I danced.

Lisa has dropped a staggering 12 stone over the years and she revealed her new, slimmer frame is all down to exercising, swapping to a healthy diet and cutting out alcohol.

“I’ve been going to Zumba classes which is fun,” she said, revealing she finds the gym “boring”.

According to WebMD, besides losing weight, Zumba can help lower a person’s risk of heart disease, reduce their blood pressure and bad cholesterol, and boost their good cholesterol.

Lisa revealed she decided to stop drinking alcohol for initially nine months alongside her pregnant friends.

She explained: “All my girlfriends gave up booze for nine months while they were pregnant, so I thought I’d do nine months, but it’s nearly a year now and I don’t even want a drink.”

As a result of giving up the booze, Lisa went on to lose 10 stone.

She went from a size 30 to a size 14-16, but she said she isn’t afraid to treat herself to her favourite foods once in a while

“I still eat chocolate if I want it and don’t feel guilty,” she said.