Liz Reaches Weight Loss Goal In Before & After Pics 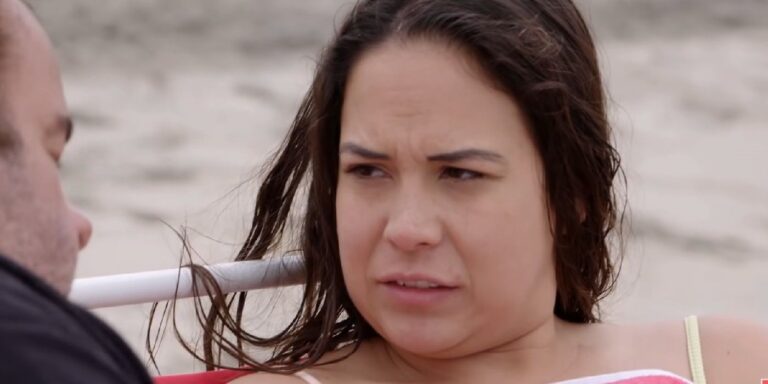 After losing 20 pounds, 90 Day Fiancé franchise star Liz Woods reveals her surprisingly skinny physique in a before and after photo comparison.

Former 90 Day Fiancé franchise star Liz Woods has finally achieved her desired weight-loss goal, and she celebrated the occasion by posting a comparison picture. Fans may know the 29-year-old reality star from 90 Day: The Single Life, where she appeared alongside controversial cast member Big Ed Brown. The couple’s relationship on the show made many fans cringe due to their age gap and lack of compatibility. However, despite several messy fights, Liz and Ed are currently together and apparently looking forward to getting married in 2022.

Liz began her workout plan after she got engaged to Ed on the popular TLC show. Fans who have been following her on social media have seen that she has been working hard to achieve her fitness goals. According to the restaurant manager, she works out in the gym multiple times a week and strictly follows a healthy diet. Besides, Liz has also previously advertised a fitness and training boot camp that helped her to lose over 15 pounds in a month. 90 Day Fiancé fans can see a dramatic transformation in Liz’s before and after pictures, and they are proud of her fitness achievements.

Once again, Liz has posted an impressive photo comparison on Instagram to reveal her weight loss makeover. The 29-year-old single mom shared that she had finally reached her goal of losing 20 pounds and was happy to wear her old outfit. Liz wrote, “Reached my goal this morning & couldn’t wait to rewear this outfit,” as she flaunted her transformed look in the same outfit she wore months ago on a date with Big Ed. Liz looked like a fairy in her white tank top and matching skirt.

The most noticeable difference in the comparison photo was the fit of the 90 Day Fiancé star’s outfit. In the older picture, the white top and skirt seemed skin-tight, while in the latest picture, the attire looked like a perfect fit. Liz also seemed much happier to show her side profile and flaunt her flawlessly flat belly and toned arms. While Liz was never overweight, it is great to see that she is much happier and feels healthy after her weight-loss transformation. The mother of one has put a lot of time and effort into her fitness journey, and it’s good to see that she has finally achieved her desired figure.

In the past, many 90 Day Fiancé fans have disliked Liz and Ed’s relationship. However, they’re now warming up to the idea of their marriage. Along with Liz, Ed has also undergone a weight-loss transformation over the last few months. At this point, this duo seems ready to look great at their wedding and make it extremely memorable. 90 Day Fiancé viewers hope that Liz and Ed will have a great year ahead and a successful marriage.