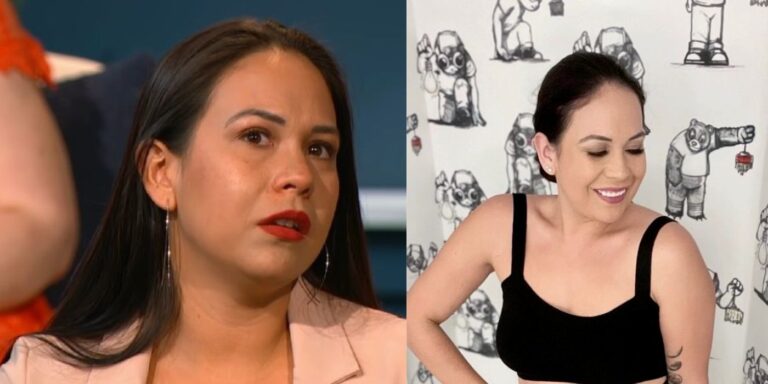 Former 90 Day Fiancé franchise cast member Liz Woods’ before and after weight-loss pictures show that she had a full-body transformation in the last few months. Fans first met the 29-year-old reality star on 90 Day: The Single Life with Big Ed Brown. The couple had a troublesome relationship on the show, with a lot of drama and fights. However, the two got back together after a brief breakup and are now engaged.

While fans didn’t initially admire Liz’s relationship with Ed and thought it was fake, they are now happy to see this 90 Day Fiancé couple preparing to get married. Liz and her beau seem extremely happy with each other lately. They are now focusing on achieving their desired bodies.

While Big Ed has been working out in the gym to lose weight, Liz has reached her weight-loss goal and looks more confident than ever. The single mom was never overweight, but she wanted to fit into her old outfits and feel happy about herself. Hence, she went on a strict diet and started working out multiple times a week to lose 20 pounds.

A photo of Liz from her time on 90 Day: The Single Life Tell-All compared to her post from June 2022 shows a drastic difference in her physique. In the older picture, the 29-year-old has a heavier and unhappy face due to all the drama during the Tell-All. However, Liz‘s newer picture shows her having the time of her life at Shelter Island and showing off her cheerful and thinner face.

Fans may remember when Big Ed asked Liz Woods to move in with him during their date at the shore. At the time, Liz wore a luxury swimsuit, and her bottoms covered most of her waist. However, in Liz‘s latest picture, she wore a more risque two-piece bikini at the beach. The pink swimsuit complimented Liz’s newly transformed figure as she surfed in the ocean, looking happier than ever. Fans may notice that her belly, arms, and legs look more toned than before.

The picture on the left shows Liz showing off her amazing diamond ring while flaunting her curvy body. While the former reality star looks beautiful in the picture, her dress seems a bit skin-tight, causing her waist to bulge. The newer photo shows that Liz does not have to worry about fitting into her outfits anymore. Her white dress from her Instagram Story looks stunning on her. Liz may be feeling more confident and happy after weight loss, but 90 Day Fiancé fans have always found her stunningly beautiful.

90 Day Fiancé: Why Thais Is Right to Be Wary of Patrick’s Brother John