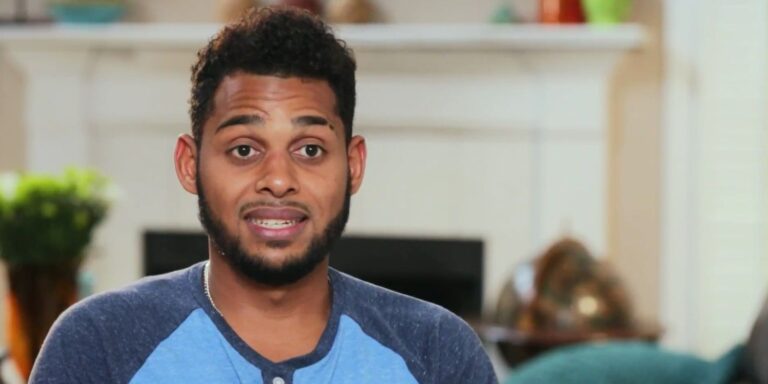 90 Day Fiancé alum Luis Mendez is known for his weight loss journey, and fans love the way that he candidly shares his results on Instagram.

90 Day Fiancé season 5 star Luis Mendez was a bartender in the Dominican Republic when American Molly Hopkins fell for him. While he displayed a lot of charm at first, his relationship became a disaster. Not only did he gaslight Molly, but he spoke inappropriately to her underage children, including asking 17-year-old Olivia provocative questions about her sex life.

After regretting their secret marriage, Molly divorced Luis. Despite struggles following season five, including an altercation with her daughter Olivia, Molly thrived. She is a successful entrepreneur with her own company, LiviRae Lingerie.

Luis went on to find a new wife, but his second marriage is now over. Last year, there were reports stating that Luis will soon be deported from America back to DR. According to Luis’ Instagram, he is still living in New Jersey.

Luis uses social media relatively infrequently, with only one post so far this year. However, based on what he has documented on Instagram, his weight loss progress over the last several years is impressive. Luis has taken down older gym photos from his Instagram, with the only remaining photo of his old exercise sessions dating back to 2017, before Luis’ time on 90 Day Fiancé. As posted above, Luis put a lot of focus into toning his arms.

Luis’ “before” photo was posted in June of 2020, during the pandemic. In the photo, he is visiting the Solara Orlando Resort with his family. Even though the post captures a fun moment, the comments on this particular photo, which are directed at Luis, are nearly unanimously negative. Equal to the storm of Luis’s relationship with Molly was the backlash that he received from audiences because of his time on the show. Despite the fact that Luis gets a lot of shade in the 90 Day Fiancé community, he has 42,000 followers on Instagram. As his fitness journey continues, the comment section of his posts progressively grows more positive.

Above is Luis’ first photo of himself back at the gym after the pandemic started, as he was wearing a black face mask. Only four months after his “before” photo, Luis has already gotten his arms back into their ripped 2017 condition. Luis wears a slim-fitting black tee, grey shorts, and a snapback hat. Despite him getting dragged online sometimes, most of the comments on this post were positive. Fans praised how great they thought Luis looked, with one loyal follower saying, “I see the gainz.” However, one critic of the former 90 Day Fiancé alum poignantly summarized their thoughts on Luis by saying, “You SUCK.”

As mentioned previously, Luis does not post frequently on social media, perhaps because he’s gotten some negativity online in the past. In the most recent photo that best shows off his arms, Luis “vibes” in a Long Island, New York apartment under club-like blue lighting, with a flat-screen TV in the background. He looks like he’s about to go out to party, dressed confidently in pink aviator sunglasses, a backwards-facing cap, ripped jeans, a gold chain, and a watch. Though his pink “Never Give Up” t-shirt doesn’t define his arms as well as the black shirt from his last gym photo, it’s clear a year later that he’s keeping up with his workout regimen. Comments on his posts from 2021 are almost completely positive, which probably makes him happy.

After the backlash from his season 5 stint, Molly’s ex-husband Luis Mendez from 90 Day Fiancé will likely continue to have an unfulfilling relationship with the 90 Day Fiancé community. Since it’s unknown if he will be deported soon because of his second divorce, remaining fans of Luis will have to watch his Instagram to get updates on his life. Online fans that have remained loyal to Luis support his fitness transformation wholeheartedly.

Cova Brouwer Gentry is a Dutch Canadian action-adventure screenwriter, her stories focused on a childlike love, fear, and awe of the natural and historic world. She recently graduated from Savannah College of Art and Design with a BFA in Dramatic Writing. Cova’s a Reality-Feature writer at Screen Rant. She’s held three Los Angeles-based internships, two including coverage for the creators of GHOSTBUSTERS and SPACE JAM. Cova’s launching a personal brand and production company —SINCERELY, BIGFOOT PRODUCTIONS — to help her create, pitch, and market her Canadian-oriented adventure features. She’s excited to move to Los Angeles and pursue screenwriting full-time. Cova’s read the novel JURASSIC PARK six times and has memorized the film forward and backward. PUPPET HISTORY is Cova’s favorite TV Show, which feeds her obsession with learning anything and everything about history and nature. Cova’s dream is to someday join The Explorers Club in New York as her father has through scientific adventure writing.